Mike Moore was Prime Minister under Labour for 59 days before the 1990 general election elected a new Parliament.

Author Peter Parussini spent time with him the week before his death in February for his new book, Believer - Conversations with Mike Moore.

In this extract, Moore talks about the emergency of "super political leaders", and how National has become "become Labour-lite".

The world may well go through a period of chaos around trade, but very soon sane minds will realise like we've done in history that some kind of order is better than resolving disputes by gunboat.

This chaotic order may initially result in a period where trade is managed between the bigger players and smaller countries like New Zealand and the developing world just have to tag along and accept the rules set by others. 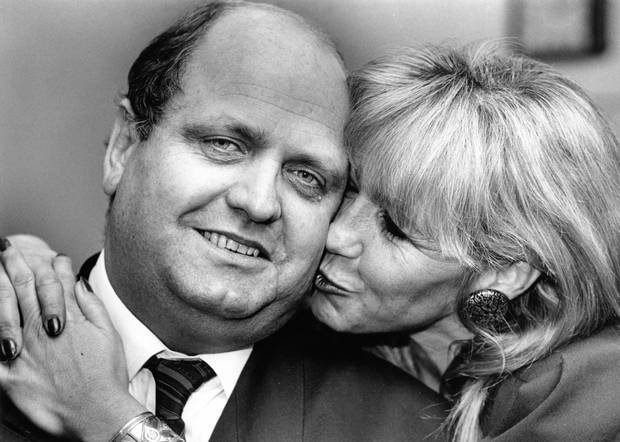 I have more faith in the WTO being a key player in this new world order, though, than I do the United Nations. The UN will continue to exist — and that's a good thing — but it won't reform. The permanent five of the Security Council won't give up their power even though power will move to different countries in future: the US, China, Russia, India, Brazil, what's left of the EU and maybe Britain.

With information so global I think we'll also see the emergence of super political leaders — people who lead a country but can influence the people of another through the power of their ideas and rhetoric, not so much the size of their economies or military.

Donald Trump has become one of those for the bigoted and closed world believers. Jacinda Ardern has the potential to be the counterpoint, for those who believe in tolerance and interconnectedness.

For New Zealand, our standing in the world and our main point of leverage is our understanding of, and influence in, the Pacific. This is one of the new battlegrounds for global resources and strategic military presence. New Zealand's historic and familial links with the Pacific place the country in a perfect position.

We've just got to be careful that we don't become like the Brits, French, Americans and Chinese — and increasingly the Australians — bringing the modern equivalent of beads and trinkets.

New Zealand's role should always be about technology and capability transfer — a hand up — so that the Pacific nations can become sustainable economies, they don't need to go cap in hand to others and can become truly independent.

Over the next 70 years the EU will break apart. It's an experiment too far. People still have to have a cultural identity and some things aren't the business of governments. 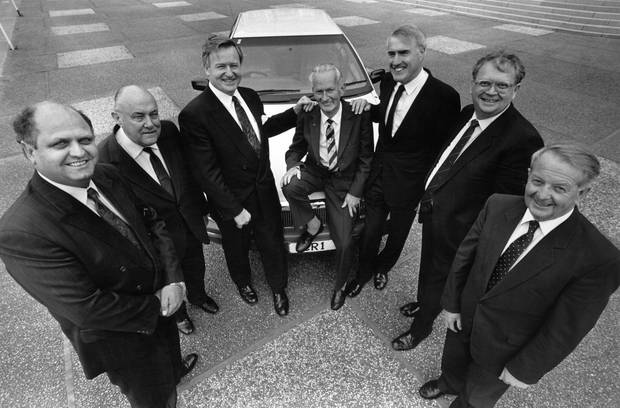 National wants to keep the world the same for as long as they can because it's easy, controllable and less threatening. They tend to always find workarounds that suit their needs. Whether it's getting taxpayers to pay farmers supplementary minimum prices for lamb or the ratepayers of Auckland to pay for their golf course in Remuera, they understand protecting privilege.

Will National stay the same over the next 70 years? It has become softer in its tone in recent years. I put this down to the affable John Key, who doesn't seem to have an ideological bone in his body, and to Bill English, a man driven by his Christian beliefs. I think they've done more to change National and its values than any previous leaders. They've become Labour-lite. The Nats have become much harder to hate. Those two have done more to endanger Labour than any other Tories.

But we can still outflank them. In the end there are certain things they will always find hard to support — like public health and public education — because they see this like any other service that you should be able to profit from.

I don't think the Nats' mild mannered-ness will last because many in that party know the easiest path to electoral success is appealing to the worst side in people, to Kiwis' fears — immigration, race, law and order.

It's their old playbook and history has shown they understand the nature of power better than those of us in Labour. They think it's rightfully theirs. And they don't have bottom lines. We do. 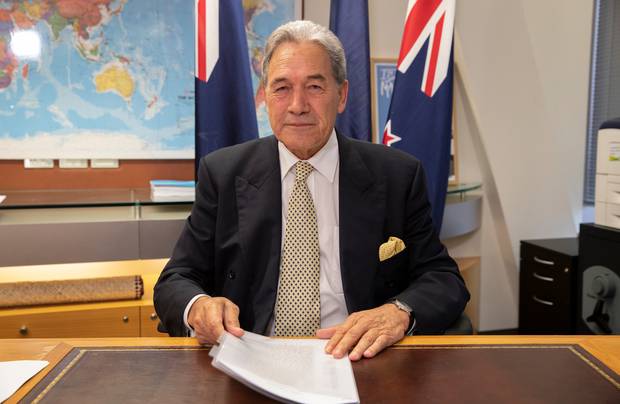 Mike Moore thought that in 70 years, there wouldn't be New Zealand First as it only exists because of Winston Peters. Photo / Mark Mitchell

In 70 years there won't be New Zealand First. It only exists because of Winston Peters. Another politician with charisma might emerge and history shows that there's always room for one of those kinds of parties: nationalist and populist, who play to people's fears rather than their better sides. Most populations have one in 10 people who are attracted to that.

Winston is a likeable rogue. He's an old-fashioned Tory. He understands ordinary Kiwis.

And he's not afraid to push back against political correctness which always threatens Labour. In our efforts not to offend anyone we stifle debate. Once people start double-thinking what they say, you go down an Orwellian worm hole.

I'm sometimes scared that these people will end up controlling the blackboard and reinventing history and dismissing facts. If someone is in any way offended, then your argument is rendered irrelevant.

Young people need to be offended more, I reckon. They might learn something. I'm hopeful of Jacinda Ardern and her generation of leaders.

I was touched that she reached out to me before the 2017 election.

Jacinda's special. She's a Prime Minister with a great human touch and an ability to draw people in. She's fresh and optimistic and appeals to the better side of our natures.

She could teach me a lot about politics. She's a natural. But make no mistake, she's a politician and she's one of the best I've seen anywhere. 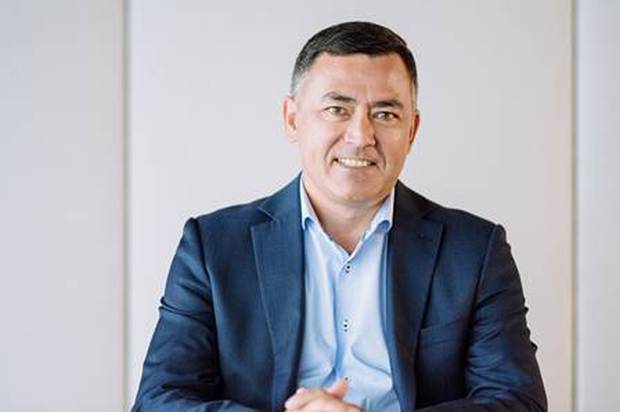 With Jacinda we've struck it lucky. She's genuinely warm and kind and despite her many years in politics seems to be devoid of the cynicism the political system can create. I'm hopeful that her new way of looking at politics, this more empathetic approach, is the antidote, the push-back, to the rising levels of hatred and insularity everywhere. That's why she needs to succeed.

Her style complements Grant Robertson as Minister of Finance. He's shown real strength and is the backbone of this Government. He'd make for a good Prime Minister after her.

Jacinda and Grant and the young people they've attracted to the party are the new generation to take the movement forward.

Martin Luther King once said that the arc of the moral universe was long, but it bent towards justice. What King and the originator of the phrase, 19th-century abolitionist Theodore Parker, were talking about was belief.

While they couldn't see the end of the arc, they were sure it bent in the right direction. They had faith, they believed.

But I also think you have to continually make the case otherwise progressive thought gets pushed back by the forces of privilege. That's why Labour's work is always work that's never done. History isn't linear; the debates and the battles of the past still need to continually be made and won, and not banked and forgotten about.

Jacinda and her generation, though, are now the lifeblood of Labour and I'm confident they've got the baton.

I believe in them. 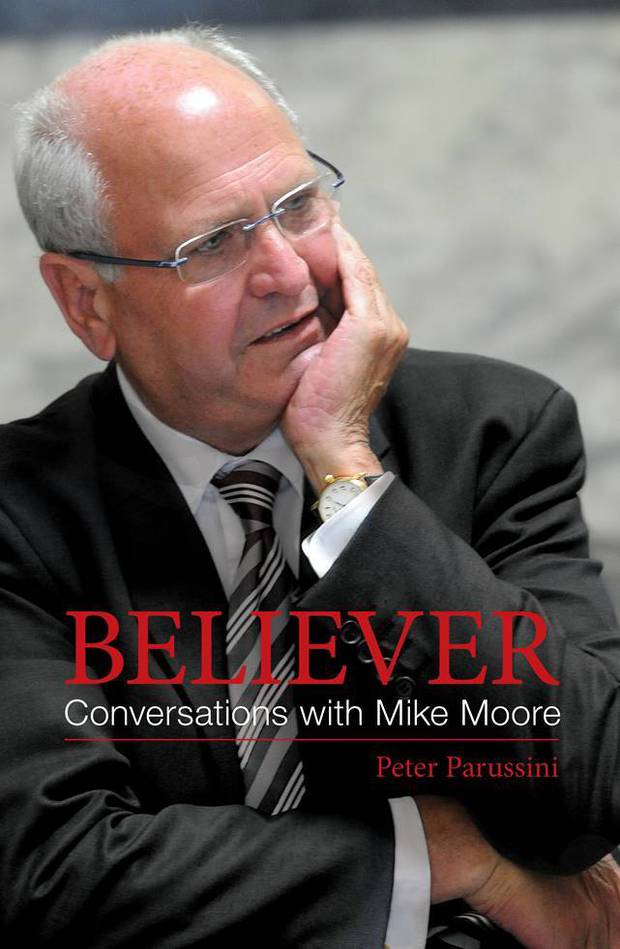