"I will personally wipe you off this planet" and "I will blow your head off" are death threats a man allegedly sent to Prime Minister Jacinda Ardern and then Justice Minister Andrew Little among a barrage of abusive emails over a three-month period.

The Crown alleges Michael Cruickshank, in his 50s, regularly referred to the Prime Minister and Government as criminals, slave traders and state-sanctioned terrorists among some 88 lengthy emails he sent between October 2019 and January 2020.

But he has been charged and is standing trial in relation specifically to two emails, sent on January 20, 2020, in which he threatened to kill Ardern and Little.

"This was an instance of frustration boiling over," Crown prosecutor Dennis Dow said.

"He's entitled to freedom of expression but what he's not entitled to do is to go too far.

"You can't go around threatening to kill people, whether it be the Prime Minister, or your neighbour Bob." One email aimed at Ardern stated: "If you continue to support state terrorism ... and declare act of war on my life ... I will personally wipe you off this f***ing planet."

The email was also sent to a range of other recipients, including ACC staff, media organisations and then British Labour party leader Jeremy Corbyn.

Another one aimed at Ardern and Little, sent half an hour later, read: "I will blow your ... head off if your gas lighting on my life continues.

"You have kids who want to see you grow old, as do I. I suggest you place that into proper perspective."

Cruickshank harbours a personal grievance with ACC dating back 20 years, the court heard, after a workplace incident. This fuelled the angry emails.

He takes issue with the New Zealand Government as an institution, Dow said, and sees himself as "wronged" in the past and a "victim" of ACC and the government.

"They're confronting, they're abusive. They are harassment," said Dow.

Defence counsel John Mather said his client uses "colourful and expressive language in ... seeking justice and accountability, closure in respect to an injury he received all that time ago".

He mentioned that in one of Cruickshank's own emails he wrote: "Sure at times I let my mouth get the better of me", but urged the jury to focus on the intention behind the emails. 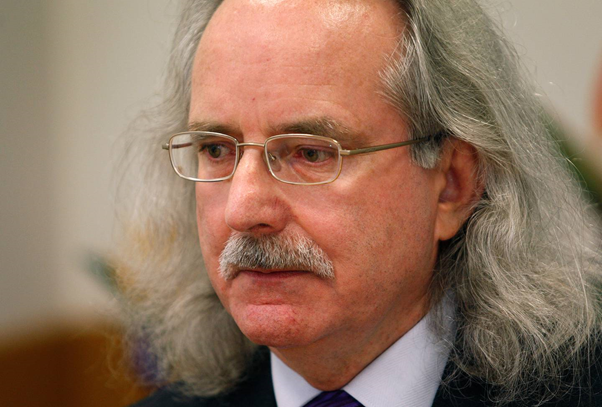 The correspondence never reached Ardern or Little, the court heard. Parliament staff familiar with Cruickshank and his emails reported them to police. Cruickshank was arrested and charged.

He told police he had been drinking a lot that day and had been "wasted", Dow said.

Cruickshank claimed he didn't remember sending those emails but did agree they were concerning.

Dow said the Crown does not need to prove if Ardern and Little received the email or if they took the threat seriously and "actually" feared for their lives, but only if Cruickshank intended for the threats to be taken seriously.

A jury of seven women and five men has been selected at Auckland District Court this morning.

Judge Brooke Gibson warned jurors to put aside the fact that the complainants are "prominent people".

Cruickshank was allowed to sit outside the dock in his trial due to hearing issues.

Cruickshank pleaded not guilty to three charges of threatening to kill in May last year.

The trial has been set down for five days.

This is not the only time Ardern has been the target of sinister emails.

A 30-year-old Auckland man was charged with threatening to kill Prime Minister Jacinda Ardern in April.

A Northern Ireland man was sentenced to community service for sending online death threats to Jacinda Ardern in 2019.

Matthew Burns, 20, tweeted a photo of a gun to the Prime Minister after the Christchurch mosque attacks, adding "you're next".

An Australian man who posted online threats to attack a mosque in Newcastle, NSW, and kill Ardern was jailed for 10 months in June 2020.