The Government is phasing out half-price public fares for most Aucklanders, but making a "community connect" half-price pilot scheme for community service card holders permanent.

Manukau Harbour is also back on the table with funding allocated for feasibility studies for the long-awaited shift of Auckland's port.

There had been hopes the Budget would make the popular half-price public transport scheme permanent, but those hopes have been dashed.

Instead, the scheme will run until the end of August at a cost of $132m and the "community connect" pilot scheme will become permanent.

The Government introduced half-price fares on April 1 for three months. The decision, along with slashing 25c off fuel taxes, was in response to the cost-of-living crisis.

In the first full week of half-price fares, the number of bus, train and ferry journeys rose in Auckland by 24 per cent, although some of the increase was because of the easing of Covid-19 restrictions and more people returning to work. 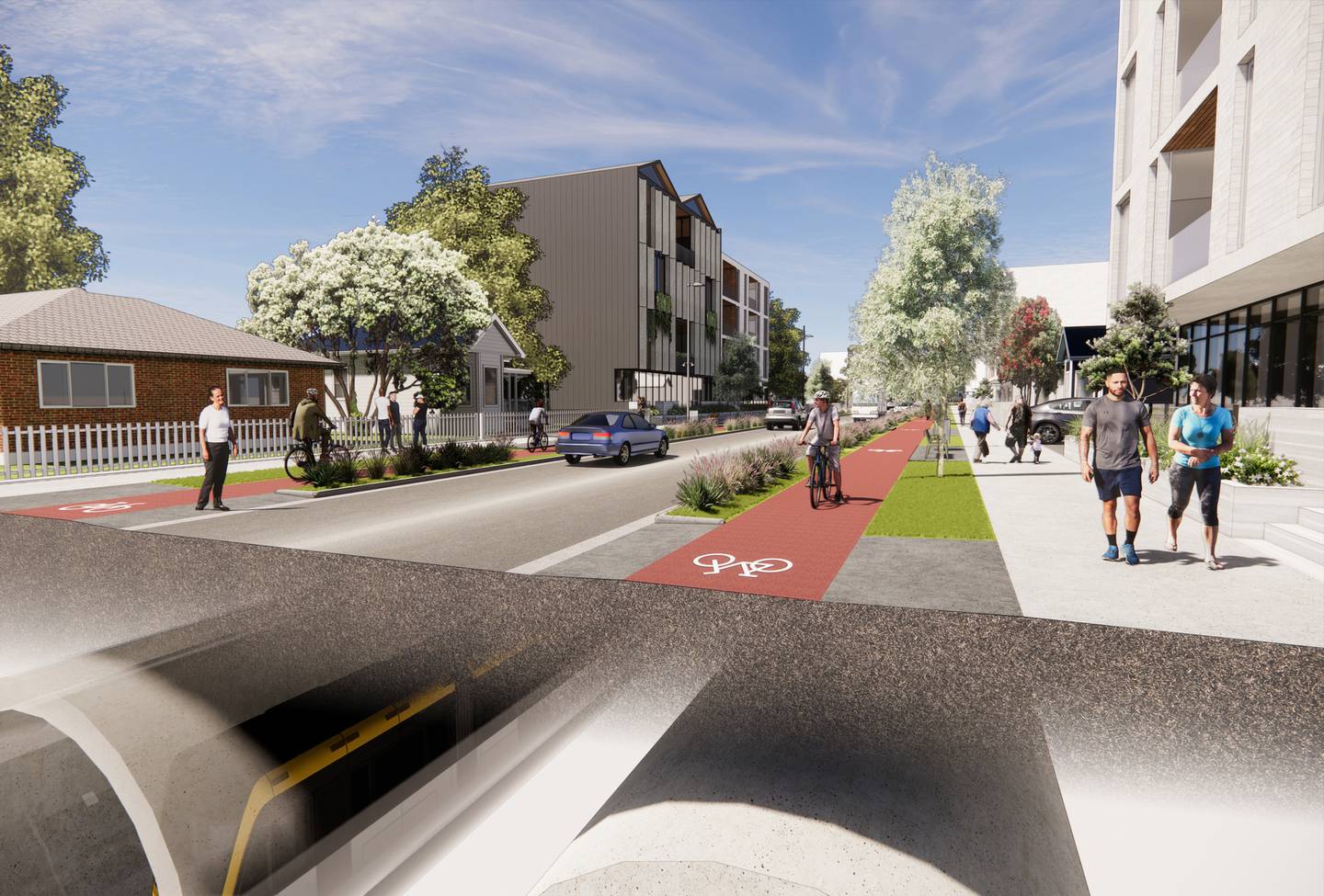 The Budget has more than $200m for detailed plans on light rail in Auckland. Photo / Supplied

The Fares Free campaign said permanent half-price public transport fares for Community Service Card holders is a good start, but free fares would make a greater difference in reducing emissions and ensuring everyone has an accessible, low-carbon option to get to where they live, work and play.

The Government has announced it will spend $199m for "detailed planning activities", plus an unknown amount, kept secret for commercial reasons, on its flagship $14.6 billion light rail project from the central city to the airport.

Transport Minister Michael Wood told Parliament on Monday construction would begin next year. At the 2017 elections, Prime Minister Jacinda Ardern promised the first leg of light rail to Mt Roskill would be completed in four years and running the full 22km to the airport within 10 years. The Government is also forging ahead with feasibility studies for the long-awaited shift of Auckland's port.

There is bad news in the Budget for Auckland Council's ballooning budget deficit with Treasury forecasting inflation at 5.2 per cent over the next year. There is money is the Budget for studies to move the Ports of Auckland. Photo / Supplied

Last December, finance officers were working to an inflation rate of 2 per cent for this year's budget, saying each additional 0.5 per cent of inflation would add about $15m to the council's permanent operating cost base. At that stage, the budget deficit was about $85m.

The audit and risk committee was told on Tuesday that the financial pressures could intensify "the magnitude of the council's operating budget challenge has increased".

The committee noted that ongoing impacts of Covid-19, along with rising inflation and interest rates and labour market and supply chain constraints are presenting "significant risks to the financial position of the Auckland Council group".