The man who assaulted the Green Party co-leader James Shaw on a Wellington street said he approached him to talk about abortion.

A disputed fact hearing into the assault was held at the Wellington District Court.

The 47-year-old man can now be named as Paul Raymond Harris, after interim name suppression ended.

He earlier pleaded guilty to injuring Shaw but disputed the number of punches and sequence of events.

Harris told the court he was driving to work when he saw Shaw walking down the street on March 14, so U-turned and parked his van. 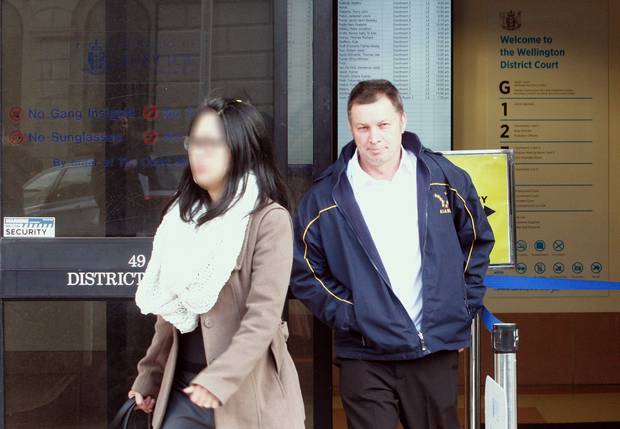 He said he initially wanted to talk to him and had been "overcome with grief with the recent loss of a child" when his wife miscarried a couple of days before.

He said "all the talk on the airwaves about abortion" meant his emotions were running high.

Harris said he did mention the United Nations in the conversation and said Shaw's laws wouldn't save him before injuring him, which was "stupid of him."

Shaw gave evidence to the court and said Harris said "they were coming for him" repeatedly.

Shaw said Harris then grabbed him by the lapel and gave him a "pretty solid punch" to his eye, punched him three or four times then pushed him to the ground.

Defence counsel Marty Robinson asked Shaw whether he "exaggerated" certain aspects of the attack, but Shaw said he was "pretty clear of the chain of events."

However, Harris said he pushed and tripped him to the ground before punching Shaw twice with his right hand.

He said he didn't punch Shaw when he was standing upright.

Harris said he then walked back to his van and noticed Shaw's glasses were in his hands, so went and gave them back to him.

A witness was walking to work with her husband when they intervened and stopped the assault, after she saw Shaw curled on the ground and Harris standing over and punching him.

She said she saw Harris punch Shaw at least four times with each hand but didn't see any kicking.

In his decision, Judge Chris Tuohy said he accepted Shaw's evidence about being punched upright, saying it was "plausible" and the evidence was more consistent.

Judge Tuohy said the defendant was "angry and emotional" and his recall in that situation could not be relied on.

He concluded there were no more than three or four punches while Shaw was on the ground but was not satisfied that he was kicked on the ground.

Harris will be sentenced in November.