National Party leader Simon Bridges faces a potentially awkward dinner with the man who seems to think the political heir to Sir John Key is not Bridges, but Christopher Luxon.

An auction for a charity dinner with Bridges has been won on Trade Me by a bidder who appears to be Steve Brooks.

Brooks placed a controversial ad in the Herald in June this year showing a picture of Key morphing into Luxon along with the tags "#LUXON2020" and "#NATIONAL2020".

Last night Luxon, seen already as a future potential leader of the party, won the race to be National's candidate in Botany.

The winner of the auction dinner was Trade Me user fatcatnz, whose profile shows him as "Steve" from Christchurch. His only Trade Me listing was for a job at Brooks' company NZ Fintech, for which the applicant should contact "Steve Brooks".

The Electoral Commission said that Brooks' ad broke the rules because it should have been authorised by the National Party, but it declined to take the matter further. When the Herald contacted Bridges to tell him who had won the auction, Bridges replied: "Lol."

He later declined to comment about his dinner, other than to say: "I don't like playing second fiddle to Winston and if I'd known about the bidding contest, I would have ensured I was higher. That said, we know Winton's dinner was with David Tipple and since the meeting, New Zealand First has changed its position. It looks like money well spent."

The auction was for a three-course dinner for three and the winner was invited to bring a guest to dine with Bridges in either Parliament's restaurant Bellamys in Wellington, or at a restaurant in Tauranga or Auckland.

All proceeds go to help three children from the Bay of Plenty through Koru Care NZ, which turns dreams into reality for kids who often suffer from an illness.

The auction drew contrasting comments about the dinner company.

One Trade Me user, zuuma, said: "I'd rather just donate the money." 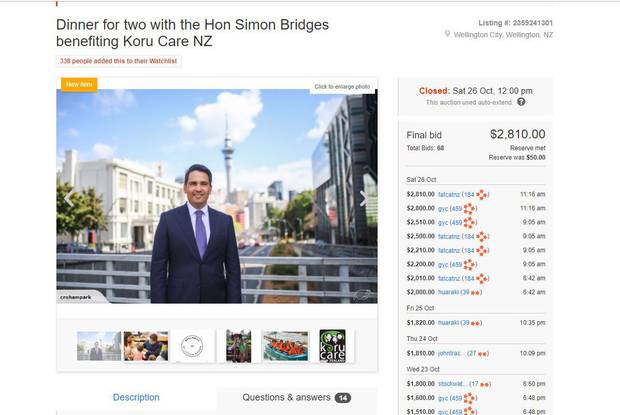 Simon Bridges auctioned off a charity dinner for Koru Care, which was won by Steve Brooks. Image / Trade Me screenshot

Bridges congratulated Luxon on winning the Botany selection last night, and this morning stepped in to defend Luxon after he appeared to endorse cutting Working For Families payments to parents who did not vaccinate their children.

"He got Susie'd on Morning Report," Bridges said, referring to Radio NZ's Morning Report host Susie Ferguson who was questioning Luxon about Working For Families.

"I know the feeling ... I get Susie'd every other fortnight."

Brooks is a successful entrepreneur in his early 30s, who reportedly helped his solo mother sell real estate while he was still a Christchurch schoolboy. 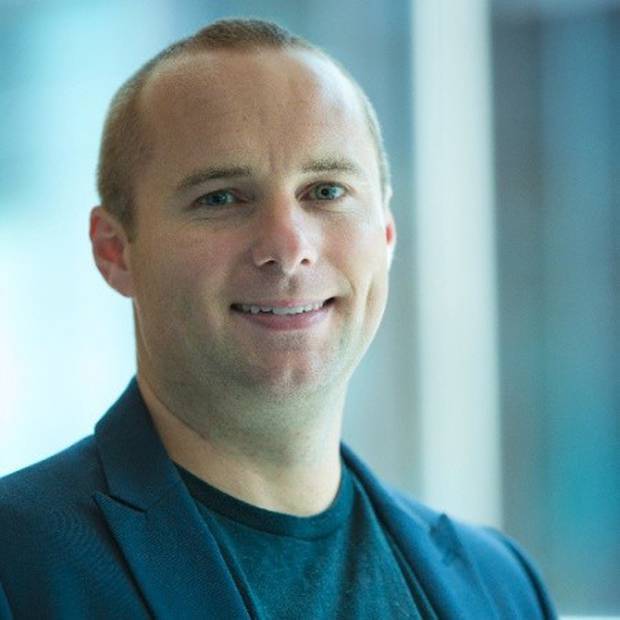 By the age of 16, he was already selling houses and was able to start his first business, Brooks Homes, which was incorporated in August 2006.

He started one of New Zealand's first tax refund firms, called My Refund, in 2008, and more recently branched out into the lending industry through his firm NZ Fintech, which houses a number of companies, including Moola.

While successful, Moola has also drew the attention of the Commerce Commission, which included the firm in its investigation of the lending industry launched last year.