New Zealanders will have free access to a Covid-19 vaccine, the Government has confirmed today.

The detail was included in the Speech to the Throne presented to Parliament by Governor-General Dame Patsy Reddy.

The speech is written by the Government but presented by the Governor-General as part of reopening the new Parliament.

Reddy began the speech by congratulating the Labour-led Government for its clear mandate to govern New Zealand.

"New Zealanders voted for stability and certainty at the election," she said.

"They have placed huge trust and responsibility in the Labour Government by providing it with a majority mandate to implement the policies it set out during the campaign, while responding to the issues that will inevitably arise, and bringing to bear the same values and strong leadership established in its first term."

Today is the official State Opening of Parliament – the formalities started with Reddy's speech.

It was written by the Prime Minister and announces, in broad terms, the Government's policy and legislative proposals and election promises.

MPs were officially sworn in yesterday but it was mostly ceremonial. Prime Minister Jacinda Ardern standing in front of members of the judiciary as MPs enter the Legislative Council Chamber during the State Opening of Parliament. Photo / Mark Mitchell

From the throne – located within Parliament – Reddy said the Labour-led Government takes office at a time of "unparalleled international crisis" –the greatest public health emergency since the global flu pandemic a century ago.

Reddy added that the ensuing economic shock represents the largest global downturn since the Great Depression.

"The health risk posed by the pandemic is greater now than it was when we first closed our borders. The global economic outlook continues to worsen."

New Zealanders, she said, will not be immune to these deteriorating conditions.

"In this year of crisis, protecting New Zealand and the lives and livelihoods of New Zealanders has been the urgent and abiding consideration. It remains so."

Reddy also cited a number of other issues the Government has promised to address such as affordable housing and homelessness, child poverty, and the global climate crisis.

"On each of these areas there is a need to do more and go further," she said.

"Problems that are decades in the making are not easily or quickly solved but this Government is committed to relentlessly pursuing progress."

The first objective of the Government, Reddy said, is to keep New Zealanders safe from Covid-19.

She confirmed that the Government is working to deliver effective and free vaccines to New Zealanders as soon as they are available and safe to administer.

"The Government remains committed to a strategy of elimination, but will always remain open to evolving ways of achieving it."

No system is perfect, she said, that's why the Government is always looking for ways to improve.

She said when it comes to countries where the Covid-19 is successfully managed, the Government will look for opportunities for freer travel.

For example, planning for quarantine free travel zones is currently underway with the Cook Islands, Niue and Australia.

"We will look to continue to advance these opportunities, but with safety as our priority."
The rest of the speech consisted of promises Labour campaigned on that it intends to now put into law.

These include:
• Repealing and replacing the RMA
• Reform of the vocational education system
• Reinstate the Training Incentive Allowance
• Lift abatement thresholds
• Increase the minimum wage to $20 per hour next year
• Pursue high quality and comprehensive trade agreements
• Phase-out hard to recycle single-use plastic items
• Require only zero-emissions buses to be purchased by 2025
• Extend the Free and Healthy Lunch programme
• Review and enhance the Tenancy Tribunal

In closing, Reddy said New Zealand has entrusted the government with the responsibility of bringing the country through a crisis.

"Nothing in the programme set out today will come easily. But our opportunities and potential greatly outweigh our problems."

She said New Zealand can, and will recover.

"But that is not enough. We can be better than we were. This government's mission is to make it so."

After Reddy's speech, there is a luncheon for MPs where the Prime Minister will address MPs before they file into the House at 2pm. 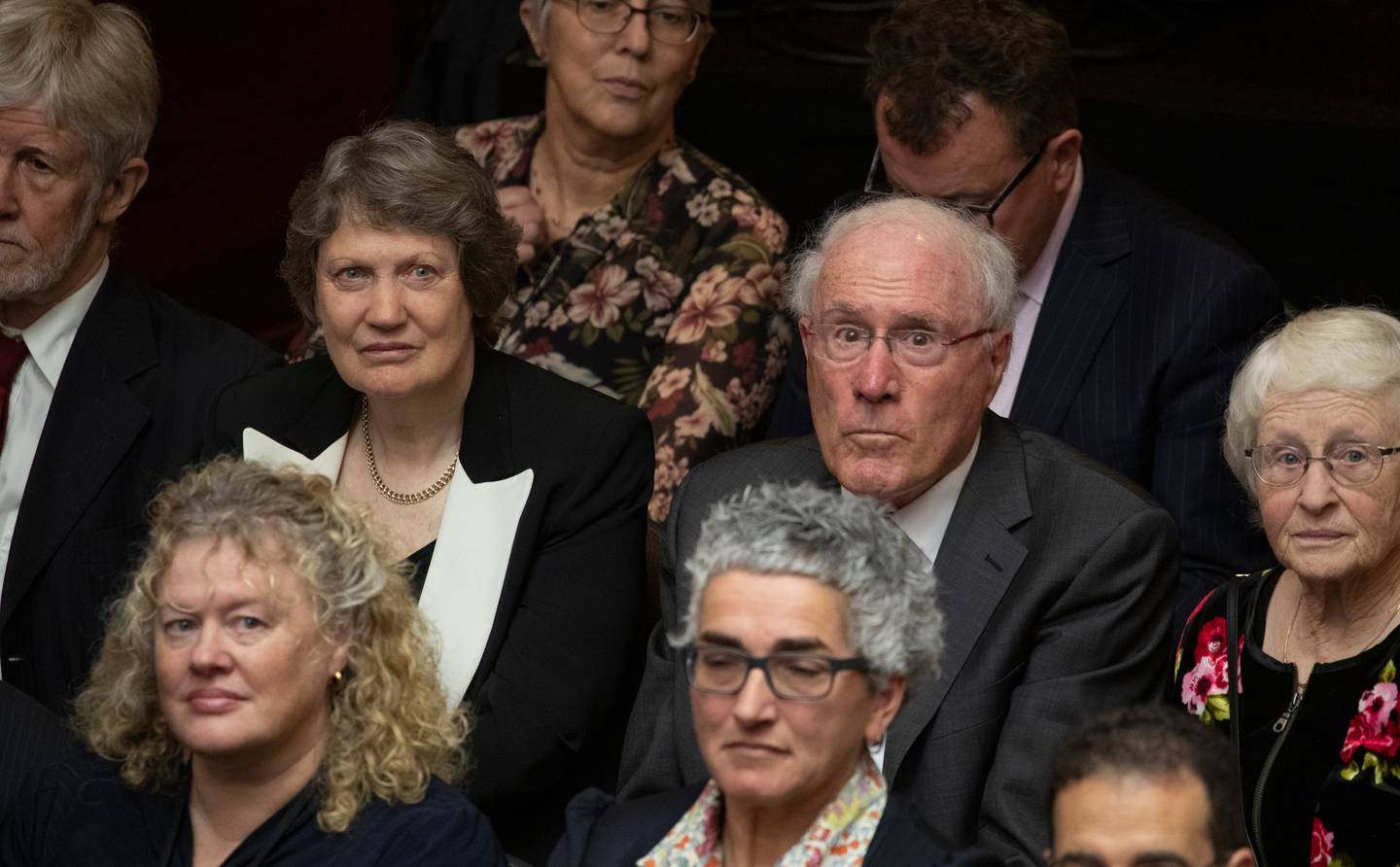 Before speeches by MPs begin, there are a number of procedural matters, such as the appointment of presiding officers (assistant speakers) and other pieces of parliamentary business.

After that's taken care of, there will be maiden speeches by new Labour MPs Arena Williams and Ibrahim Omer.

The pair will move and second the address in reply – the formal response made in the House to the Speech from the Throne.

Then National leader Judith Collins will deliver a 30-minute speech, which will likely lay out her party's priorities for the coming year.

Collins will be followed by Ardern, who will deliver a speech on behalf of the Government.
Much like Collins' speech, Ardern's will outline her Government's priorities for the coming three years.

After Ardern, the leaders of the Green Party will speak for 30 minutes – most likely they will do 15 minutes each.

After the Greens, Act leader David Seymour will cap off the leaders' speeches for the day.
The rest of the sitting session, until 5pm, will be various MPs doing 10-minute slots.

Rundown of the day:
• 10.40am – Governor-General Patsy Reddy delivers the speech from the throne
• 2pm – Order of business in the House; appointing presiding officers
• From 2pm onwards – Maiden speeches by the mover and seconder of the Address in Reply: Arena Williams and Ibrahim Omer
• Leader of the Opposition Judith Collins' speech – 30 minutes
• Prime Minister Jacinda Ardern's speech – 30 minutes
• Leader(s) of the Greens, James Shaw and Marama Davidson – combined total of 30 minutes
• Leader of Act David Seymour – 30 minutes
• From then on, 10 minute speeches by other MPs until the 5pm adjournment