New Zealanders and visa holders trying to flee Afghanistan have been warned to stay away from Kabul's airport after reports of a major terror risk from a jihadist group.

The New Zealand Defence Force (NZDF) has a small team inside Hamid Karzai International Airport trying to get people out of the country, which has fallen into the hands of the Taliban over the last fortnight.

Tens of thousands of people have left on a steady stream of US, British, Australian, New Zealand and other allied evacuation flights out of the capital's airport over the last 10 days, while there have deadly and chaotic scenes outside the airport perimeter, where desperate hordes have flocked. Kiwis have been warned to stay away from Kabul's airport after a major terror threat. Photo / Getty Images

The Ministry of Foreign Affairs and Trade (MFAT) has been furiously working to process visas and help evacuate passport holders and at-risk Afghans, including former interpreters with New Zealand forces.

While some have already made it out, including on a Royal New Zealand Air Force (RNZAF) C-130 mercy dash earlier this week, others are still awaiting rescue flights.

The Herald understands that a group of people, who have just had rushed visas come through, were hoping to negotiate their way through Taliban checkpoints to the airport today for evacuation flights. 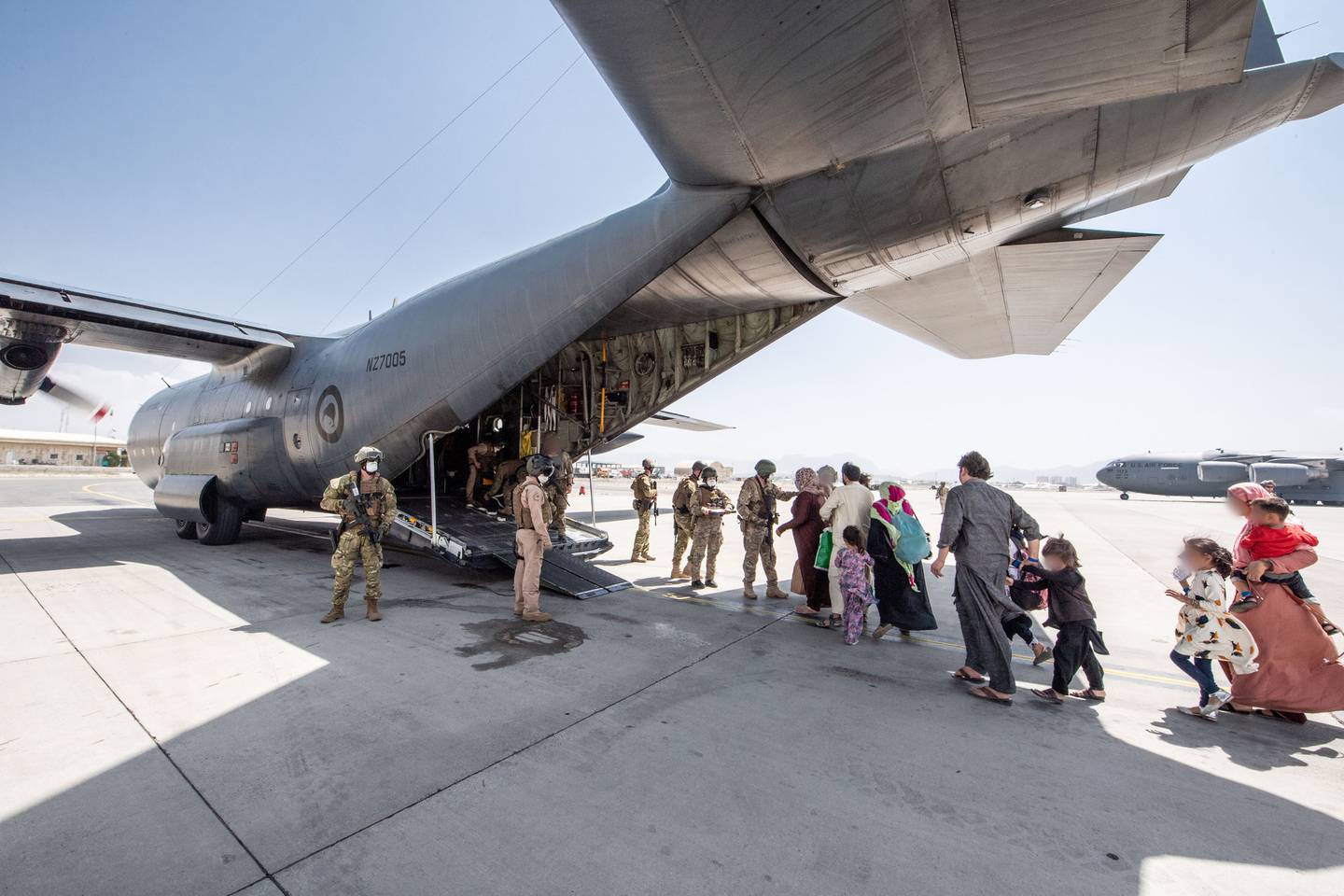 But Kiwis registered on the New Zealand Government's Safe Travel website have been warned to stay away, the airport having been judged as simply too dangerous.

"Do not travel to Kabul Airport," the advice says, urging anyone near the airport to move to a safe location and await further advice.

"The situation in Afghanistan remains highly volatile and dangerous.

"Be aware of the potential for violence and security threats with large crowds.

"There is an ongoing and very high threat of terrorist attack. Take all extra precautions for your safety. Remain vigilant and be aware of your surroundings. Check the Smartraveller website."

A US defense official told CNN there has been a "very specific threat stream" from terror group ISIS-K who are violently opposed to the Taliban.

It's feared that today could be the last realistic chance at a flight out of the fallen city, with the Americans, who control security inside the wire, begin preparations to pull out of the country completely by Tuesday [Kabul time]. 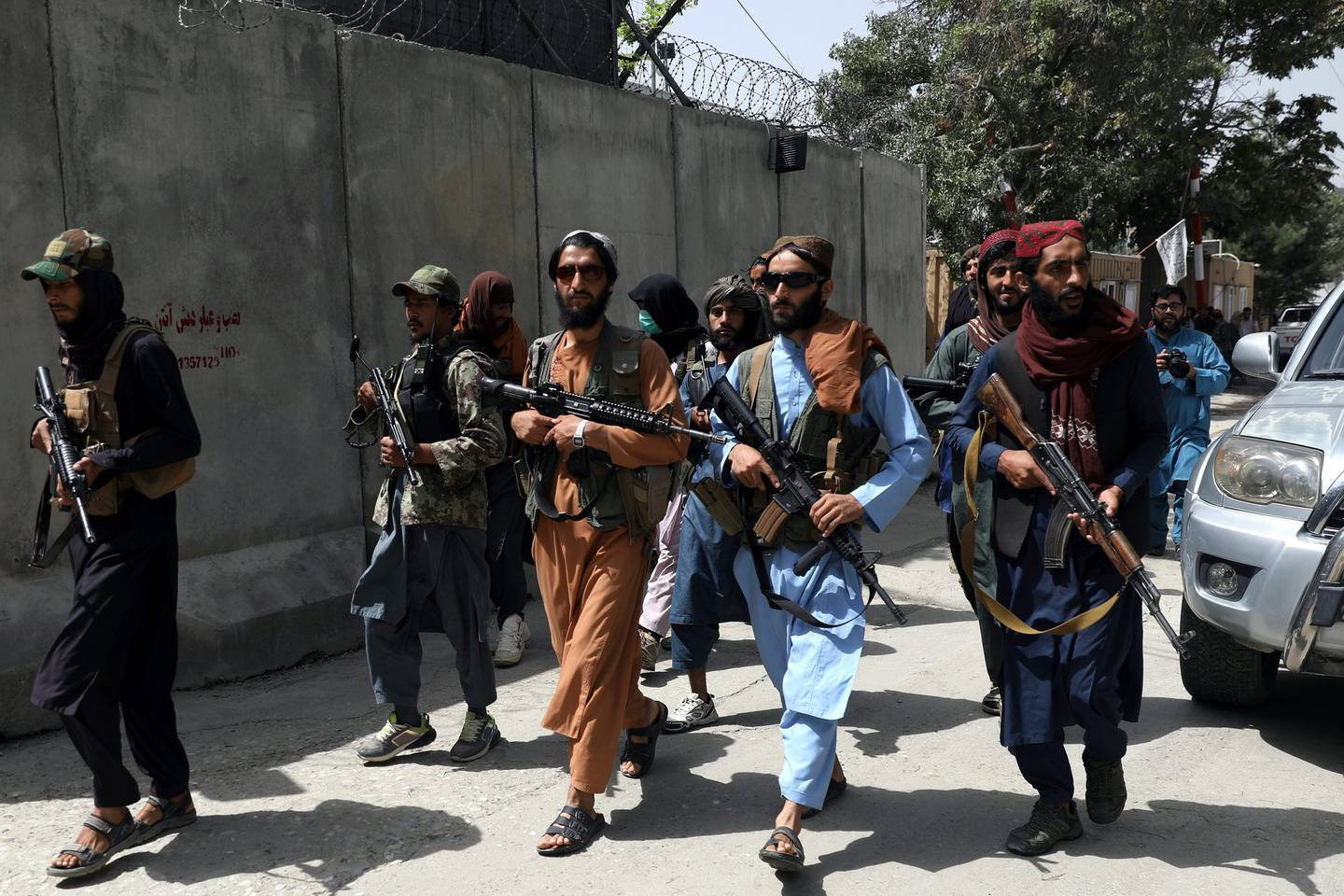 The Taliban is in control outside Kabul's airport. Photo / AP

MFAT this morning announced that it is no longer taking resettlement applications from Afghan nationals, citing the "rapidly deteriorating situation" in Afghanistan and a diminishing window for evacuations.

"The New Zealand Government is working urgently with our international partners to support New Zealanders to return safely and, over the longer term, to support the people of Afghanistan," a spokeswoman said.

"Our priority for this mission was always a time-sensitive one; to evacuate New Zealand citizens, permanent residents and those at risk due to their association with New Zealand via the criteria set by Cabinet.

"There have been, and continue to be, huge challenges to managing the evacuation of New Zealanders, their families and eligible Afghan nationals from Kabul.

"The imminent withdrawal of the US from Hamid Karzai International Airport, which has been critical to sustain our operations in Kabul, means that our ability to help individuals on the ground is very limited.

"We cannot guarantee that we will be able to assist all those we are seeking to evacuate."

MFAT says Aotearoa New Zealand has played its part in international efforts supporting the evacuation of foreign nationals and those Afghan citizens most at risk, despite the situation in Afghanistan deteriorating "much faster than originally thought".

"We will continue to play our part," the spokeswoman added.