Many politicians in the West see China's President Xi Jinping as a dangerous dictator who has scrapped term limits, allowing him to rule the world's most populous country for life.

"He calls me a friend and I think he sort of means that," Key said. "I don't want to overstate things - he might take me off his Christmas card list, but he does send me one every year."

In his interview for the Red Line podcast, which examines the influence of the Chinese Communist Party in New Zealand, Key emerges as one of the few Western politicians who are strongly pro-China.

Key says his closeness to President Xi has given him insights into China's thinking.

"I've had the privilege of quite a lot of one-on-one dinners and conversations with Xi Jinping."

Key said China still saw itself as a developing nation and hoped to lift another 300-400 million people out of poverty with policies aimed at increasing economic growth.

"The goal is, and this is a crude way of saying it, but Singapore on steroids. It's to develop the country to a point where they are smart, efficient, lifting people out of poverty and giving people opportunity and hope." 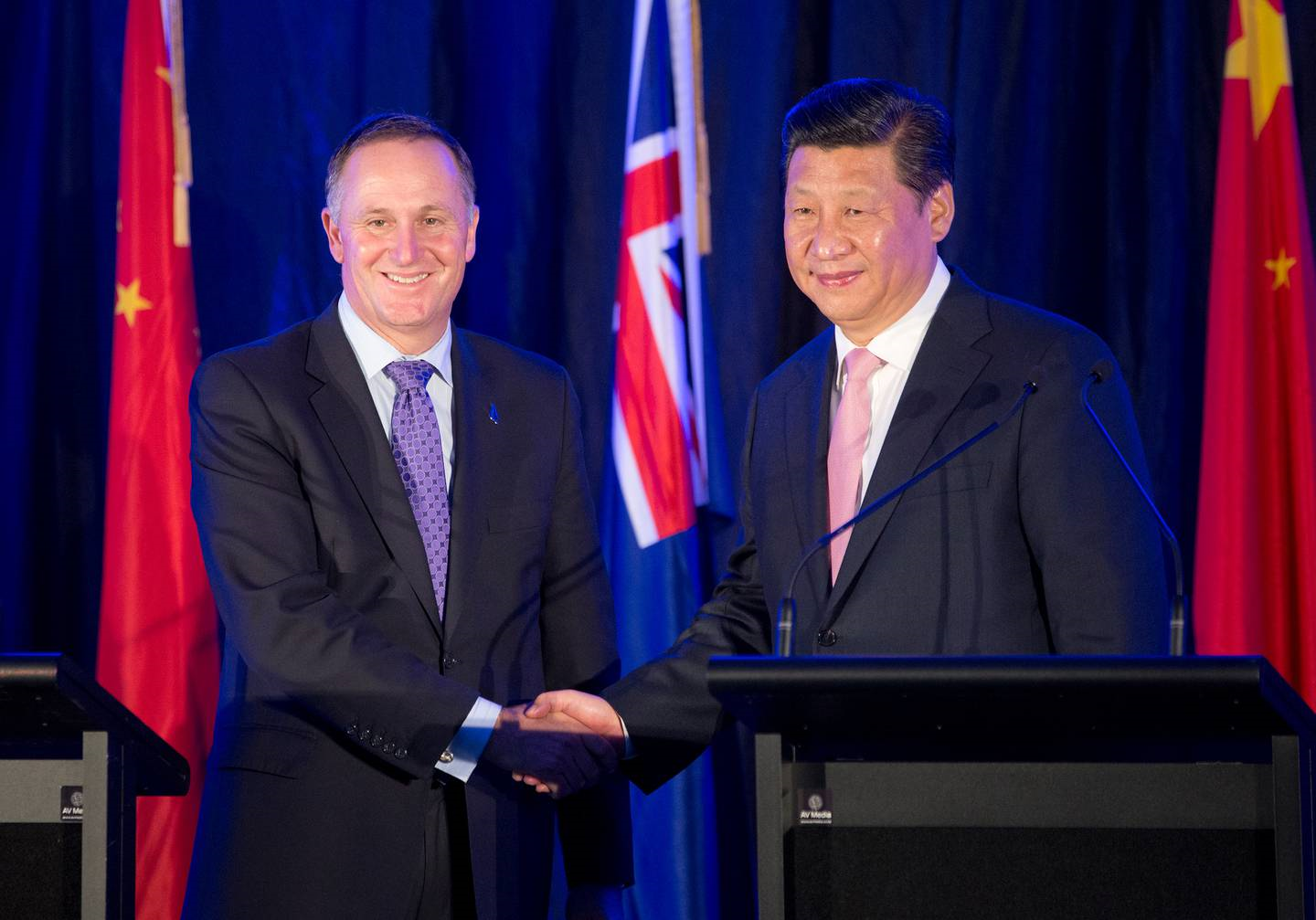 The Chinese government is accused of keeping more than a million Uighur Muslims in concentration camps in Xinjiang, in the northwest of China. It is also under fire for cracking down on pro-democracy activists in Hong Kong and its ongoing actions in Tibet.

Key accepted China had serious human rights issues and believed New Zealand should speak up about those but didn't think that should hinder strong economic relations between the countries.

"Some people will say, 'God, that guy's just an investment banker through and through and all he's thinking about is money, doesn't care about anything else', and all I would say to you is that I am not an idiot," Key said.

By that he means the strained relations the other Five Eyes countries have with China.

Key said he remained in touch with the former leaders of Britain, Australia, America and Canada and they were all deeply negative about China.

Key likens some of the more extreme anti-China rhetoric to conspiracy theories about the failure of capitalism, the death of democracy or the evils of technology.

"I'm not a tinfoil hat conspiracy kind of guy. I think they are what they are. They are a big country that used to have the largest economy in the world that has spent centuries on ice," Key said.

"They are many things but a global force for evil is not one of them in my view."