Independent MP Jami-Lee Ross and three businessmen have appeared in court for the first time on Serious Fraud Office charges.

All four pleaded not guilty to allegations about two $100,000 donations to the National Party.

The 34-year-old Ross named last week as one of four people criminally charged.

None of the men commented about the case or charges as they entered the courthouse in Albert St this morning.

Once inside, all four men entered not guilty pleas and were granted bail.

They will reappear in court in June. 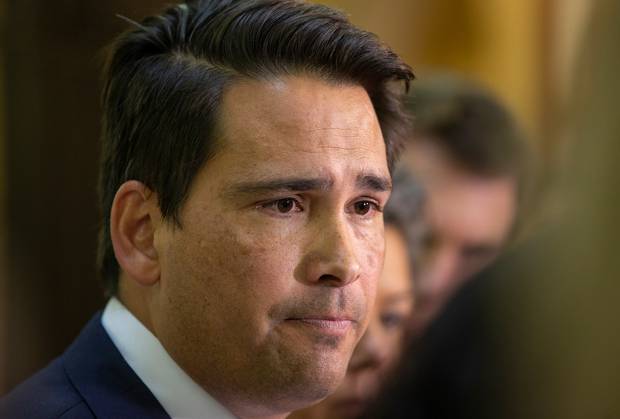 National Party leader Simon Bridges has denied any wrongdoing over how the party has handled donations. Photo / Mark Mitchell

Last week, however, Ross spoke out for the first time about the allegations to the NZ Herald and Newshub and called the charges are "outrageous".

"I was the whistleblower, and as a result, ever since I have been attacked by the [National] Party and its supporters for bringing this matter to the attention of the nation. Some seek to make me out as the bad guy. While that may be convenient spin for the party, I will not be the National Party's fall guy," he said.

Ross, who is represented by well-known defence lawyer Ron Mansfield, claimed he is a victim of dirty politics and has been painted as a scapegoat.

Zhang and the Zhengs' legal counsel John Katz QC, Paul Dacre QC and Rosemary Thomson also said in a statement last week their clients would be defending the charges, which came about during "unprecedented political infighting".

"Our clients are proud New Zealanders and philanthropists. They were urged to follow a process and are now deeply disappointed at being caught up in a donations fiasco," the statement read.

"They have supported numerous community groups over many years through fundraising activities and donations, including donating to many political parties and campaigns.

"Our clients believe they are casualties of the turmoil created through mudslinging during the high-profile fallout following Jami-Lee Ross' revelations and allegations about the National Party and will be defending the charges against them."

Ross and the National Party split before he lodged a complaint with police in October 2018, after making a string of allegations against National and its leader Simon Bridges.

The complaint was then referred to the SFO by police in March last year. Ross has claimed Bridges had asked him to collect a $100,000 donation from Zhang, which was then divided into smaller amounts to hide it.

Zhang was awarded a New Zealand Order of Merit in 2018 for services to New Zealand-China relations and the Chinese community. The Botany MP's filmed statement followed name suppression lifting for all four men after Zhang and the Zhengs asked a judge to revoke the interim gag order.

All four have denied the allegations and said they will defend the charges in court.

"I have always maintained, as I have always said the allegations against both myself and the party were baseless and false," Bridges said in a statement after the SFO charges were laid.

"This was always just a vendetta by a disgruntled former MP."

A spokeswoman for Bridges said after suppression was lifted: "We stand by our previous statements on this matter. As it is before the courts we have no further comments to make."

Charging documents against the group allege two donations of $100,000 in 2017 and $100,050 in 2018 were made "in circumstances where the identity of the donor was not disclosed in the National Party's Annual Return of Party Donations".

"The defendants adopted a fraudulent device, trick, or stratagem whereby the 2018 donation was split into sums of money less than $15,000, and transferred into the bank accounts of eight people, before being paid to, and retained by, the National Party," the SFO alleges in the documents.

The same allegation is made by the SFO for the 2017 donation.

Hengjia Zheng, listed as a site manager in court papers, is charged alongside the three others over the 2018 donation, while also being accused of supplying false information to the SFO. 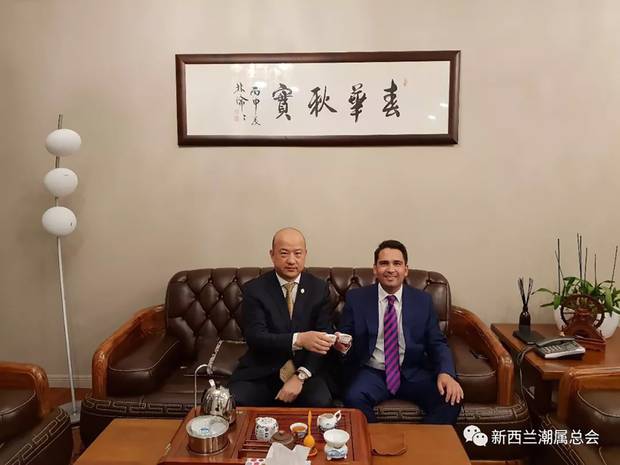