She was also given a lifetime subscription to Time magazine after appearing on the publication's 100 most influential people list last year.

The Prime Minister's perks are revealed in the list register of pecuniary interests, which was publicly released this afternoon.

The register indexes all the gifts that MPs and government ministers have received in 2019, as well as a list of their assets and their debts.

The list shows that Ardern was given U2 tickets by Bono himself – presumably from when the band played in New Zealand in November last year.

She was also given tickets to see Elton John from CRS Music.

"As you could imagine, he was busy preparing for his show. But I thought it was incredibly kind of him to give some time like that, given he obviously felt incredibly unwell," she said at the time.

He had previously praised her leadership. 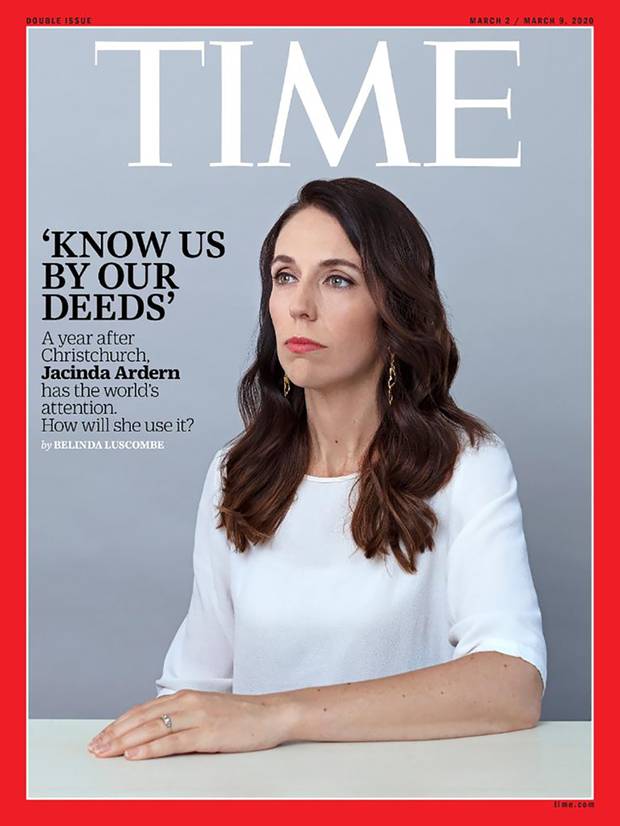 Ardern was also given a lifetime subscription to Time magazine.

Everyone who appeared on the 100 most influential people list received a lifetime subscription.

The pecuniary interests list also shows she was given a small Sèvres porcelain dish, which is displayed at Premier House, which she received from the President of France, Emmanuel Macron.

Ardern was in Paris for the Christchurch call in May last year.

She was given an Ettinger frame and signed photograph by The Prince of Wales and The Duchess of Cornwall (Prince Charles and his wife Camilla).

And as is normal for prime ministers, Ardern was given a number of sports tickets last year.

Last year, these included tickets to All Blacks v Australia by New Zealand Rugby and tickets to Warriors v Rabbitohs by the Warriors.