Prime Minister Jacinda Ardern has touched down in Samoa ahead of a special visit commemorating 60 years of friendship between the island nation and New Zealand.

It is a stunning day in Apia, with sunny skies welcoming the delegation this afternoon.

The last time Ardern was in Samoa a few years ago, she was greeted by then Deputy PM Fiame Naomi Mata'afa - who has since been promoted to the top job after a new government was voted in last year. 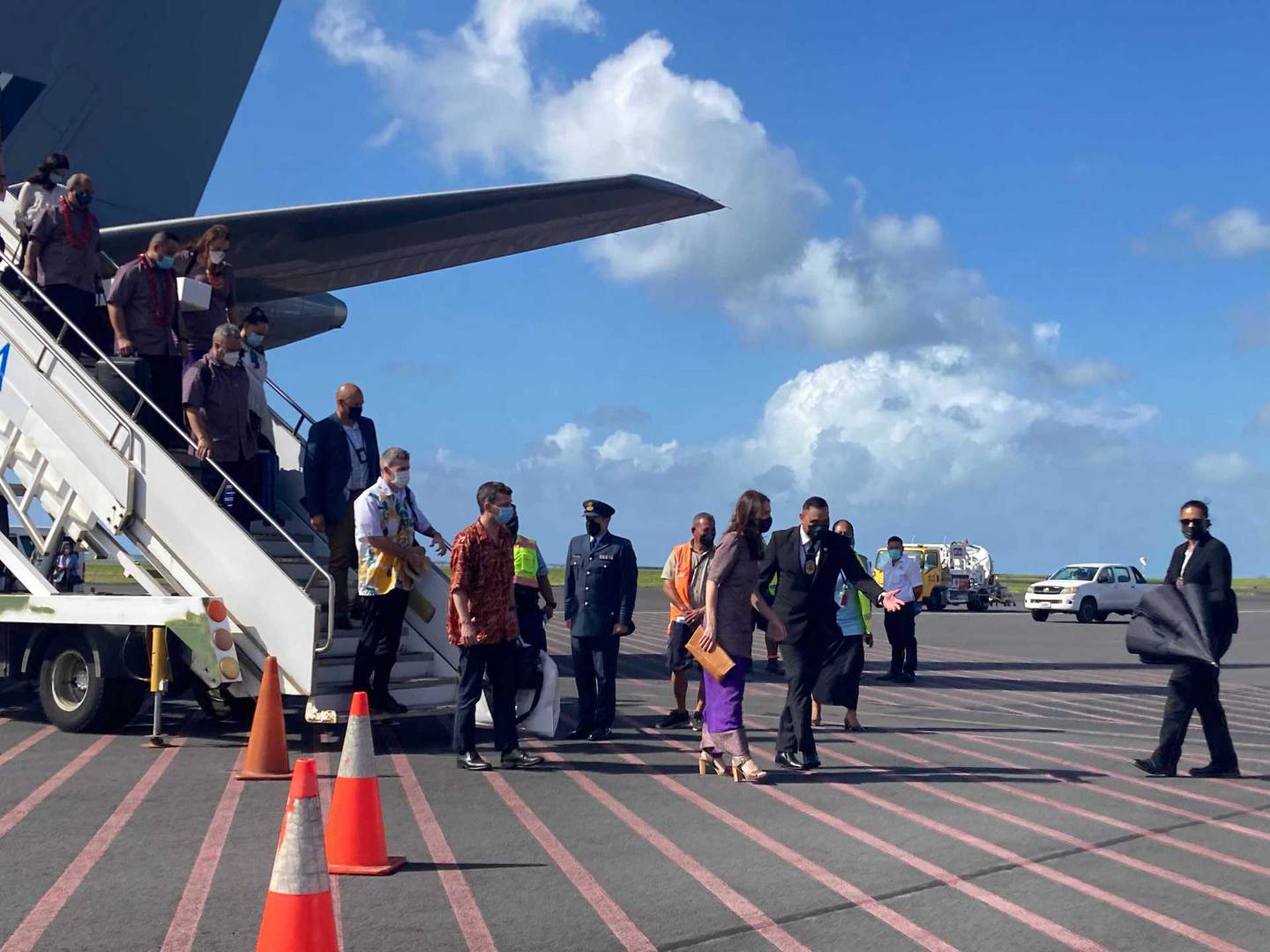 Before leaving the Whenuapai Airbase in Auckland, it was revealed that a special meaalofa (gift) would be presented to the Samoan PM as part of the visit.

The gift is a series of photographs, including some of Fiame's late father Fiame Mata'afa Faumuina Mulinu'u, taken 60 years ago when Samoa achieved political independence in 1962.

Fiame Naomi's father was Samoa's first prime minister and signed the Treaty of Friendship on this day in 1962.

Speaking to the delegation, Ardern acknowledged that special connection.

"It's not lost on me the importance of this historical occasion; as well as [the fact] she is the first female prime minister in Samoa."

Ardern noted that the delegation includes other political party leaders and members; which she explained also has value.

A number of politicians are sporting traditional Samoan wear; including Ardern in a puletasi and National Party leader Christopher Luxon in a matching purple shirt; while Act leader David Seymour is sporting a maroon aloha shirt.