Prime Minister Jacinda Ardern has highlighted the way people came together in the traumatic aftermath of the Christchurch mosque attacks to issue a plea to world leaders to build inclusive, compassionate societies.

And she has used a lesson from March 15 to ask countries to work together to combat climate change and sign up to a trade initiative she is announcing tomorrow. 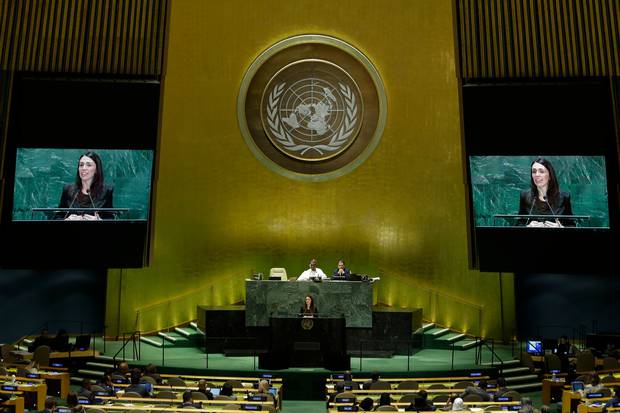 But now it was also known for the shootings on March 15 that took 51 innocent lives and devastated a nation.

"There is no changing a nation's history, but we can choose how it defines us. And in Aotearoa New Zealand, the people who lined up outside of mosques with flowers, the young people who gathered spontaneously in parks and open spaces in a show of solidarity, the thousands who stopped in silence to acknowledge the call to prayer seven days later, and the Muslim community who showed only love.

"These are the people who collectively decided that New Zealand would not be defined by an act of brutality and violence, but instead by compassion and empathy."

One of the hard questions she faced in the aftermath came from a young boy who was standing outside a mosque in Wellington days after the March 15 attack.

"He was shy, almost retreating towards a barrier ... He didn't say his name or even say hello. He simply whispered, 'Will I be safe now?'

"My fear is that, as a leader of a proudly independent nation, this is one thing I cannot achieve alone. Not anymore."

In the weeks after the attack, Ardern pushed for countries and tech companies to work together to stop the way online platforms were used to weaponise the video footage.

Ardern said that social media users should speak with the responsibility of someone who knows a small child might be listening.

"Whether it is acts of violence, language intended to incite fear of religious groups, or assumptions about ethnicities to breed distrust and racism – these actions and utterances are as globalised as the movement of goods and services.

The collaborative work led to the Christchurch Call to Action, which now has buy-in from 48 countries, eight online platforms and three organisations.

"Neither New Zealand nor any other country could make these changes on their own. The tech companies couldn't either." 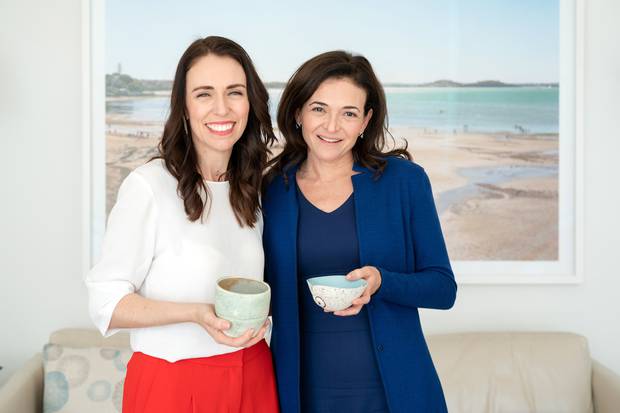 Ardern said the need for collaboration also applied to climate change, especially in the Pacific where countries with the smallest carbon footprint are under the greatest threat.

"Places like Tuvalu, with a population of just over 11,000 people, barely contributes to global emissions but is paying the price for our collective inaction."

She previewed her announcement tomorrow on a trade agreement to cut tariffs on climate change-related technology and lower fossil fuel subsidies.

"Without the billions in subsidies that go to the fossil fuel industry, green energy can compete on an even footing. My question is: 'Will you join us?'"

She said it was common for people to form groups and become suspicious of each other, but it didn't have to be that way.

"What if we no longer see ourselves based on what we look like, what religion we practise, or where we live, but by what we value. Humanity. Kindness.

"We may feel afraid, but as leaders we have the keys to create a sense of security, and a sense of hope. We just need to choose."

Her speech at the UN today was on the first day of the general debate, though the General Assembly was half-empty.

The last time a New Zealand Prime Minister was given a first-day slot was when Jim Bolger gave the address in 1991. Last year Ardern gave the national address on the debate's third day. 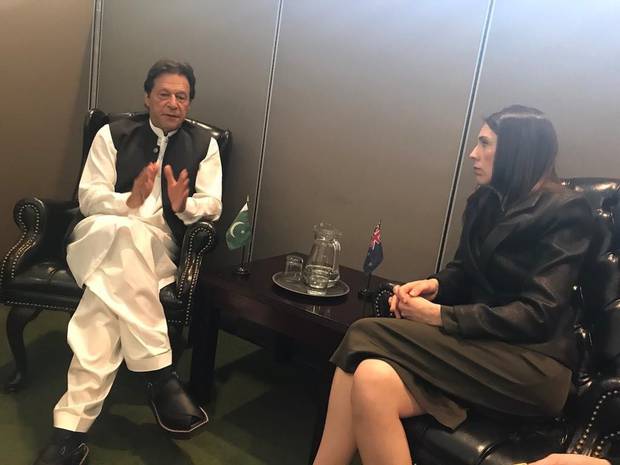 Earlier in the day, she had a number of bilateral meetings including with Pakistan Prime Minister Imran Khan, and later spoke at a celebration of Mahatma Gandhi's 150th birthday, where she again spoke of the horrific events of March 15.

She called on people to be inclusive and to reject bigotry and hatred.

"At a time when religion could have been used to divide us, we saw the unifying power of interfaith and intercultural understanding.

"We witnessed – as Gandhi himself understood – the inner truth of all faiths. The commonalities of dignity, of humanity and compassion that bind all people, all religions."