New Zealand prime ministers typically meet a member of the Royal Family when they are in London.

Ardern has good relations with William, which were cemented when he flew to Christchurch in the aftermath of the March 15 terror attacks. The Prime Minister spent the last day of her European tour meeting royalty, largely hidden from the public eye after her only public event of the day was cancelled.

And while Ardern's trip might have ended on Saturday, she held out the prospect that some European leaders might take up an opportunity to visit New Zealand. Spanish Prime Minister Pedro Sánchez was floated as a possibility.

She had private meetings with Prince William and British Labour leader Sir Keir Starmer and deputy leader Angela Rayner. Ardern was meant to speak to London's Pride march in Trafalgar Square, but her appearance was cancelled after large crowd sizes made it impossible to get her to the stage. She also had a phone call with Prince Charles.

Details of private meetings with members of the royal family are usually kept strictly secret.

What an absolute dream to meet the brilliant Jacinda Ardern today. 🇳🇿 🌈 pic.twitter.com/rx7l8u7LLO

Ardern said it was a good opportunity to "meet and reconnect" with the Duke of Cambridge.

"Prince William is someone who has a very close relationship with New Zealand," she said. They spoke about the Earthshot Prize, one of William's environmental projects.

Ardern would not say whether she met any of William's children. She left them gifts including "merch" for the forthcoming Rugby Women's World Cup, due to be held later this year, including a rugby ball for the family.

She also left a copy of the book "Tulip and Doug," which Ardern described as "a beautiful story of a young girl and her pet potato".

Ardern was coy on whether William or other royals were planning to visit New Zealand, saying it was not her job to "speculate" and those announcements would be made by the Royal household. 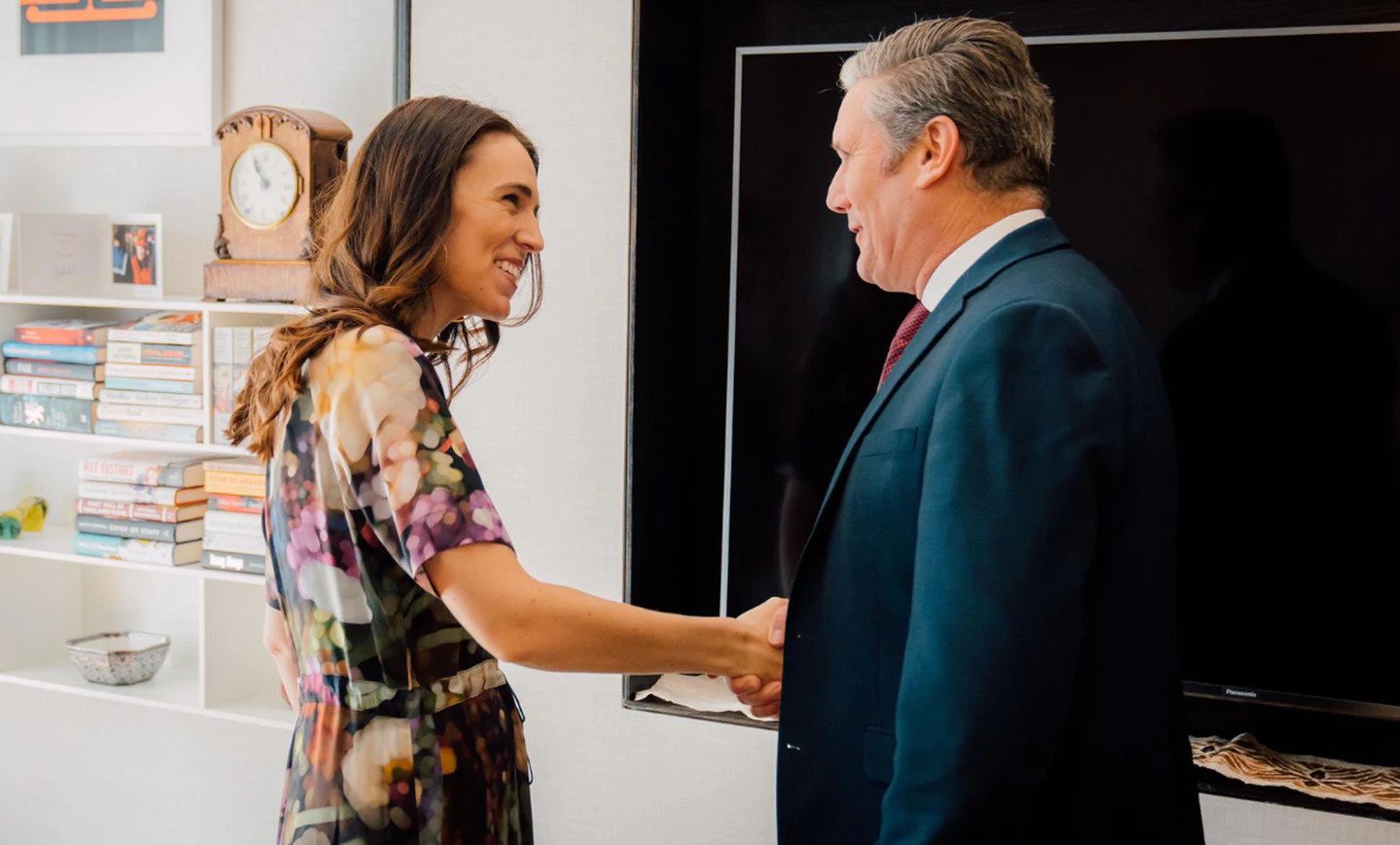 "There is a standing invitation and I can tell you that the love and affinity that Prince William has for New Zealand is very, very strong," Ardern said.

William made a trip to Christchurch in 2019, following the mosque terror attacks. Ardern said he still had a "very genuine interest and care for our Muslim community".

Ardern said some leaders had expressed an interest in visiting New Zealand that invitations had been "placed".

"It's fair to say there are invitations that we've placed given we'd love to welcome any number [of leaders]," Ardern said.

"In particular, I'm hoping in the future we can reciprocate the hospitality of Pedro Sánchez and the Spanish Government," she said

She described the trip as a "success" and brushed off criticism the Free Trade Agreement secured with the European Union did not deliver enough for farmers.

Each EU FTA must be ratified by the bloc's 27 member states.

Ardern said she believed the FTA has a good chance of being ratified quickly, unlike other FTAs that had languished without ratification for years, meaning they could not fully enter into force.

Canada's FTA, which concluded negotiations in 2014, has still not been fully ratified.

"When you look around at the other FTAs that exist with the EU, you see that ours is a really important milestone. Some have never completed ratification. We're confident ours will," Ardern said.

She will fly back to the Southern Hemisphere, although she will not immediately return to New Zealand.

Her first stop is Sydney, where she will meet Australian Prime Minister Anthony Albanese and a delegation of New Zealand businesses.