Prime Minister Jacinda Ardern will have a formal bilateral meeting with US President Donald Trump in New York next week.

The bilateral meeting will be on Monday next week, New York time.

The pair have met informally on the sidelines of Apec, and at a reception in New York, in previous years and have spoken on the phone, but have never had a formal sitdown meeting.

"I'm looking forward to discussing a wide range of international and regional issues with President Trump, including our cooperation in the Pacific and the trade relationship between our countries," Ardern said in a statement this afternoon.

"The US is a key security partner for New Zealand, and an important trading partner. Two-way trade is over $18 billion, and there is strong support from the New Zealand business community to further strengthen our trade and economic ties."

Ardern is seen by some as an anti-Trump, as a headline about her in Vogue Magazine last year screamed, but she has interacted with him numerous times, including at a US reception in New York last year.

At that reception, he congratulated her on baby Neve and she acknowledged his contribution in meeting with Kim Jong-un in an attempt to denuclearise the Korean Peninsula.

She also raised the issue of US tariffs on steel and aluminium.

That issue may again be raised at their upcoming bilateral meeting, as well as a future US-New Zealand free trade deal and whether the US may formally sign on to the Christchurch Call.

The US has been reluctant to sign on to the Christchurch Call because of first amendment and free speech issues, but the White House has expressed support for its principles.

Foreign Minister Winston Peters is thought that have raised a trade deal with US Vice President Mike Pence at the White House in July this year, hours after making a strong pitch for a free trade deal in a speech in Washington where he essentially said that the US was being left behind in the Asia Pacific region.

Ardern had been a more outspoken critic of Trump before she became Labour leader, joining the women's march in Auckland that doubled as an anti-Trump march in early 2017.

She has since been more diplomatic. 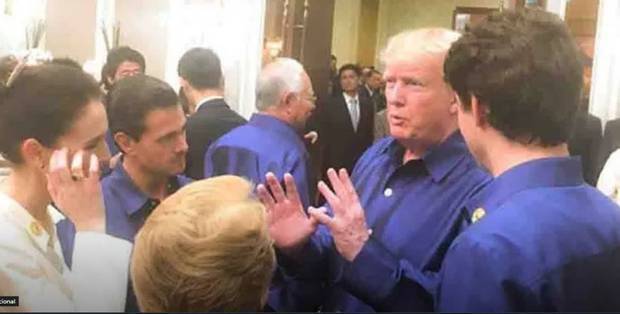 She dampened speculation that Trump had mistaken her for Justin Trudeau's wife when they first met in person on the sidelines of Apec in 2017.

Her speech in the UN general debate last year, pushing for multi-lateralism and a rules-based international order, did not name Trump but was seen as contrary to Trump's "America First" address in the same debate.

In New York last year, while on The Late Show, host Stephen Colbert asked Ardern about the UN General Assembly's laughter during Trump's speech, and the President's claim they were laughing with him.

"Are you trying to create a diplomatic incident?" Ardern responded.

When pressed, she said the assembly had laughed once with the President, but refused to say whether a second, smaller laughter was at the President, calling it a "spontaneous murmur among some people amongst themselves".

In a phone call after the March 15 terror attack, Trump asked Ardern what the US could provide and she asked him to show "sympathy and love for all Muslim communities".

She later rejected Trump's view that white nationalism was not a growing problem. 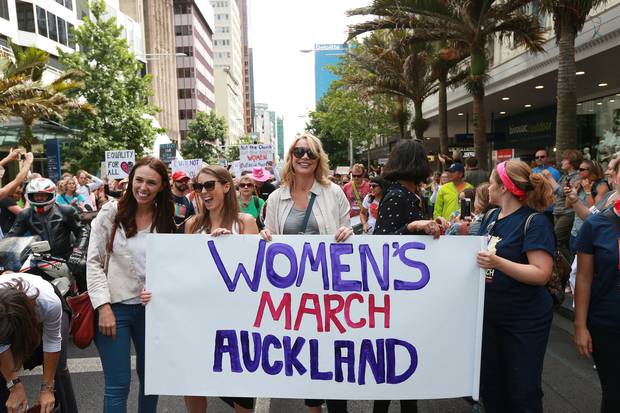 Jacinda Ardern, before she was Labour leader, Lizzie Marvelly and Alison Mau at the head of the Women against Trump demonstration in Auckland in January 2017. Photo / Doug Sherring

She also pushed back on Trump's comments in July when he told four elected congresswomen of colour to "go back and help fix the totally broken and crime infested places from which they came".

Ardern said she "completely and utterly disagreed" with him.

"I'm quite proud that in New Zealand, we take the opposite view ... that our Parliament should be a representative place. It should look and feel like New Zealand.

"It should have a range of different cultures and ethnicities, and never should a judgement be made about the origin of anyone, and their right therefore to be in Parliament as a representative."

Ardern is expected to have several bilateral meetings during her time in New York, no only with state leaders but also with tech company executives.