Talk is mounting on the left that Auckland Mayor Phil Goff will not seek a third term at October's local body elections and will endorse a rising star on council, North Shore councillor Richard Hills, as his successor.

The Weekend Herald understands the mayoral contest will be without a political heavyweight for the first time since the Super City was formed in 2010 and could well become a three-horse race.

If Goff does not seek a third term, the three candidates likely to battle it out for the mayoral chains are restaurateur Leo Molloy, Heart of the City chief executive Viv Beck and Hills. 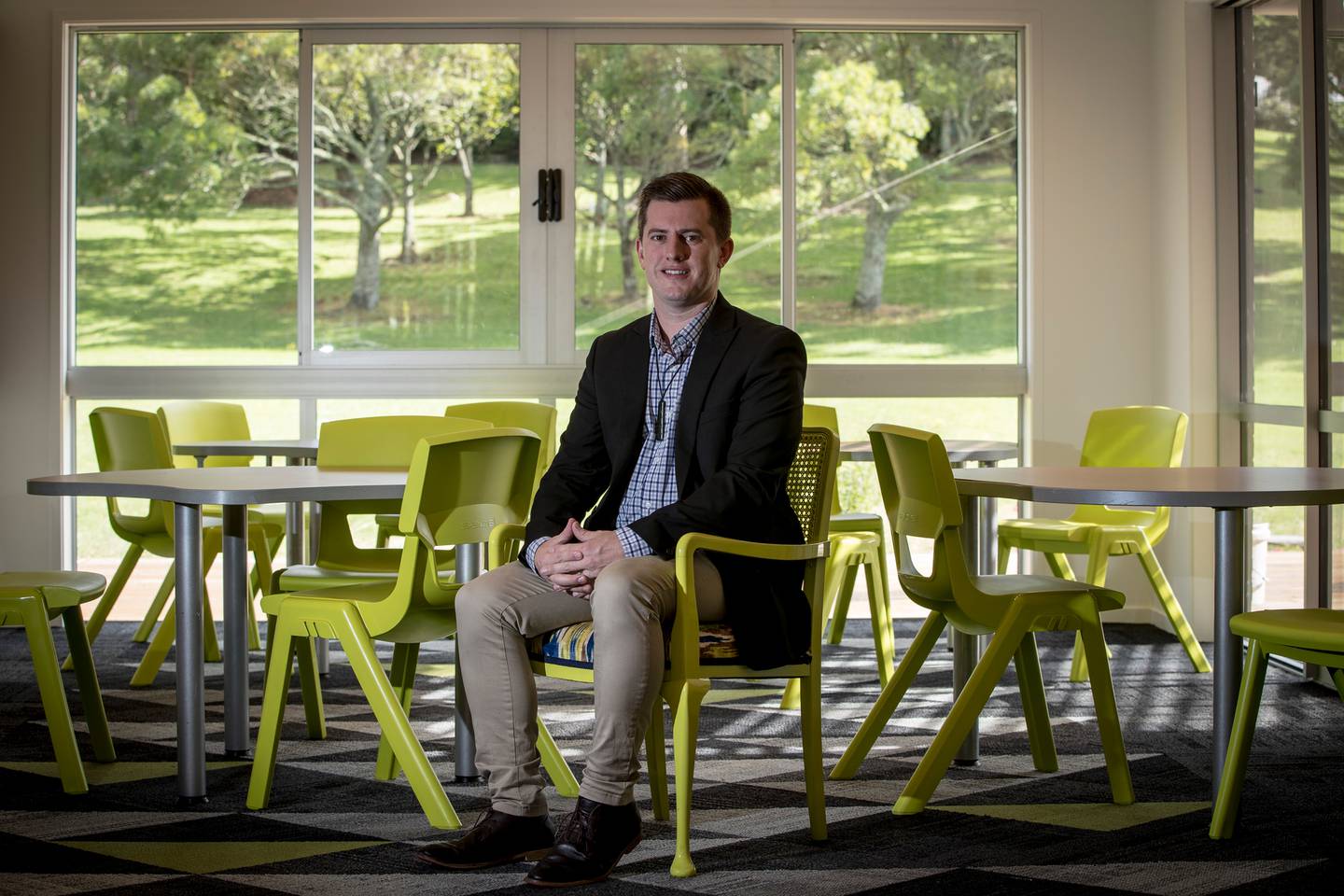 Auckland councillor Richard Hills is being touted as a successor to Phil Goff as Mayor of Auckland. Photo / Michael Craig

Manukau councillor Efeso Collins is also "extremely keen" to run for the mayoralty but the Labour member is out of favour with the party, despite his strong links into the Pasifika and South Auckland communities and his charisma and oratory skills.

It is hard to see him standing without the party machinery that would come with Labour backing.

Goff, who turns 69 this year, plans to announce his plans in the "coming weeks".

One source said there could be more options open to the former Minister of Foreign Affairs and Trade than reports he could be going to Washington as New Zealand's Ambassador to the United States. Labour councillor Efeso Collins is keen to stand for the mayoralty but does not appear to have party backing. Photo / File

Other possibilities are a posting to Canberra – where another former Labour Minister, Dame Annette King, has served three years as High Commissioner to Australia – and the United Nations, the source said.

There has been speculation that another former Labour leader, David Shearer, could stand for the mayoralty, but party sources say he has ruled it out.

Shearer could not be reached for comment, but in an interview with the Listener last month he said he has had a "close look at being mayor" and a chat with his old mate Goff but came across as lukewarm on the idea. Former National Party deputy leader and proud Westie, Paula Bennett, who helped National's MP for Whangaparāoa, Mark Mitchell, when he briefly looked at standing for the mayoralty last year, has also been touted as a candidate.

Bennett, who would have been a strong contender and brought some pizzazz to the city, said she had been approached over the summer by a number of people and had a good think about it but decided against running.
Beck is expected to announce her run for the mayoralty next week with the backing of National's de facto local body arm, Communities and Residents(C&R). 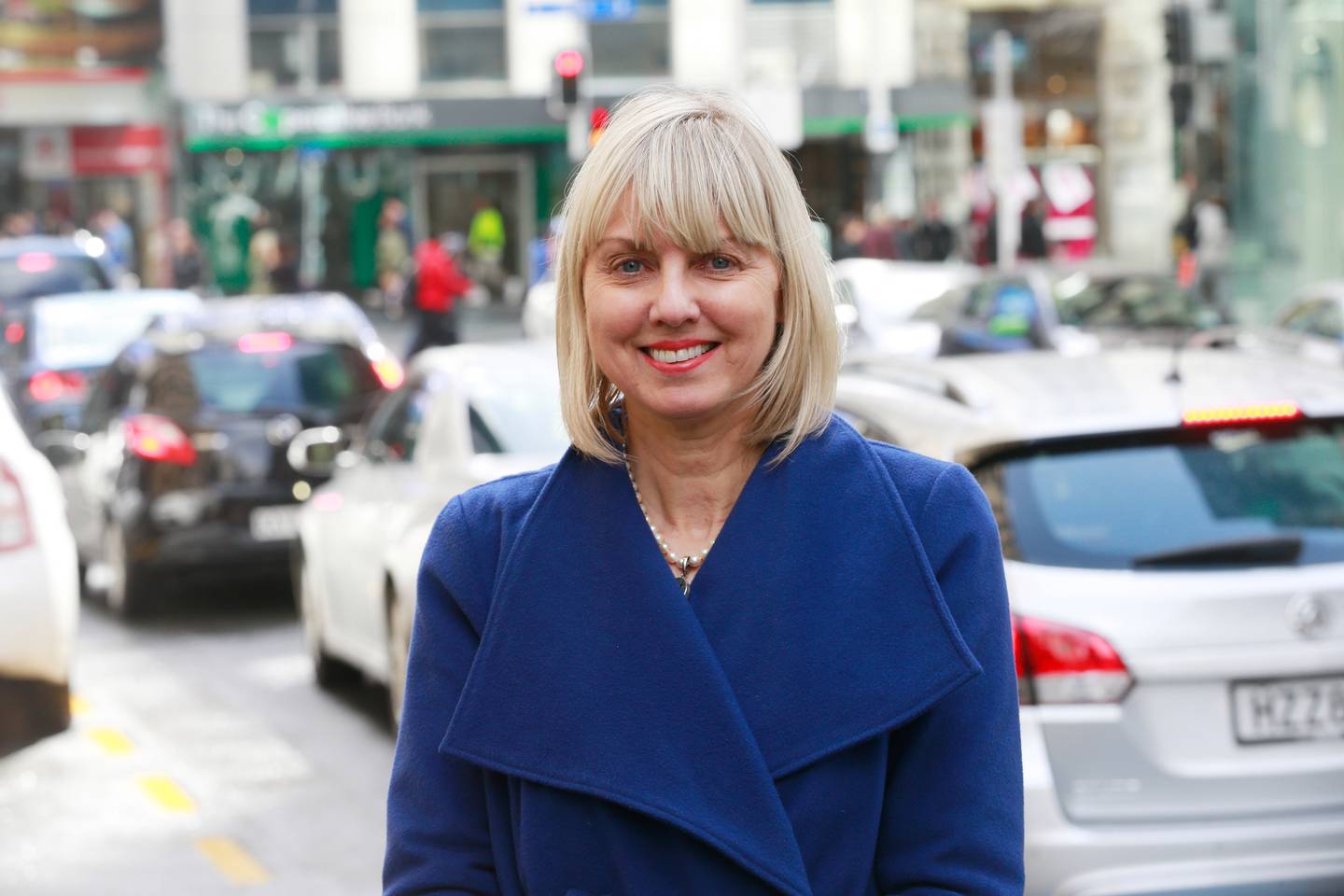 Heart of the City chief executive Viv Beck is expected to announce her bid for the mayoralty next week. Photo / Doug Sherring

C&R, formerly Citizens & Ratepayers, largely controlled the former Auckland City Council for decades before the Super City, but consistently failed to get a candidate elected to the Super City mayoralty.

A C&R source said the "stars are aligning" and there was more momentum and financial backing than for previous elections.

Like Goff, Hills said he would announce his plans in the "coming weeks", adding he had had many approaches and discussions about standing for mayor in the event Goff did not stand again.

"What I've heard from people across the city is that the next mayor has an important job to deliver for all communities across this beautiful city and needs the vision for an even better Auckland as we recover from Covid-19. Auckland businessman Leo Molloy has got out of the block with electronic billboards. Photo / Michael Craig

"At this stage, my focus is on serving the people of North Shore, leading the work on my committee responsibilities (he chairs the big environment and climate change committee) and helping drive the city's recovery from Covid-19," Hills said.

Molloy is already out of the blocks with electronic billboards around the city.

"It's a perfect storm. Auckland has never had such contempt or dislike for council," said Molloy, who is confident that when people get to know him, not as he is seen in the media, they will elect him as mayor.

With eight months until election day on October 8, two other candidates have come forward: Craig Lord, who came a distant third in 2019 with 30,000 votes, and Jake Law, whose grandfather John Law was mayor of Rodney District Council.

The Heart of the City chief executive said in November she was thinking about standing for the mayoralty and is expected to put her hat in the ring next week.

"Given everything that is going on, I think leadership is going to be critical over the coming years to help the city recover and deal with all the issues we know we have," she said at the time.

Beck will be a pro-business, centre-right candidate and endorsed by Communities and Residents (C&R).

She has built a profile since 2015 as a champion for the central city who is not afraid to challenge local and central government on issues such as the upgrade of Queen St and disruption to businesses from the City Rail Link construction works.

The severe impacts of Covid-19 on the central city have also raised her profile and honed her political skills.

The biggest challenge for Beck will be shaking off her image as the face of the "CBD", a dirty word in the minds of many voters, and broadening her appeal across the city.

Hills' name has been popping up for some time as a possible mayoral candidate and it appears he has the inside running if Goff decides to step down.

Sources say he has the backing of Goff and is a party darling, although there are still a few details to sort before it's a done deal.

Hills has had a meteoric rise at council since being elected as a North Shore councillor in 2016 at age 30. Now 35, he's a member of Goff's inner circle and chairs the environment and climate change committee.

He's also built a strong profile on the North Shore, where, bizarrely, people vote National at central government elections and for left-leaning candidates at local body elections. In 2019, he increased his vote by 50 per cent and could have a Chloe Swarbrick-like appeal to young voters in the mayoral race.

Hills, along with councillors Chris Darby and Pippa Coom, are leading the fight to tackle climate change with a strong focus on reducing transport emissions. He's pro-public transport, cycling and urban redevelopment.

One Labour source said Hills is a Goff, but he's not Goff. He's an unknown, doesn't have the political experience of Goff and untested in the rough and tumble of politics, the source said.

The 65-year-old owner of Headquarters bar and restaurant in the Viaduct is the wildcard in the pack, and not to be under-estimated.

Molloy is a thick-skinned Irish Catholic with an exuberant personality and sharp tongue, which frequently lands him in trouble. Less known, he's also a trained vet, who has used his expertise to write about vaccines and Covid-19.

Socially liberal and fiscally to the right, Molloy has the city's congestion and bloated council and council-controlled organisations (CCOs) in his sights. He wants all the council's vehicles to be powered by hydrogen and free public transport.

If nothing else, he wants to turn the waterfront, from Tamaki Drive to the Tank Farm and Queen St into a "safe, invigorating, energised jewel in the Pacific Rim", including getting rid of Ports of Auckland and building a 60,000-seat stadium and cultural centre.

"This is the second most important job in New Zealand and it needs a strong-willed businessman with a corresponding character who can bring change about. The mere fact when I walk through those doors will bring change," he says.

Molloy describes Headquarters as "a slice of Auckland" and a barometer of how people feel about the city and council. He has spoken with several political figures, but apart from some "handshakes" has still to pull together a campaign team.