Hannah Tamaki has sacked her campaign manager after he launched a tirade of abuse against The Project host Kanoa Lloyd.

Goulter, who has also acted as a spokesperson for Vision NZ, took to Facebook to label Lloyd a "rancid rotton [sic] stuffed pig with blood pouring out of her eyes" and said she should "show NZ what voluntary euthanasia looks like".

The row stems from the Herald on Sunday revealing that Tamaki was tipped to appear on the next series of MediaWorks' Dancing With the Stars.

Lloyd said on The Project show she co-hosts last night that Tamaki should not be on the programme: "I love Dancing with the Stars, and I don't really think I want to see a homophobic paso doble or a xenophobic cha-cha," she said.

"The ideas that the Tamakis have can actually be deadly. There would be no Christchurch mosque shootings if it wasn't for dangerous ideals like that."

In a public challenge to her own employer MediaWorks, Lloyd said she could not stop people attending the Tamakis' Destiny Church - but she objected to allowing them to "bring that stuff to my place of work". 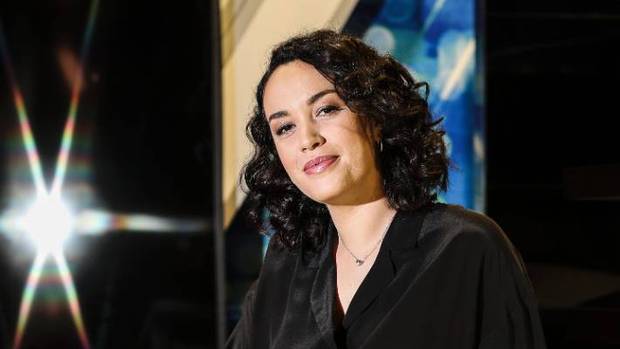 Lloyd's criticism prompted Goulter to attack The Project host - and his tirade has now cost him his job.

Tamaki, the leader of the Vision New Zealand political party, this afternoon said she was "appalled at the outburst" and had fired Goulter.

"I would never condone that disgusting language and behaviour," she said in a statement.

"I would also like to state clearly that Jevan Goulter is not, and never has been, a spokesman for Destiny Church."

Hannah Tamaki said that even though she believed Vision New Zealand, and herself had been "unfairly targeted by the media using questionable tactics and journalistic ethics, we in no way condone the language he used towards a woman and inferences made by Mr Goulter in his post".

Destiny Church leader Brian Tamaki had tweeted that Kanoa and The Project should be "shut down".