The gas turbine-propelled destroyer is the first US Navy ship to visit since USS Sampson's trip five years ago.

Sailors on the US ship spent at least 14 days in isolation at sea before entering New Zealand.

USS Howard and her crew will train and interact with the New Zealand Defence Force, with interoperability exercises and official engagements.

The USS Howard trip was a positive sign for bilateral relations, political scientist Steve Hoadley told the Herald when the ship visit was announced. 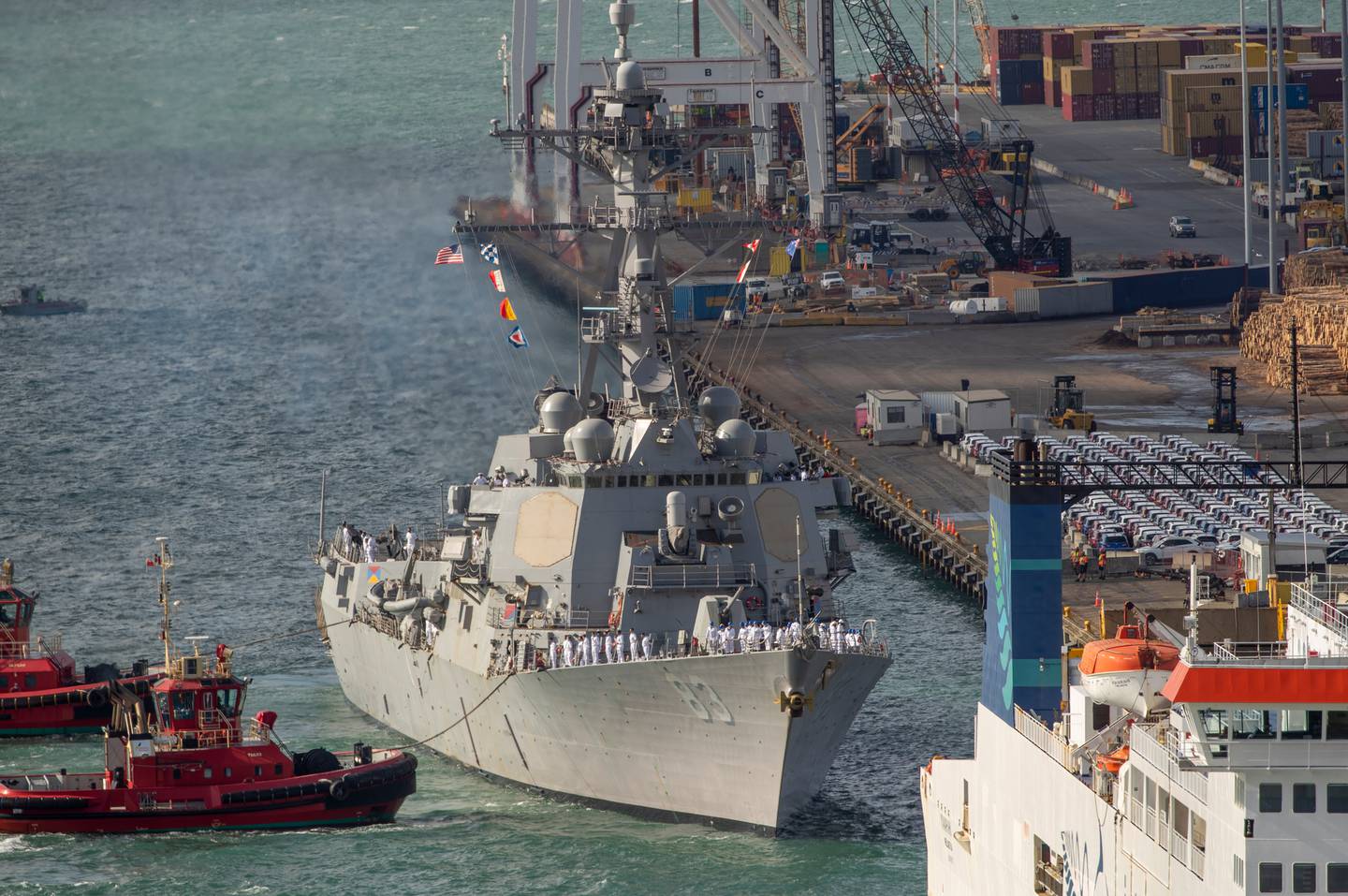 The United States destroyer, USS Howard, with crew members lining the deck, arriving in Wellington Harbour. It is the first visit by a US warship in five years. Photo / Mark Mitchell

The Smithsonian Channel said the Arleigh Burke-class destroyer had a pair of rotating cannons capable of firing 20mm shells at a rate of 4500 rounds a minute.

The ship is named after Marine Corps First Sergeant Jimmie E Howard, who served in Korea and Vietnam and was awarded three Purple Hearts.

The last time the US Navy visited, Wellington and nearby regions were reeling from the 2016 Kaikōura earthquake.

USS Sampson's visit marked a thaw in bilateral relations after the two countries disagreed in the 1980s about New Zealand's nuclear-free policy.