Almost $40,000 in taxpayers money was dished out on an Ashley Bloomfield-fronted festival remix that's gone viral around the world.

The video – which features a EDM-style remix of the Director-General of Health giving a Covid-19 update – featured online and at major summer festivals, with estimates it's reached more than 46 million people.

Officials didn’t pay to play the clip at events or use any paid promotion on social media. 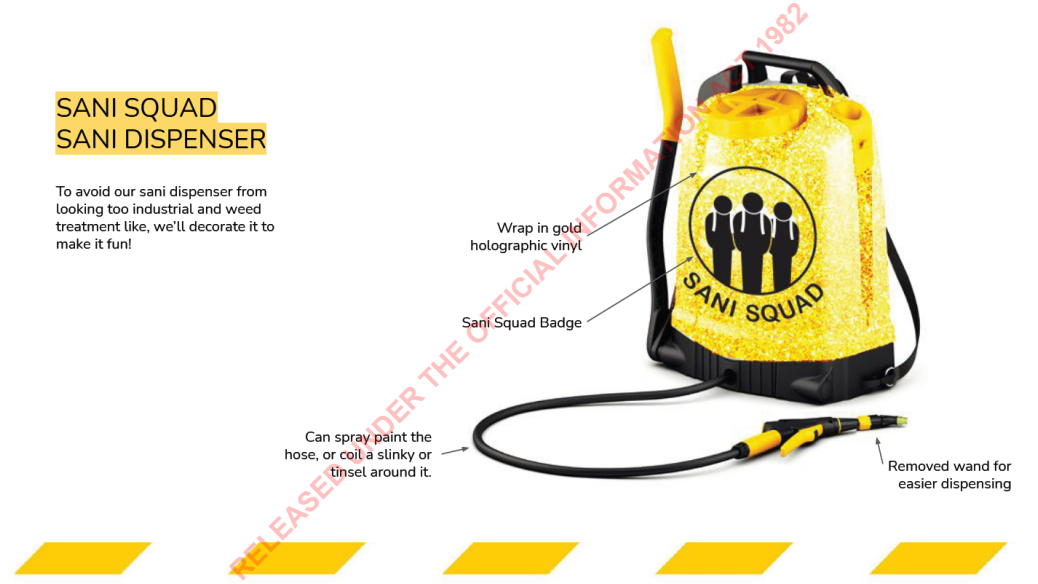 Powerpoint images were supplied under the Official Information Act.

Documents obtained under the Official Information Act show Bloomfield was filmed in mid-December,- before festival organisers got their hands on an edited copy.

Details have also been revealed about the Government's push to ensure Covid Sani Squads look anything but 'militant'.

A powerpoint released under the Official Information Act shows the Sani Squad - made up of promo staff with sanitiser dispensers – were designed to appear fun and trendy, instead of like government enforcers.

Original designs were for the dispensers to be painted gold to look less like weed treatment, and workers have been encouraged to wear bucket hats, glitter, and even yellow socks paired with LED shoelaces. 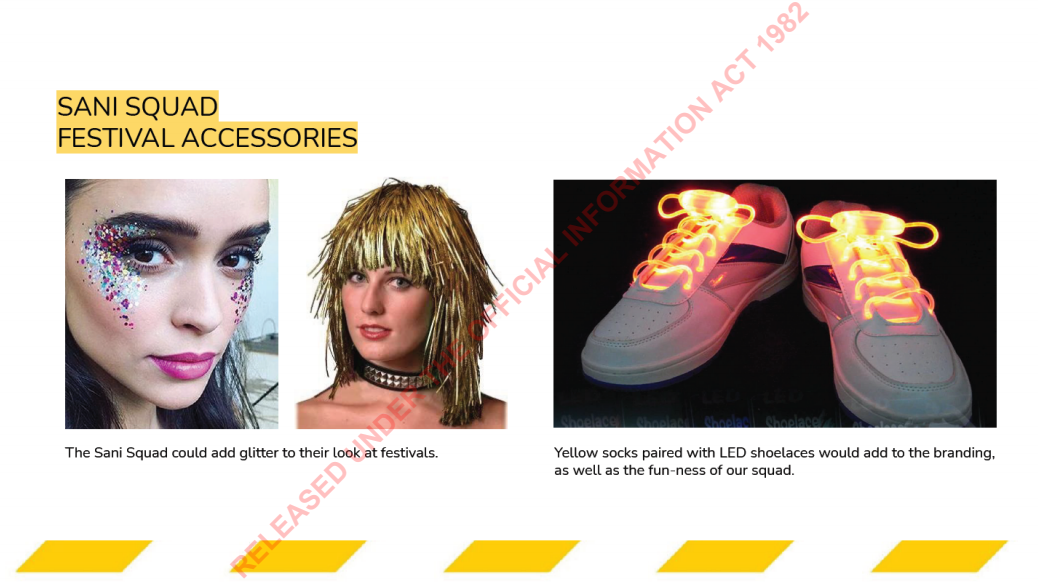 Powerpoint images were supplied under the Official Information Act.