The rush home for up to 20,000-odd Kiwis in Australia is on following the suspension of the transtasman bubble and a seven-day deadline for getting back without the need for an MIQ voucher - which are all currently taken.

Yesterday Prime Minister Jacinda Ardern said the overall risk from Australia was low, but the threat of the Delta variant and the risk of "seepage" across state borders triggered the need for the suspension.

It came into force at midnight last night and will remain for at least eight weeks.

"My strong message to every New Zealander in Australia who has no intention of staying there long term is, come home. We're giving you seven days," Ardern said, though she added it might be extended.

"If you stay beyond that period, you will have to enter into the MIQ booking system like everyone else, and at that point we cannot guarantee when you'll be able to get a voucher."

There are currently no MIQ rooms available. Rooms beyond November are yet to be released.

Flights home for the next week were quickly gobbled up yesterday, leaving a Kiwi man and his family in New South Wales and stuck on hold with Air New Zealand.

"Five minutes after the announcement, there were no flights for the next 14 days. I wish I was a Wiggle or a Wallaby."

He did eventually manage to book flights - but two weeks away. 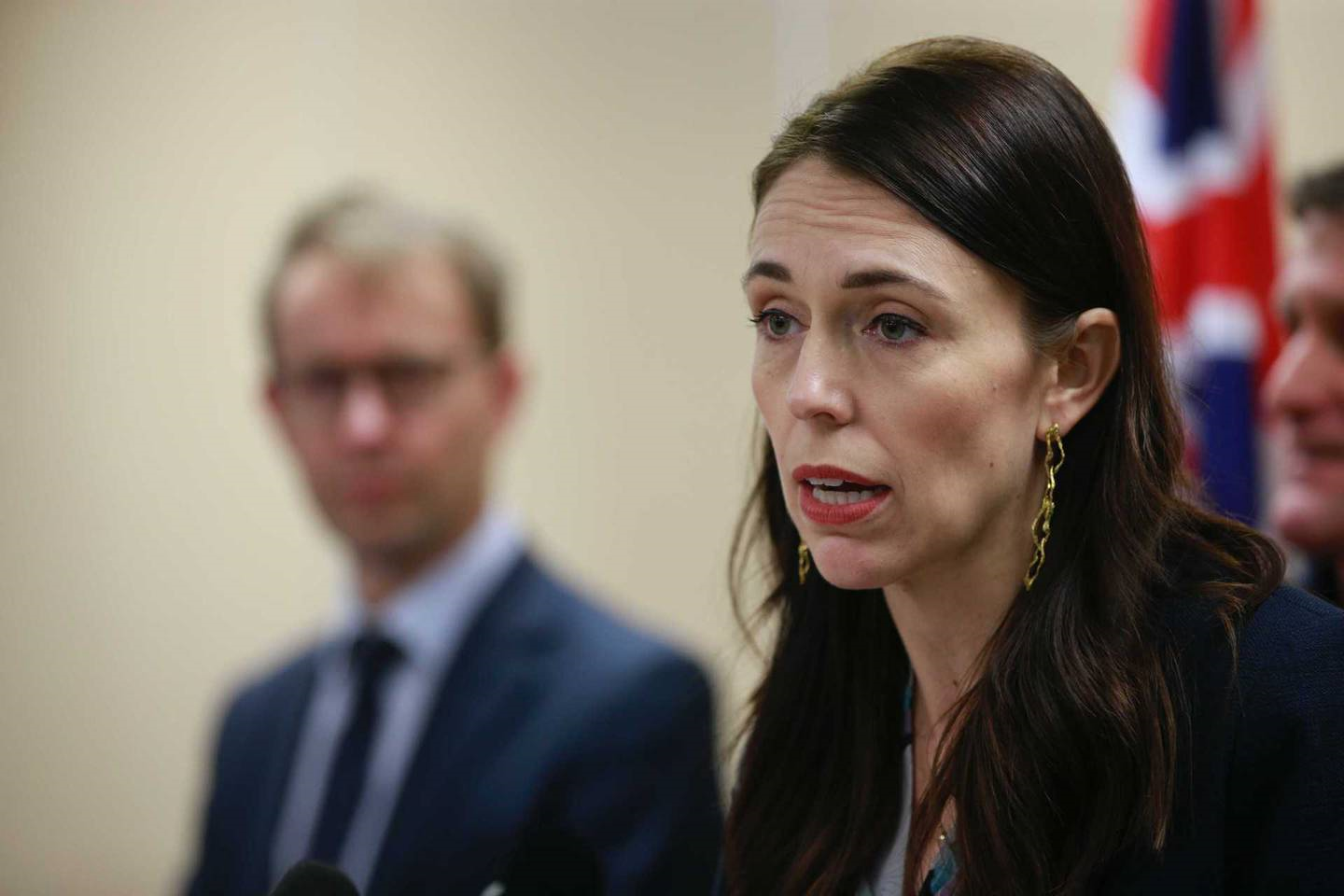 Prime Minister Jacinda Ardern said the bubble will be suspended for at least eight weeks - but is committed to it reopening when it is safe enough to do so. (Photo / Alex Burton)

The fate of the Bledisloe Cup rugby games is unclear, with Ardern saying the Wallabies could apply for a ministerial exemption to travel here without needing an MIQ stay for economic reasons - but that would need to happen within the seven-day window.

Ardern warned all passengers needing a negative pre-departure test within 72 hours of their flight that these would be checked, and no one would be able to check-in without proof of one.

The Government has sent a number of workers to NZ entry points to do "surge checking" following criticism that only up to half of arrivals were being checked for their pre-departure tests.

National and Act both supported the suspension, given how unvaccinated the population in New Zealand remains, as did public health experts.

"There have been examples of infected people carrying the virus across state borders in Australia," said epidemiologist Professor Michael Baker.

"[This] threatens the security of the quarantine-free travel arrangement, which relies on knowing that the virus is being contained within specific jurisdictions."

And while the suspension will hit some sectors, Tourism Industry Aotearoa said the impact will be "reasonably limited", especially if the bubble reopened in time for the next Australian school holidays in the latter half of September.

Hospitality NZ chief executive Julie White said the suspension was understandable, but it would nonetheless be "devastating" for some operators.

"'There goes our winter' was the reaction from one Queenstown operator."

Director general of health Ashley Bloomfield said the overall risk in Australia remained low, but it was rising, and the threat of the "highly transmissible" Delta variant required the bubble to be viewed through a different lens.

World-class contact tracing and testing had been unable to stay ahead of the Delta outbreak in NSW, which recorded its highest number of new daily cases yesterday - many of whom had been infectious in the community - for the second straight day.

NSW remained the epicentre of the Covid-19 outbreak in Australia, with 136 new cases yesterday. Kiwis arriving from the state will still have to spend 14 days in MIQ, and they won't need an MIQ voucher if they were lucky enough to have nabbed a seat on a flight in the coming week, which yesterday sold out in minutes.

The spread in Victoria, which had 14 new cases yesterday, is not as pervasive. Arrivals will need a negative pre-departure test, and to wear a mask when travelling to and from airports. They will be allowed to isolate at home, and can leave once they test negative following a day-three test.

Kiwi citizens and residents in other parts of Australia can return home without any isolation requirements if they arrive in the next week, but will still need a negative pre-departure test. They must not have been in a location of interest in the past 14 days, or be a contact of a case.

But all Kiwis coming home will need an MIQ voucher if they miss the seven-day window.

The travel requirements for those who cannot travel for 14 days because they'd been in a location of interest remains unclear, with Ardern saying it was an issue that was still being worked through. 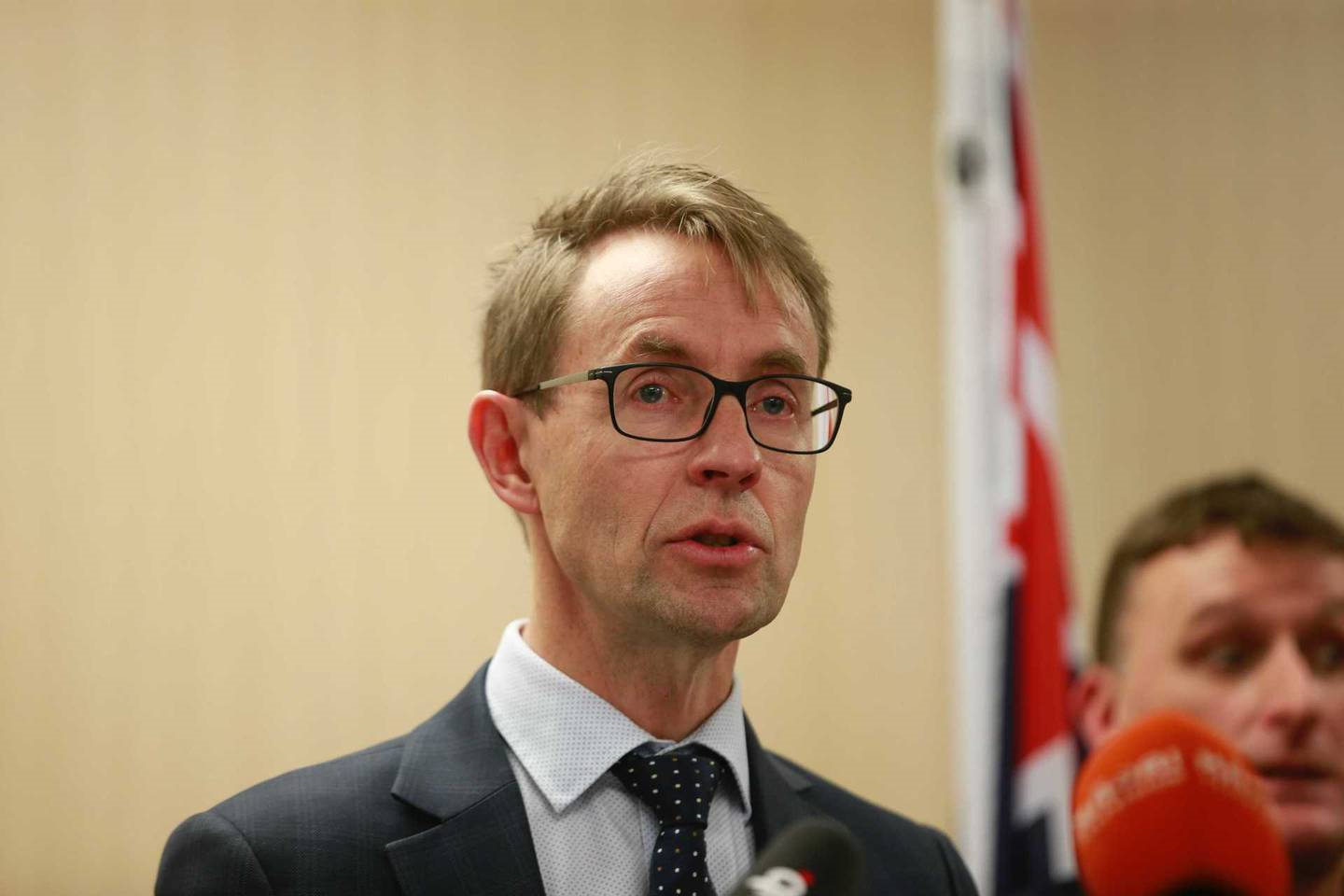 Director general of health Ashley Bloomfield says the overall risk in Australia is low but is rising. (Photo / Alex Burton)

Bloomfield said the threat of Delta had forced health officials to reconsider New Zealand's plan to respond to outbreaks.

He suggested a move to alert level 4 might be needed if any Delta cases popped up in the community here, while the boundary to contain an outbreak might need to be widened beyond contacts of contacts.

Much lower rates of infection would be needed for the bubble to reopen, he said.

Tourism Industry Aotearoa chief executive Chris Roberts said some Australian skiers would cancel their holidays, but the Kiwis who could no longer fly to Australia might instead spend their holiday dollars here.

If the bubble was reopened in time for the Australian school holidays in the second half of September, then he said the losses to the sector would be minimised.

A case could have been made for keeping the bubble open with Tasmania, given its natural moat, he added.

But Ardern said there was still a risk of Delta "seepage" into Tasmania, and a blanket suspension was the "safest way for this next period of time".

Ardern called her Australian counterpart, Scott Morrison, yesterday morning to assure him she wanted the bubble to reopen - if and when it could be done safely.

She defended keeping private for most of a day Cabinet's decision to suspend the bubble, saying airlines needed to be told so they could prepare for the deluge of customer calls.