No changes to the current mask rules and isolation periods for the orange setting are expected when Covid-19 Response Minister Ayesha Verrall sets out further steps in the Covid response tomorrow.

But free masks and rapid antigen tests are expected to be much easier to get amid concerns people are simply not testing and so are spreading the virus.

On Thursday Verrall will set out the Government's response to the surge in Covid-19 cases, which are now clocking at more than 11,000 a day.

One of the targets of that move is understood to be people who are not testing for Covid-19 – and so are not isolating and are spreading the virus. 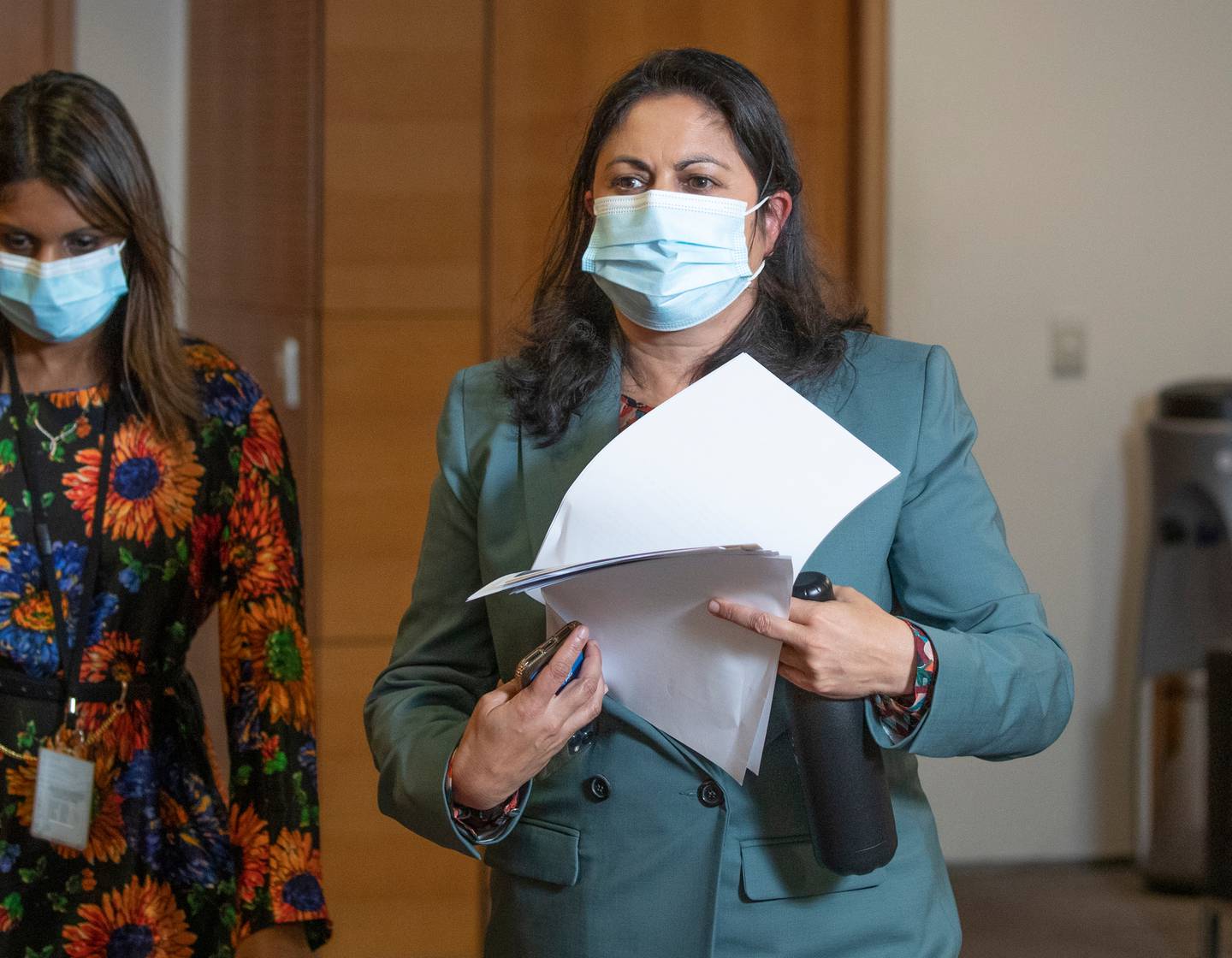 It is understood while there are no plans to change the existing rules of the orange level, the package will include much wider availability of free rapid antigen tests and masks. Further moves on vaccinations are also likely.

The move to widen the availability of free RATs is because of concern about the number of missed Covid-19 cases - the results of wastewater testing have indicated there were many more cases than were being reported.

Providing more free RATs is aimed at trying to get people to test and isolate so they are not spreading Covid-19 to others. Currently free RATs are only available for those who have Covid-19 symptoms, are a household contact, have just arrived in the country or are a critical worker.

Free masks are also in the plan as Prime Minister Jacinda Ardern urged people to stick to the rules of the orange setting.

Despite the increase in case numbers and hospitalisations, Ardern has again ruled out a move to red, saying the most effective steps are those already in play in orange – a combination of mask use, isolation periods and vaccinations.

"You'll see Minister Verrall tomorrow talking a little bit more about what we can do to focus even more on those three important principles we have just shared."

Earlier this week, Auckland University Immunologist Anna Brooks warned the country was now at a precarious place of the pandemic as cases rose and people got sick of the existing rules, especially mask use. She urged people not to get complacent about mask use.

She also wanted the second booster shot to be made more widely available to help stop the virus' spread - following Australia's lead to open it to the over-30 year olds.

Ardern urged people to follow the rules of the orange level around masking and isolation periods, saying both were effective measures to stop spread. Steps to try to increase the uptake of boosters – and the fourth vaccination for those aged over 50 – are also expected.

Ardern said numbers were going up and those who had had Covid-19 before were getting reinfected so she asked people to please wear their masks, get their boosters, and to isolate.

"They are the most important things we can be doing right now, far and away above the extra measure which is gathering limits which in this environment will not have the same impact."

Gathering limits do not apply at the orange setting, but do kick in at the red setting. However, there are questions about whether they would be effective because those hit hardest by the latest surge are older people, who are less likely to go to the crowded venues where the gathering limits would be of use.

Ardern said the consideration was around what measures would actually make a difference to the numbers. "We know what they are. Isolation if you have Covid - that markedly brings down the infection rates of others. Your household isolating with you is equally important. Mask use and vaccination. Those are three things that will have some of the biggest impact on our numbers."

At the orange level, masks must be worn on all forms of public transport, flights, and in retail outlets as well as at health and aged care services and vets. They are not required outside, or in hospitality venues or places such as the cinema, pubs, clubs and restaurants.