A National Party MP has attended a second anti-lockdown and mandate protest.

Whanganui list MP Harete Hipango has posted pictures of herself on Facebook, at a rally in her electorate.

But the post has been deleted after being contacted by her party's leader Christopher Luxon.

She wrote about freedom and choice in her post and criticised the label anti-vaxers. 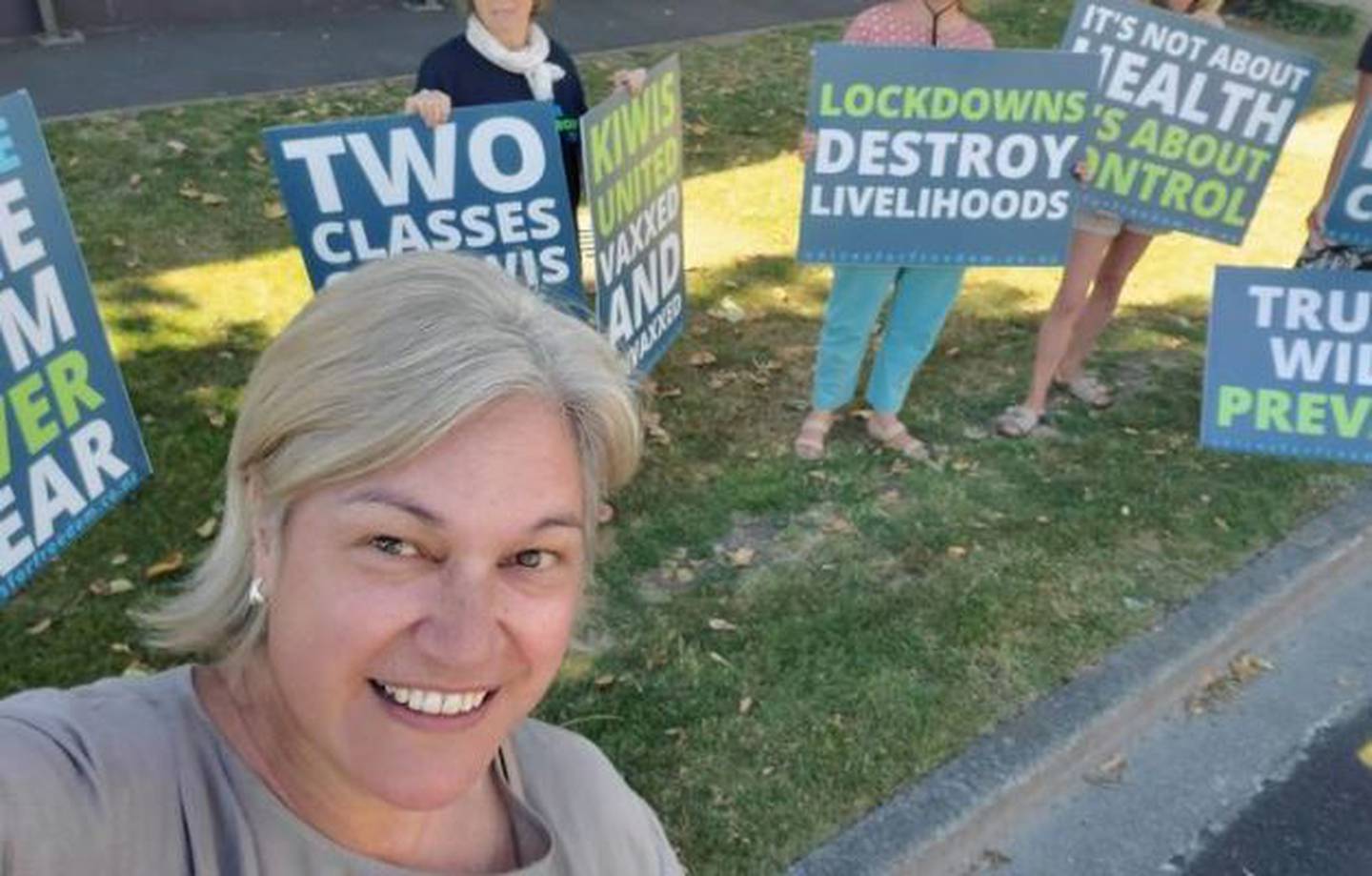 She said in a statement tonight: "I have taken down the Facebook post I made earlier today - it has been pointed out to me that it could convey an anti-vaccination message which was never my intention.

"I am vaccinated, and like the rest of the National Party I strongly support vaccination for our whanau and communities."

Luxon confirmed he had spoken to the MP after he had been made aware of the post.

"I have talked to Harete and she has taken her post down," Luxon said. "The views of the group she was with do not align with those of the National Party.

"I am strongly supportive of vaccination, as is the National party. I encourage everyone to take that step as the best protection, for themselves and their family, against Covid."

The earlier post is still being circulated though by people who are questioning the wisdom of an MP attending such a protest.

In it, she said she was in Whanganui, her "ancestral home" which previous generations had "fought (& died) for freedom and survival".

She said she "looked, listened, lingered & languish that choice is not 'so choice' & division has been driven into people & places that should not be".

"Where I treasure people & place," she added, "A place & people who ought treasure freedoms of movement, choice & speech before being banned & branded as 'hate speech/speakers' misinformers & insurgents ('anti-vaxers')."

In November, Hipango was in attendance at an earlier anti-lockdown and mandate protest in Whanganui.

She told media that she was there simply to support her local community.

The MP left the scene after a film crew had captured footage of her at the scene.

The protest had been scheduled to coincide with Prime Minister Jacinda Ardern's visit to the Whanganui region.

She later told media at a rearranged press conference away from the public: ""We're at a stage in the vaccine rollout where we're trying to reach into communities that may hold firm views."

Hipango became an MP in 2017 and her initial stay in Parliament ended at the 2020 General Election.

She returned to Parliament mid-way through 2021 via her list spot after the resignation of long-time National MP NIck Smith.

Prior to being an MP, she was a lawyer for more than 25 years and was also a member of the Whanganui District Health Board.

Shortly after returning to Parliament, she became embroiled in a spending controversy.

Then National Party leader Judith Collins confirmed Hipango as the MP against whom allegations of inappropriate spending were levelled in the last term of Parliament.

The NZ Herald had earlier reported that a National Party MP was facing allegations of inappropriate spending of taxpayer money, which both the National Party, Parliamentary Service, and the MP themselves were refusing to comment on.

Sources inside the National Party told NZME that a staff member of the MP flagged a concern in the last term of Parliament, alleging items of furniture were bought out of the MP's taxpayer funds but did not appear in the office.

The allegations surround a purchase of some furniture, including a new television, which allegedly were delivered and kept in Hipango's own home.

It is also understood the cost of a sofa the MP bought for the office at Parliament was also questioned, and the MP was told to return it.

Collins said she had spoken to Hipango, who has just returned to Parliament on the list, and been assured the issues were all sorted and Hipango had repaid Parliamentary Service for the items in question.

Collins said the items included a sofa for Parliament and some furniture in her electorate offices at the time.