An Omicron incursion in the summer could present a new set of risks, but an expert says New Zealand is armed to fight the virus mutation.

The Covid-19 variant's arrival has coincided with the release of Government papers outlining how summer holidays can influence a pandemic's evolution.

It comes as health authorities yesterday confirmed New Zealand's youngest death from Covid-19 - a child between the age of 0 and 9 is the country's 49th Covid-19 death.

There are now four cases of Omicron that have been caught at the border - one in Christchurch MIQ and three in a Rotorua isolation facility.

Papers from the same document dump show how ambitious "travel bubble" ideas were before the Delta variant sent New Zealand back into lockdown this year.

One document, previously confidential, said high levels of people movement and many mass gatherings were matters to take note of during Kiwi summer holidays.

Tukuitonga, Associate Dean Pacific at the University of Auckland, said he supported calls to keep international border and MIQ restrictions while Omicron was rapidly spreading abroad.

The new variant is so widespread, director general of health Dr Ashley Bloomfield on Thursday told a press conference: "Omicron is everywhere." 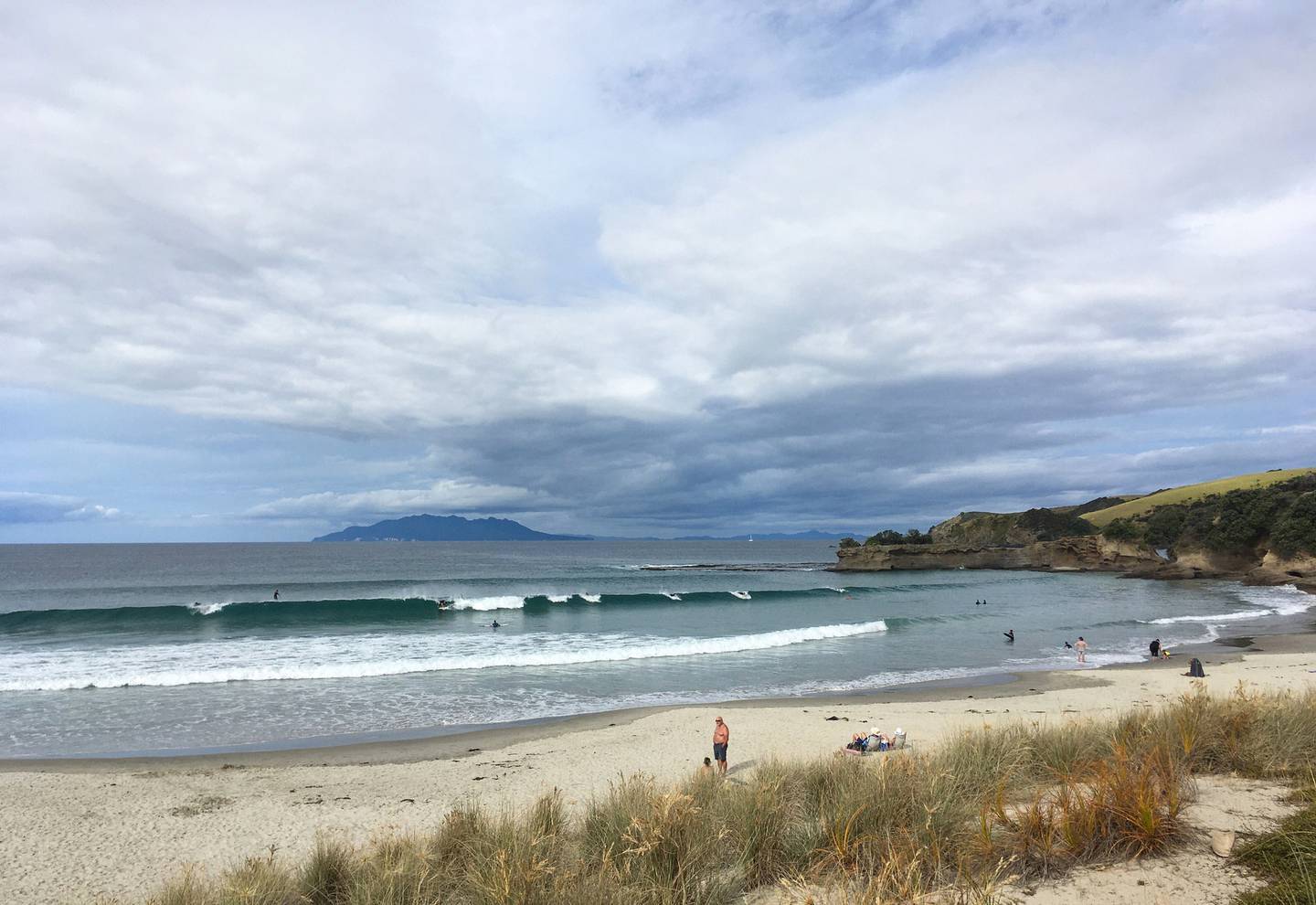 Zoning out on the beach means many people can be less engaged with public health alerts or current affairs. Photo / Alex Robertson

Yesterday, Bloomfield said if a new community outbreak happened, he couldn't rule out recommending regional lockdowns, which are provided for in the traffic light framework.

Dr David Welch from the University of Auckland's Centre for Computational Evolution said Omicron's arrival was to be expected.

But he told the Herald if Omicron infiltrated the community, it could create our biggest outbreak yet.

The plan to let New Zealand citizens return with no MIQ from January 15 should be immediately postponed to provide certainty to affected people, Welch said.

But he said thankfully, high vaccination rates could take the sting out of any summer pandemic, and booster shots should limit the impact of Omicron.

On Friday, 76 new cases were reported, down from the second half of November when numbers exceeding 150 were the norm.

"People do disengage somewhat in summer, when they're out on the beach."

But Tukuitonga suspected many people were concerned about Covid-19 and would not venture far.

"I wonder what the average Kiwi's attitude is at the present time. I wonder about the numbers of people, and I suspect that many people will stay home."

A border worker in Auckland with limited movements and few close contacts would unlikely cause any major hassle.

If a border worker's relative on holiday in a campsite tested positive, targeted restrictions or a local "alert level increase" in the old lexicon were a likely response.

But if the case was a young person with no link to the border who attended a big festival when infectious and surrounded by many drunk strangers, a nationwide alert level increase and overwhelmed contact-tracers might result.

Samoa, Tokelau and Tonga were deemed logical contenders for the next travel bubble in May, a different official paper shows.

Even some Asian countries were deemed safe enough to be considered, in a briefing on expanding quarantine-free travel (QTF).

At this time, officials examined which countries might join Australia, Niue and the Cook Islands in a travel bubble with New Zealand.

"Officials consider a reasonable next step is to explore one-way QFT to New Zealand from low-risk Pacific jurisdictions such as Samoa, Tokelau and Tonga, while allowing time for the current QFTs to bed in," the document released yesterday added.

But health and border workforces were already at capacity preparing for, or managing, the earlier bubbles.

Negotiations with Australia and the Cook Islands took almost a year before the QFT was introduced.

The methods for determining "low risk" were partly censored.

But the paper said a health assessment would have to happen, and potentially, countries with Covid-19 elimination strategies similar to New Zealand at the time would be considered.