A senior solicitor has been convicted for escaping Auckland's Covid-19 lockdown last year which he boasted about on social media as he snuck through "checkpoint Charlie".

The jaunt came just days after another lawyer and her partner, the son of a District Court judge, fled to Wanaka and became the target of the public's wrath.

By his own admission, solicitor Umar Kuddus said he felt "trapped at home" as the Government used strict measures in an attempt to curb the spread of the delta variant from August last year.

Because of the 28-year-old's brazen social media use, his excursion south of the alert level 4 border didn't go unnoticed.

Kuddus, who largely acts in civil and commercial litigation cases, emailed the Hamilton District Court on September 15 about a financial assessment hearing he was due to attend two days later. In the same message he also noted he was unable to travel from Auckland to the hearing and requested it is conducted by telephone.

Despite the court concurring, Kuddus drove for the southern border in a bid to reach the relative freedom of Waikato's level 2 at 8am on September 17.

He did not have a work exemption, nor did Kuddus have a personal exemption to cross the boundary, court papers released to the Herald read.

In one selfie from the driver's seat, viewed by the Herald, he said: "Promise I'm not flying to Wanaka."

Willis was later convicted and ordered to pay a fine of $750, while Rawnsley's application for a discharge without conviction was granted and she was ordered to pay $500 to charity. William Willis and Hannah Rawnsley were the subjects of public ire after leaving Auckland for Wanaka during last year's lockdown. Photos / File

In another social media post during his excursion, Kuddus uploaded a photo of himself driving towards the police's border control at Mercer and wrote: "Auckland's version of Checkpoint Charlie."

Checkpoint Charlie was the most infamous crossing point on the Berlin Wall during the Cold War.

Kuddus stopped at a petrol station and the courthouse in Hamilton before driving back to Auckland. The financial assessment hearing was conducted over the phone as he drove, but the lawyer had left a trail of evidence.

Because of his brazen social media use, another lawyer at law firm Meredith Connell brought Kuddus' day trip to the attention of police, the Herald understands.

After being charged with failing to comply with a Covid-19 order, Kuddus initially represented himself in the court case, including when he pleaded guilty in April.

However, after a 1am sickness excuse asking for a delay to his original sentencing date last month, police launched another investigation.

After this, Kuddus' boss and director of the firm, Radhe Nand, acted on his behalf and sought a discharge without conviction. Auckland solicitor Umar Kuddus was concerned he would lose his practising certificate if convicted. Photo / Supplied

Last week, during the rescheduled sentencing hearing in the Pukekohe District Court, Kuddus also considered, but ultimately decided against, vacating his guilty plea and defending the charge.

Nand said, that if convicted, Kuddus might lose his practising certificate and job at the firm.

Judge John McDonald retorted: "Of course you will lose your job if you lose your practising certificate."

But the judge, who conducted the hearing via video link from Whangārei, felt it was "highly unlikely" any proceedings would be taken by the NZ Law Society to strike Kuddus off the rolls of barristers and solicitors.

Kuddus was also admitted as a legal practitioner in the Supreme Court of New South Wales in September 2020.

Along with convicting Kuddus, Judge McDonald fined the solicitor $900 and ordered him to pay $130 in court costs. 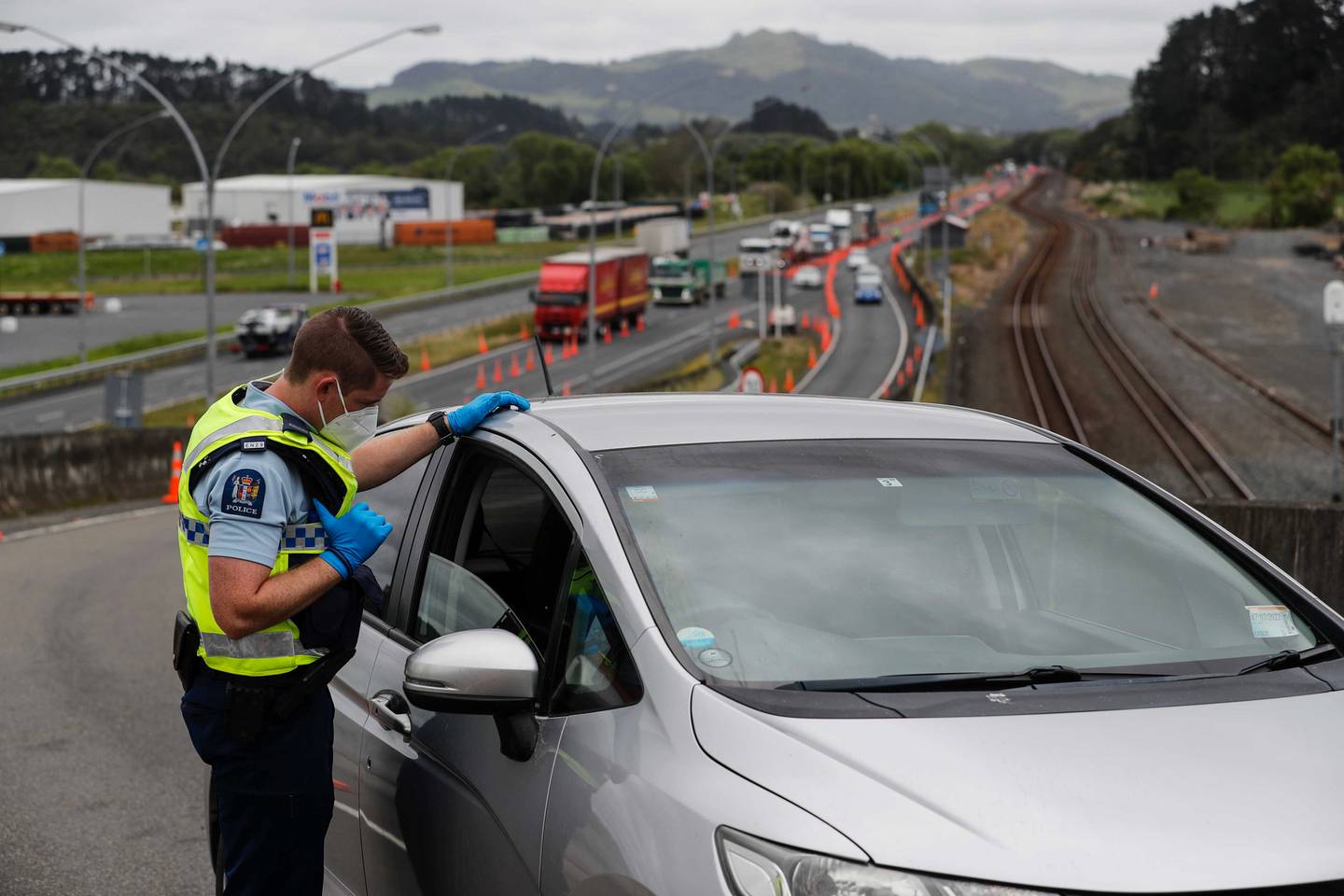 A police officer talks to a driver at the Covid-19 boundary in Mercer last October, which Kuddus described as Auckland's "Checkpoint Charlie". Photo / Dean Purcell

Nand had argued Kuddus didn't know his trip south would constitute a breach of the Covid-19 Public Health Response Act.

He said Kuddus tested negative for Covid-19 prior to leaving Auckland, "had absolutely no symptoms", and his travel "caused no harm to anyone".

Nand also said Kuddus was unaware of the Chief Justice's bench memos to all legal practitioners in August and September last year.

Helen Winkelmann's statements clearly stated no lawyer was required or expected to cross the Auckland border to attend court hearings. It was also specified that if a lawyer identified a need to cross the boundary it should be raised in advance with the presiding judge.

"If he knew about the existence [of the memos] he wouldn't have travelled," Nand said.

Judge McDonald said he had doubts about Kuddus' claim he was ignorant of the Chief's Justice's messages.

Nand further argued Kuddus' joyride "wasn't under any guise" and police at the checkpoint were shown a court letter about the Hamilton hearing.

But Judge McDonald said police at the border would've accepted Kuddus was telling the truth.

Prosecutor Todd Simmonds opposed the bid for a discharge without conviction and said: "Mr Kuddus, as a practising lawyer, should have known better."

"There was no compelling basis, or need, for Mr Kuddus to travel to Hamilton that day for what can only be described as a minor [court] appearance." 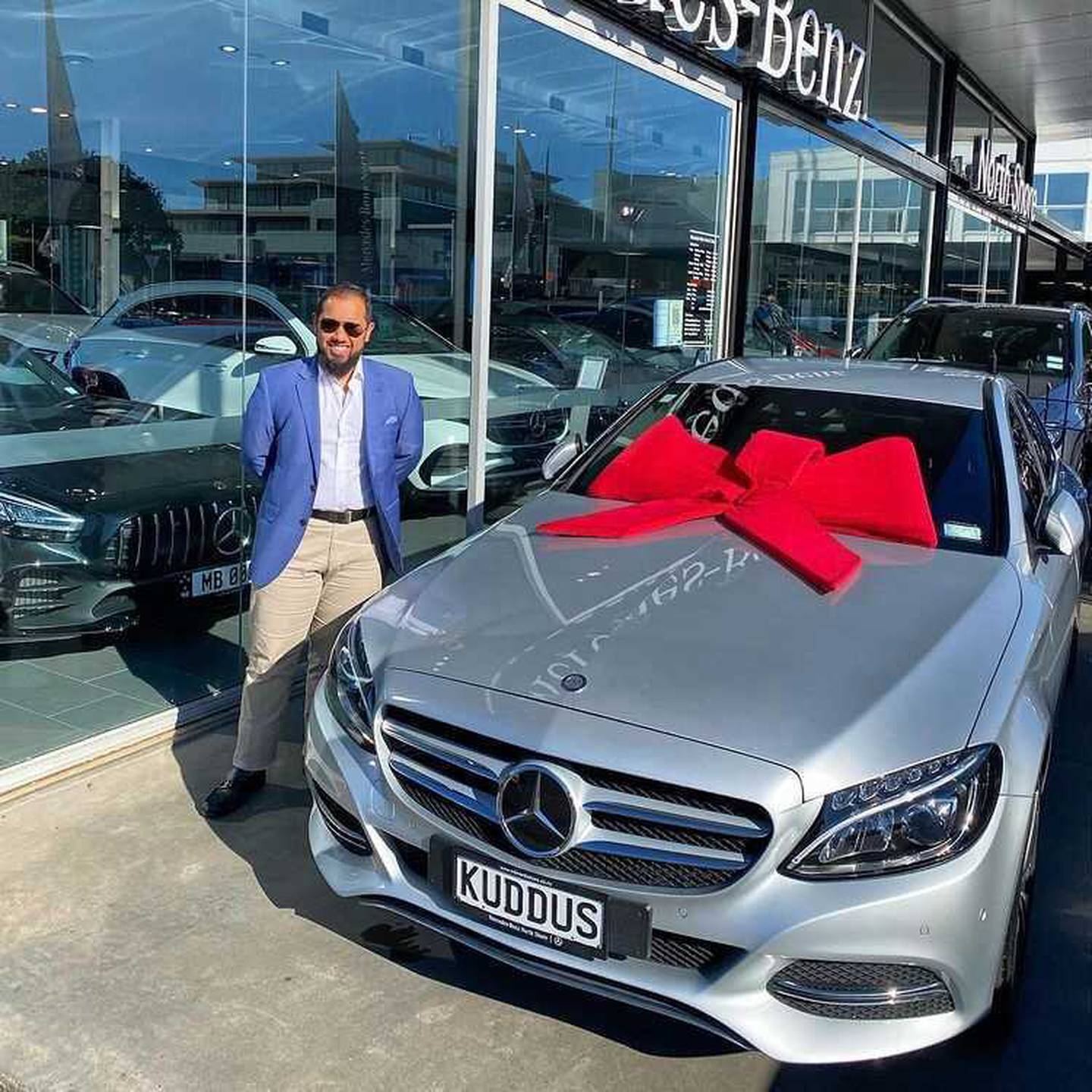 Simmonds said it seemed Kuddus was "feeling somewhat cooped up by the ongoing lockdown" and sought a reprieve.

In an affidavit from Kuddus, he said, "I had been trapped at home for so long" and felt unable to do what he loved - litigate.

Judge McDonald, however, told him others in the community "missed out on far more important events".

People who obeyed the Covid-19 rules, he said, could not attend funerals and tangi, weddings, visit family who were gravely ill, or see newborn babies.

"I'm sure all of us, to one degree or another, felt that we were being trapped," Judge McDonald said.

"Thankfully, the vast majority of New Zealanders abided by the rules."

Judge McDonald said while Kuddus had expressed remorse, "my view is that you are sorry for being caught."

"Aucklanders paid a big price for our ongoing suppression of Delta while we got our vaccination rates up," he told Q+A.