Director-General of Health Ashley Bloomfield says Kiwis may be asked to wait eight weeks between Pfizer shots because it provides more immunity than the three-week gap.

He also said Kiwis may need annual booster shots of the Pfizer vaccine - though evidence was still emerging.

He made the comments to the Conference for General Practice in Wellington today.

Recent studies have shown that an eight-week gap between doses would provide greater immunity, and Bloomfield said the Health Ministry had been looking at the issue.

It's also considered one way of getting wider immunity coverage sooner, by getting first jabs into more people quicker.

Covid-19 Response Minister Chris Hipkins has previously said three weeks was Pfizer's recommendation, adding that a longer time between jabs might see people less inclined to get the second one.

Answering a question from the floor at the conference today, Bloomfield said he would be speaking to senior ministers this afternoon, including Prime Minister Jacinda Ardern, about having a longer break between the two Pfizer doses.

He said the current three-week gap was sound and provided effective immunity, but added that there was "probably some merit in increasing the gap".

There may be more to say about it soon, he added.

During his keynote speech, Bloomfield made light of Pfizer's recommendation for a booster shot, saying it was based on a 20-person trial or maybe even less than 20 people.

There was no suggestion at this stage of a waning of immunity over time for people with two jabs, Bloomfield said.

But he added that there may be a need for annual shots to address emerging variants, much like the flu jab constantly evolves to take account of emerging strains.

The mRNA vaccines, such as Pfizer, are considered to be very easy to adapt as new variants emerge.

Hipkins said earlier this week that the Government was in talks with Pfizer about securing supplies for next year, but no purchase agreement has been signed.

One of the things still in consideration was whether the Government wanted to buy the current vaccine, or wait for an adapted one that might be more effective against the Delta or other emerging variants. 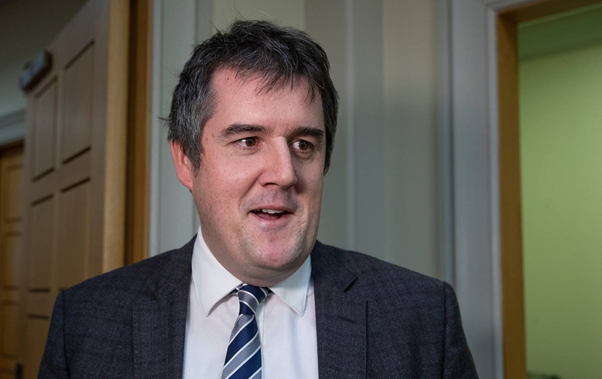 National Party Covid-19 response spokesman Chris Bishop said the Government should have already ordered doses for next year like other countries have.

"Our Government hasn't bothered. Israel has just started its booster programme for over 60-year-olds and vulnerable people. The UK is gearing up to re-vaccinate people aged 50 and over before winter kicks in."

He said if New Zealand should have the option even if a decision was ultimately made not to use booster shots next year and the following year.

"Given the incredible results of the vaccine, this is a government investment that is definitely worth it."

Earlier in his speech, Bloomfield said the vaccination rates for Maori in the 55 and over age group were higher than for non-Maori and non-Pacific, though there remained variation among different DHBs.

The Herald has asked for this data, but was told to lodge an Official Information Act request.

Bloomfield also talked about the pandemic and the importance of "leading with humility", which included being upfront when he didn't know all the answers, and being agile enough to change the response in light of new evidence.

He talked about having to adjust as people came up to him on the street and asked for selfies, and walking around town seeing people wearing T-shirts with his face on them.