By Anneke Smith of RNZ

The House will resume sitting tomorrow after a two-week recess block, with at least one returning MP partially vaccinated.

Two Act MPs have only had a single Pfizer dose, while a third, with a medical condition, is unvaccinated and awaiting a green light on a vaccination from a specialist doctor.

Act leader David Seymour has confirmed one of the party's two partially vaccinated MPs plans on returning to Parliament tomorrow, while the other will remain in Auckland.

All the members of the Labour, Greens and Te Paati Māori caucuses are fully vaccinated.

National chief whip Matt Doocey said 31 of the National's caucus's 33 members are fully vaccinated, while the remaining two are partially vaccinated with their second doses booked in.

The partially vaccinated National MPs won't be in the House when it resumes sitting tomorrow.

The Speaker's Office has set out new rules for MPs returning to the Parliamentary precinct, requiring anyone living in areas under alert level 3 to test negative for Covid-19 within 72 hours of returning to Wellington.

This must be followed by five days of self-isolation in the capital and a negative day five Covid-19 test before accessing the Parliament buildings.

Labour chief whip Kieran McAnulty has confirmed Labour MPs living in Tāmaki Makaurau or other regions in alert level 3 are advised to stay put for now. 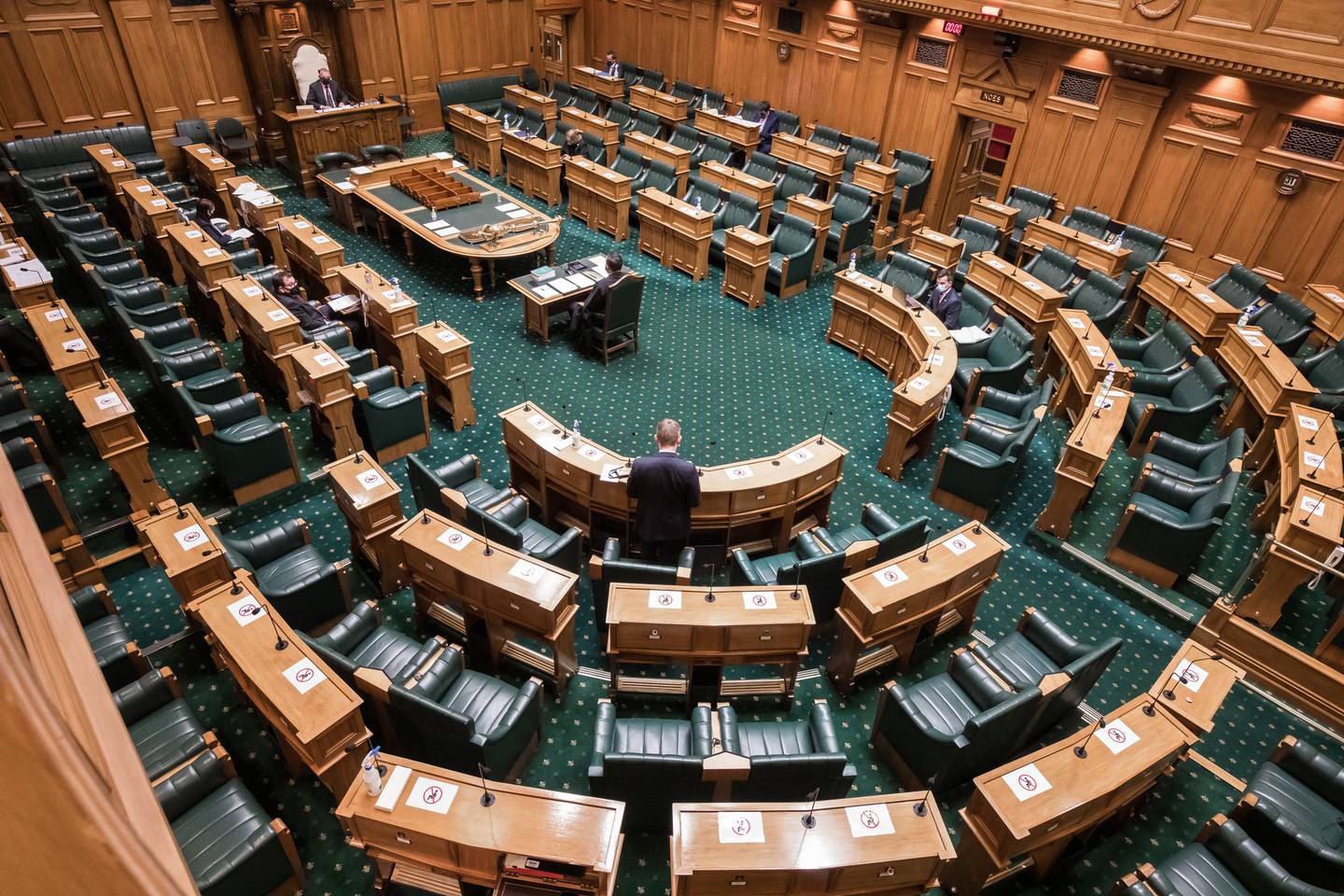 The Speaker's Office has set out new rules for MPs returning to the Parliamentary precinct. Photo / Robert Kitchin

Some ministers may be "shoulder tapped" to return to the capital, but these efforts would be led by the Prime Minister's Office, he said.

Doocey said National leader Judith Collins and Port Waikato MP Andrew Bayly were the only MPs from parts of the country in alert level 3 who will be in the House tomorrow.

Green Party MPs living outside of alert level 3 restrictions have returned to Wellington for the resumption of the House sitting on Tuesday.

Te Paati Māori co-leader Rawiri Waititi will be in the House tomorrow, while Debbie Ngarewa-Packer will remain in Taranaki to support vaccination efforts in the region.

Last week, Seymour confirmed the single outstanding member, list MP Toni Severin, had a medical condition that made her "wary" of getting the vaccine and she was seeking medical advice about it.

"Her appointment with her doctor has been delayed by the lockdown in Auckland. She has been very clear with me that if she gets clearance from her doctor she will be vaccinated and if her doctor tells her that it's unsafe she will not be vaccinated.

"I'd also just say, having talked to her about the condition that she has, she is actually quite anxious about it and I think people piling on her is compounding that anxiety.

"So I would appeal to people in the press and people generally that ultimately it's a woman's health and we should be respectful of that."