National leader Judith Collins says the Government is creating a "two class system" with its new traffic light scheme for managing the pandemic.

"Most Kiwis don't want to see a two class system sowing disharmony," Collins said, speaking to media ahead of her weekly caucus meeting.

However, Collins demurred when asked to explicitly name the "two classes" in the system.

"I think it's very clear," Collins said, citing an interview with Prime Minister Jacinda Ardern in the Herald.

Last week the Government unveiled a new traffic light Covid alert system, which includes significant freedoms for vaccinated people, who will be able to go to all venues at all three alerts, subject to some restrictions.

People who are not vaccinated or businesses that do not use vaccine certificates will face significant impediments to their freedoms at each stage of the traffic light system - however access to essential services like supermarkets, pharmacies and GPs will be unrestricted at each stage.

Ardern was asked explicitly whether the system creates "two different classes of people", to which she replied, "that is what it is - yup".

Collins said that the Government was sowing divisions.

"We can see it already with moves to blame Māori, for instance we can see that from at least one of the ministers," Collins said, naming Peeni Henare as the minister who had allegedly blamed Māori for low vaccination rates.

"The Government is sitting back and saying that they didn't do anything wrong, but those people down there who didn't get vaccinated, they're the bad people.

"That is not good enough - we need people encouraged and helped."

It is the second time since the Government announced its traffic light plan that Collins has come to the defence of people and businesses who opt to not use vaccine passports.

On Friday, she would not back the Government's ambition to cut businesses off from Government financial support, like the wage subsidy, if they refuse to implement vaccine certificates.

"We are the party of personal responsibility - I don't think we need to have people be threatened," she said.

"They're already losing their livelihoods - to be threatened now by a Minister of Finance who feels like he can spend money everywhere with no accountability."

National's own Covid plan promised to use incentives to encourage vaccine uptake, and mandated the use of vaccines in many sectors, but it did not go as far as the Government's plan when it comes mandating vaccine passports for all businesses.

The Government's plan does not officially do this, but businesses who opt not to would face significant trading restrictions.

"We believe - the National Party - in private property rights and we also firmly believe that people need to have personal responsibility, but people need to know that this is not going to continue forever," Collins said. 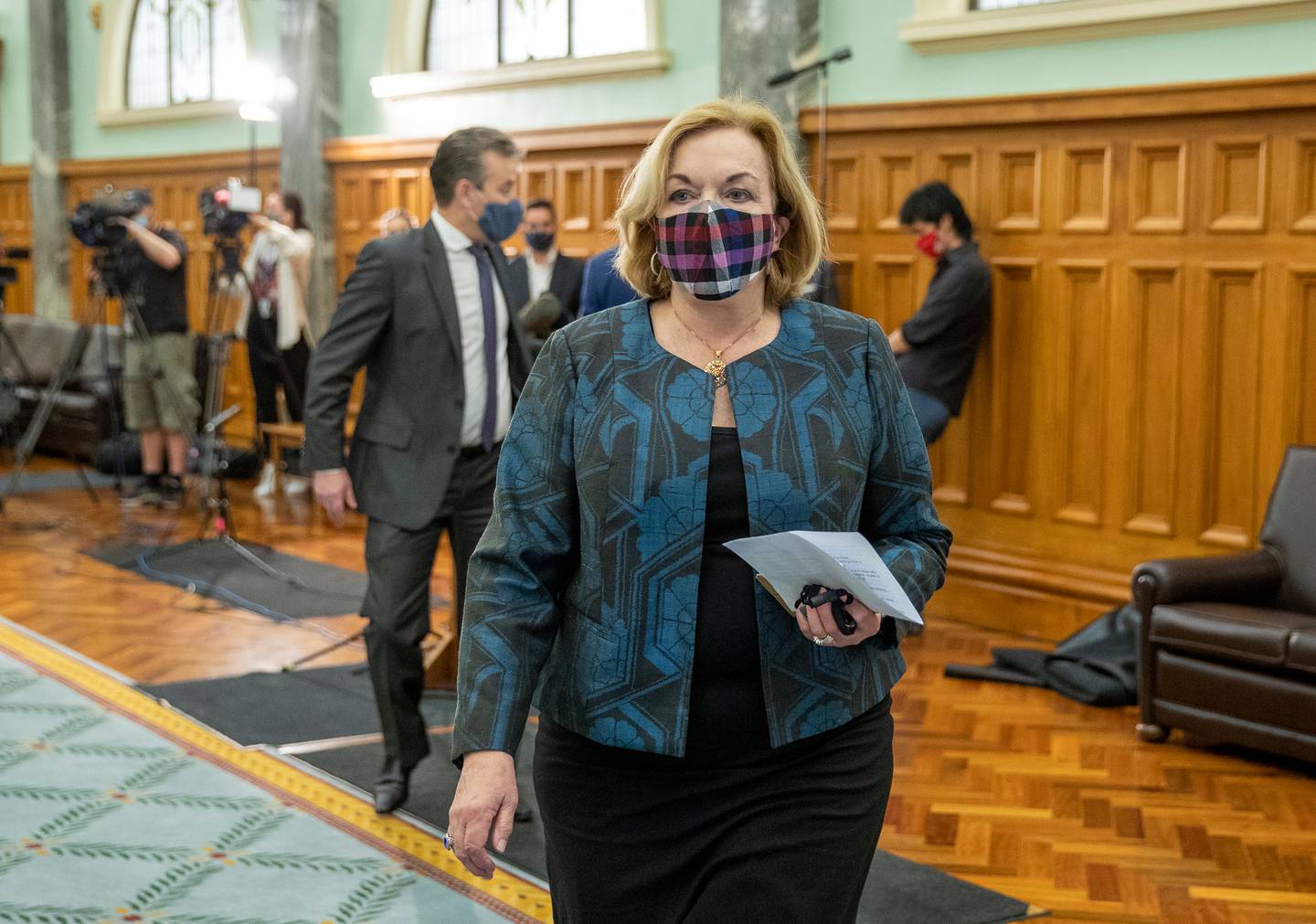 "The Prime Minister's 'if you want to do x get vaccinated' has riven division through the country in a way we haven't seen in 30, 40 years," Seymour said, referencing the 1981 Springbok tour protests.

"What the Government should have done is said business have the right to choose on their property - that way it's freedom of choice.

"Mandating - Joe Biden style - is just creating enormous division, and all it's done is create more sympathy for people who aren't vaccinated from people who think vaccination is a good idea."