National MP Judith Collins says she will not be challenging leader Simon Bridges - and does not believe a no-confidence vote against him would pass.

This morning Bridges confirmed he was facing a leadership challenge but was "very confident" he would win it.

He did not name the challengers, but it is clear he was referring to MPs Todd Muller and Nikki Kaye.

Collins and her fellow MP Mark Mitchell have since said they would not be challenging Bridges for the role – although it remains possible one or both would contest it if it came up.

Muller and Kaye are yet to respond to approaches for comment. 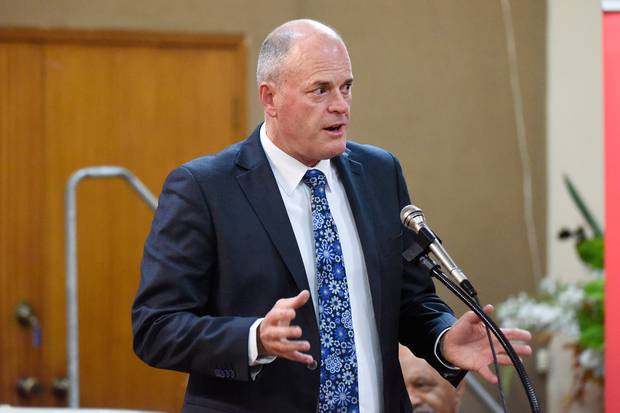 It comes after MPs told the Herald that Bridges would face a no-confidence vote at the caucus meeting next Tuesday. It is understood Muller and Kaye had been sounding out MPs about whether there was support for a leadership change.

That was triggered by a Newshub-Red Research poll which had National at just 30.6 per cent, and Bridges' ongoing struggle to get any traction as preferred Prime Minister against Prime Minister Jacinda Ardern.

Collins told the Herald this morning that she did not believe a no-confidence vote against Bridges would pass, and she had "no intention" of standing in a leadership contest.

"It is very important I think that there is as much caucus unity as possible going into any election and I'm just not interested in being part of anything other than doing my job," she said.

"My view is I am just focused on the job and I am not part of anything that is going on. I am keeping myself well out of everything."

Collins is the only National MP other than Bridges who regularly appears in preferred Prime Minister polling – she was at 3.1 per cent in this week's Reid Research poll while Bridges was at 4.5 per cent. Bridges was down six points from the previous poll in February.

Collins contested the leadership in 2018 against Bridges, Steven Joyce, Amy Adams and Mitchell when Bill English stepped down.

Mitchell would not comment on whether Muller and Kaye were the challengers: "I'm sure that will become clear on Tuesday."

Mitchell said the resolution of the challenge would be "done quickly".

He knew who the challengers were - "conversations had taken place" - but nobody had called him to ask for support.