Over a third of cars on the road will be electric or hybrid – and high-emitting vehicles will be banned – under a significant plan unveiled by the Government.

The $4.5 billion in funding announced today will help reduce global warming and avoid the catastrophic impacts of climate change.

It also includes half a billion dollars to help low-income families shift to electric and hybrid vehicles – part of the Government's commitment to ensuring climate action does not further entrench inequality.

It has been met with a mixed response among climate experts and commentators – many of whom didn't see it going far or hard enough, particularly with little said about the responsibility of agriculture, which makes up half of all emissions.

The Government's Emissions Reduction Plan (ERP), unveiled today, represents one of the most important and ambitious steps Aotearoa has made to do its bit toward tackling a climate crisis fast approaching the symbolic 1.5C threshold and reaching the target net-zero greenhouse gas emissions by 2050.

It seeks to do so first by meeting three emissions budgets initially out to 2035, which have Parliamentary support.

Deputy Prime Minister Grant Robertson said it was the "most significant day in our country's history on climate action".

National leader Christopher Luxon said his party has questions about the plan, and he was concerns it was "a poor use of taxpayers' money", Luxon said.

"Too much of the new spending will go to corporate welfare and more working groups," Luxon said.

"The Government is proposing to give hundreds of millions of dollars to companies for investments they should be making anyway," he said.

Luxon slammed the plan for having too much "poor quality spending and corporate welfare" but backed the Government's decision to invest in reducing agricultural emissions.

The primary focus in the plan is transport, which makes up 17 per cent of total emissions and had increased 76 per cent since 1990.

"Where more people can purchase electric vehicles (EVs), our towns and cities have world-leading public and active transport infrastructure, our highest emitters have switched to clean and reliable energy, our farmers are growing food in ways that help the climate, and more of our homes are warmer and more affordable to heat."

Asked if the Government had moved fast enough given the immediate threat of climate change, Shaw said it had taken "30 years to get to the start line".

He said we should always go "further and faster" but he was confident in the plan. Shaw said the plan was based on principles, including New Zealand playing its part in the global effort, Te Tiriti o Waitangi and equity, working with nature to address the biodiversity crisis, and all working together to build a more productive and sustainable economy.

The transport sector will get a $1.2 billion boost, including $569m for the Clean Car Upgrade, which will help lower and middle-income households scrap high-emitting vehicles in exchange for electric and hybrid alternatives.

The trial will initially support up to 2500 vehicles.

Shaw said equity was a major focus of the plan and that climate action should not "further entrench inequality".

The long-awaited plan also adopts previously-touted goals of 30 per cent of the light vehicle fleet being zero emissions by 2035, and total driving being cut by a fifth.

By next year measures will be in place to ban the highest-emitting vehicles, or at least impose "very high penalties".

These measures are designed to encourage uptake, as at March EVs accounted for fewer than 40,000 of more than 3.3 million light vehicles on our roads – just over 1 per cent - despite recently-announced measures like new import standards and "feebates" that target polluting vehicles.

By 2035 the Government has also required the entire public transport bus fleet to be zero emissions, with only zero-emissions buses entering from 2025.

The plan does not contain any commitment to continue the half-price public transport fares scheme, though Robertson said extending this was "still under review" ahead of the full Budget being released on Thursday.

The plan does indicate support for a congestion charge in Auckland with a decision expected later this year.

Prime Minister Jacinda Ardern said it was a "landmark day" in the transition towards a low-emissions future.

"We've all seen the recent reports on sea level rise and its impact right here in New Zealand. We cannot leave the issue of climate change until it's too late to fix," said Ardern, speaking from isolation due to Covid-19.

Robertson today revealed the Climate Emergency Response Fund, established with $4.5b from Emissions Trading Scheme revenue, and which will fund many of the actions.

The fund will initially have $2.9b over four years.

Māori have long been recognised as among the most vulnerable groups to climate-change impacts due to their "significant reliance on the environment as a cultural, social and economic resource".

The Māori economy relied heavily on primary industries, and many communities were near the coast. Already many urupā (burial grounds) and marae were being flooded or washed into the sea.

Shaw said empowering Māori to lead responses to climate change and upholding Te Tiriti o Waitangi principles were one of the key focuses in the plan. This included developing a specific Māori Climate Strategy and Action Plan. 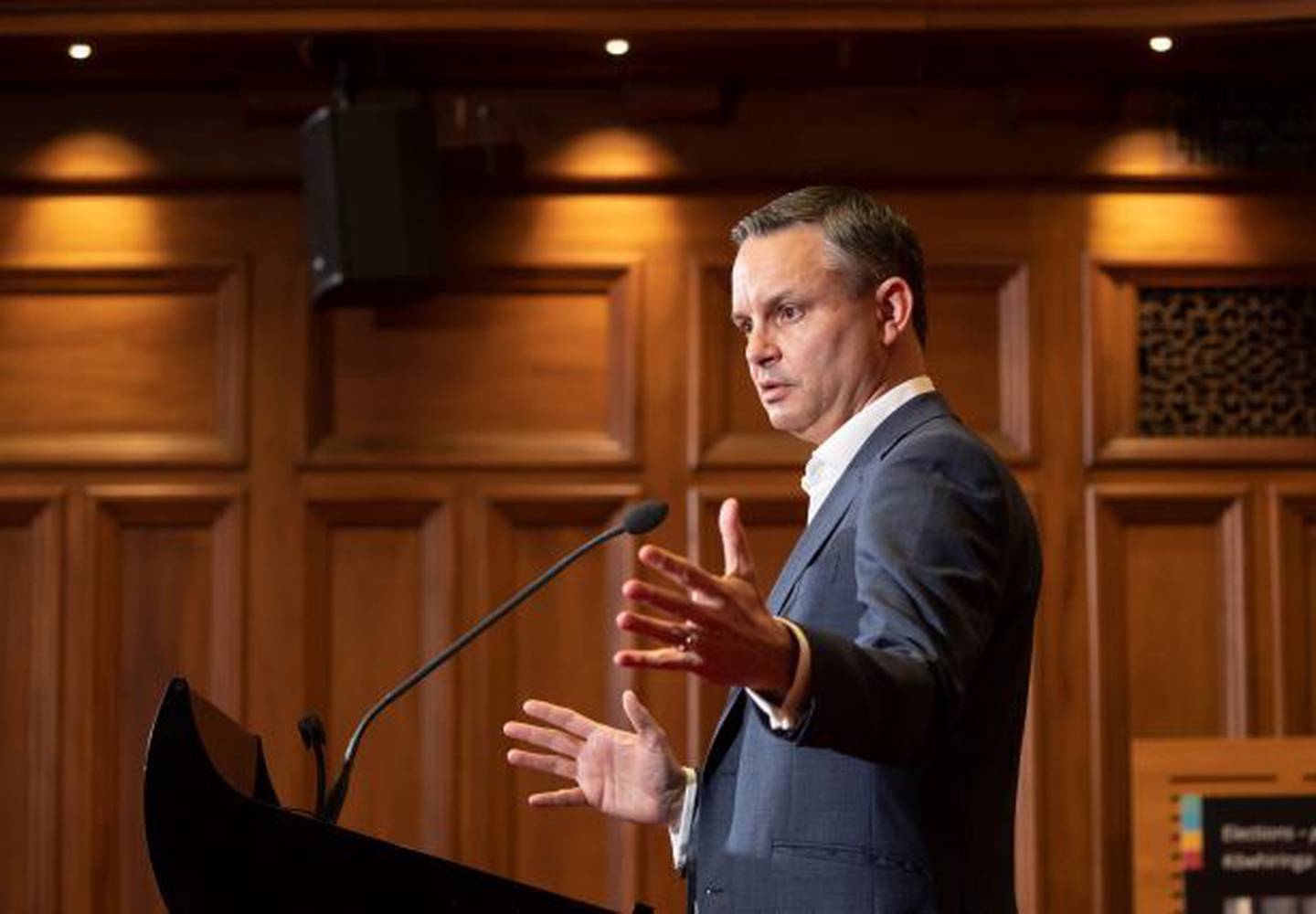 In the agriculture sector as expected the Government did not adopt the Climate Commission's bold proposal to chop dairy, beef and sheep numbers by 15 per cent this decade.

That's largely because the Government is negotiating separately with the industry through the He Waka Eke Noa programme – and big decisions around emissions cuts aren't likely until later in the year.

The plan itself expects just a 0.3 to 3.7MT of C02 equivalent reduction by 2025, however by then the sector will come under the Emissions Trading Scheme.

Agriculture Minister Damien O'Connor said while he accepted those initial targets were small he was confident the sector would meet its targets to cut biogenic methane emissions by 10 per cent on 2017 levels by 2030 and by between 24 to 47 per cent lower by 2050.

But despite agriculture still being outside the Emissions Trading Scheme the sector will receive $710m over four years in funds from it to help lower emissions in the sector and develop "green fuels".

This included $339m to accelerate technology, including establishing a Centre for Climate Action on Agricultural Emissions.

Asked how that was fair the sector received funding without contributing to it, Robertson said they could have taken a "principled stand" but these funds would work towards lowering those emissions.

Shaw said emissions pricing under the Emissions Trading Scheme would continue to be a key part of reducing emissions, but relying on it alone was considered to have the highest cost, and thus would work with other measures in the plan.

Other targets enshrined today include reducing waste emissions from landfills, with most houses to have food waste collection by 2030. Freight emissions would also be reduced by 35 per cent by 2035.

Shaw said the energy sector was another primary focus, which made up 27 per cent of emissions.

Actions there included new coal boilers to be banned and old ones phased out by 2037.

Just over $650m had been allocated to decarbonising industry over four years until 2026, with another $330m over three years after that.

Funding would also go towards developing an energy strategy and using alternative fuels, such as hydrogen and those derived by biomass.

The final carbon budgets confirmed this month, taking us out to 2035, are roughly similar to what the Climate Commission recommended nearly a year ago, along with what the Government floated in its own draft version of the emissions plan.

Over the first period, out to 2025, the Government wants to keep emissions to around 290 megatonnes of CO2e (MtCO2e) - or slightly under the emissions we've projected.

While the allowance lifts slightly over the second period – that's 305 MtCO2e between 2026 and 2030 – it's still calculated to be about 20 per cent less than what the country pumped into the atmosphere in the five years to 2021.

The plan has been met with a mixed response among climate experts and commentators – many of whom didn't see it going far or hard enough.

Greenpeace was particularly critical of agriculture receiving millions of dollars from a Climate Emergency Response Fund which it hadn't contributed to.

Lead agriculture campaigner Christine Rose said the Government was simply relying on "industry self-regulation through He Waka Eke Noa – which is also expected to reduce emissions by only 1 per cent".

"This is a kick in the guts for New Zealanders who are effectively subsidising the intensive dairy industry due to the industry's exemption from the ETS."

Rose said there needed to be a plan to cut cow numbers, phase out synthetic fertiliser and drive the transition to more plant-based regenerative organic farming.

Otago University political theorist Professor Lisa Ellis said it was good news that New Zealand now had a set of carbon budgets and a plan to meet them.

But she saw the budgets as unfair and insufficient, "while the plan to implement even these weak targets is unlikely to succeed".

"Postponing substantial action yet again undermines our 'clean, green' image and our status as a good Pacific neighbour," she said.

"Despite that bad news, we can still hope that the infrastructure for climate action now in place will eventually do its job, pushing us toward the low-emissions economy that will be better for us all."

On transport, Canterbury University researcher Professor Simon Kingham said Kiwis would have to change the way they moved – particularly with the plan's target of slashing light vehicle travel by a fifth.

But he didn't see the plan as forcing or pricing people out of their cars, but making greener travel options more attractive.

"Currently, for many New Zealanders it isn't practical to walk, cycle or use public transport, and to change this, there needs to be an increased investment in public transport and walking and cycling infrastructure," he said.

"The challenge now is how to encourage people to leave their cars at home. This week's budget may tell us more."