Entire towns and communities will likely need to be abandoned because of climate change impacts and laws will be in place to guide the high-cost and last resort scenario by 2024.

Floods and massive slips that tore through Tairāwhiti this year, cutting off entire communities, are a taste of what is to come if global warming continues under current trends.

Combined with rising sea levels the sobering reality that many coastal New Zealand populations and cultural landmarks, from marae to urupā, will need to be moved is laid bare in a major plan unveiled today to help the country adapt.

The technical term "managed retreat" is canvassed in the Climate Change Adaptation Plan, which could cover everything from towns to million-dollar waterfront homes and the tricky subject of who pays and how much.

Under the plan, which covers over 120 actions, the Government will instruct councils to better factor in high-risk climate change scenarios, and introduce a bill by the end of next year on managed retreat.

The plan covers a six-year period to 2028, and works off a climate assessment completed in 2020. The process will be repeated another five times through to 2052 with public input, to enable policies to be reassessed and re-evaluated.

"However, even with 1.5 degrees of warming, we are going see the impacts of climate change on our communities and the way we live our lives.

"It is absolutely crucial, therefore, that we do everything we can to adapt to these changes."

According to Niwa, in the past century alone, Aotearoa's climate has warmed by 1.1C.

There are more hot days and fewer cold days, with 2021 the warmest year on record, surpassing the record set in 2016. 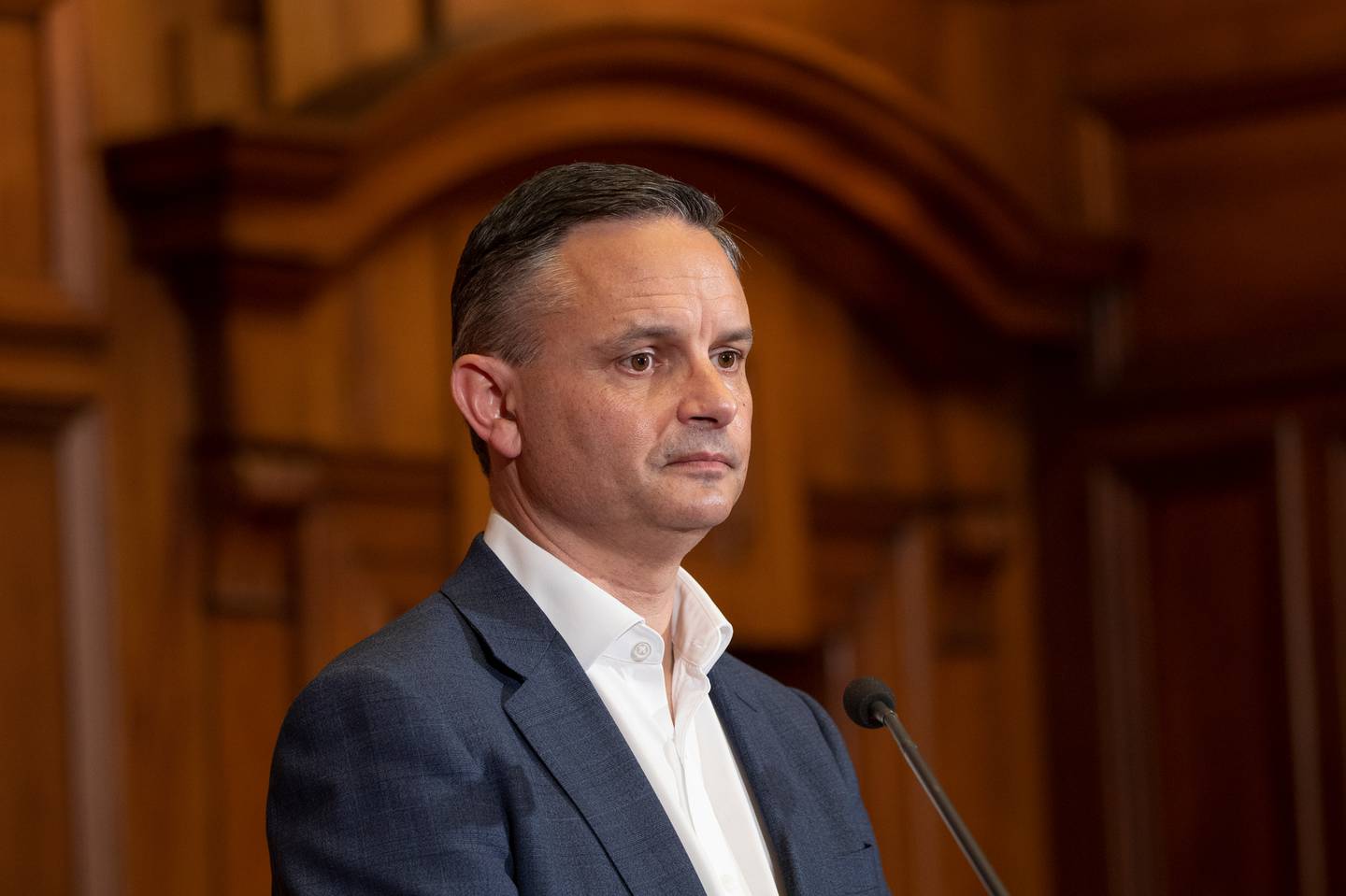 This comes alongside rising sea levels, with an average rate of 3.7 millimetres per year between 2006 and 2018.

A recent report found combined with sinking land in places sea levels in of our two biggest cities and many other parts of the country will double that generally projected – and much sooner than first thought.

Scientists behind that stock-take – giving projections for  every 2km  of Aotearoa's coastline, right out to the year 2300 – say councils should be preparing for higher seas right now.

Under the highest emission scenario, sea-level rise in Aotearoa is projected to increase by 1.09 metres on average.

About 675,000 (or one in seven) people live in areas that are prone to flooding, which amounts to more than $100 billion worth of residential buildings.

More than 72,000 people live in areas at risk of storm surges and the number exposed will increase as rainfall increases, storms become more frequent and sea levels rise.

Between 2007 and 2017, the contribution of climate change to floods and droughts alone cost an estimated $840 million in insured damages and economic losses.

"We have already seen what can unfold. Severe weather events that had previously seemed unthinkable, even only a few years ago, are now happening at a pace and intensity we have never experienced before.

"And when they happen, everything from the roads we rely on, to our drains and water supplies, to getting the kids to school can be severely disrupted."

Shaw said the plan would give people and communities the tools to adapt and prepare now.

"It will always be much more cost-effective to invest early in climate resilience than to live with the costs of inaction."

During the transition to the new system, councils will be required to "avoid locking in inappropriate land use or closing off adaptation pathways before the new resource management system takes full effect".

From November 30, councils will be required to "have regard to" this plan when making or changing regional policy statements or regional or district plans.

This means councils will have to screen for hazards and risks in coastal areas, use the most recent downscaled climate projections for and factor in high-risk scenarios.

The plan also notes three waters reforms will be key to addressing inequities around water.

From a planning perspective the Government intends to better account for climate impacts through Resource Management Act reforms and processes to ensure development is climate resilient.

More frequent and intense rainfall could reduce the availability of safe drinking water if treatment systems get overwhelmed.

Projections also show there will be fewer frost and snow days, which will all also affect the biodiversity of ecosystems, the energy sector - hydro dams - and irrigation.

Changes in temperature and seasonality will affect agriculture and horticulture – for example, where certain crops, such as kiwifruit, can be grown.

It will also change the timing of key events in the natural environment, from when plants flower to when animals migrate and increase pest animal and plant species, on land and in the water.

Higher temperatures and wind speeds, and lower rainfall and relative humidity are likely to raise the risk of wildfire.

There will be disproportionate impacts on Māori, with many communities located in rural and remote locations, many coastal, that are particularly vulnerable to the effects of climate change.

Mātauranga Māori knowledge at a hapū and iwi level will be "critical to informing local and central government climate adaptation responses", the plan said.

"The Government will work together with Māori to support Māori to explore adaptation
options for Māori, led by Māori."

The plan also has a strong focus on equity.

"No two communities will experience climate change in the same way," the plan said.

This included coastal communities, financial impacts or those with specific adaptation needs such as older people and disabled people.

"If communities need to shift, low-income groups have less choice about where to relocate and are less able to move elsewhere.

"Mobility-compromised and disabled people have specific needs that can be overlooked in the planning of new community locations and accessible housing.

"Those with poorer health outcomes, such as Māori and Pacific people, children and older people, may also physically suffer more from increased heat and disease."

The Government aims to improve its data collation and sharing of data to help communities better plan. By January 2023, national climate projection datasets for Aotearoa will be available.

This will also assist businesses, with less than 10 per cent of firms having assessed risks from a changing climate, and less than 20 per cent intending to take action to reduce their risks over the next five years.

Land-based primary industries, fisheries and aquaculture and tourism are the most exposed industries as they depend on climate-sensitive natural resources. They comprise over 60 per cent of exports.

The adaptation plan comes after the Emissions Reduction Plan was released in May, which guides policy in reducing greenhouse gas emissions to net zero by 2050 and in line with limiting global warming to 1.5 degrees.