National Leader Christopher Luxon has admitted he took an overseas holiday during Parliament's three-week winter recess - while posts on his Facebook page made it look as though he was visiting regional New Zealand.

The posts, on his official social media accounts, suggested Luxon was spending the recess connecting with parts of heartland New Zealand.

On June 21, a post on Luxon's Facebook page showed him saying "provincial towns like Te Puke" were "the backbone of New Zealand" and discussing issues like skill shortages that were taking the region and the country backwards.

While the text of the post did not say Luxon was in Te Puke on that particular day, the video attached to the text said that Luxon was.

Instead, Luxon left that day for an overseas holiday with his family. He was actually in Te Puke a week earlier. 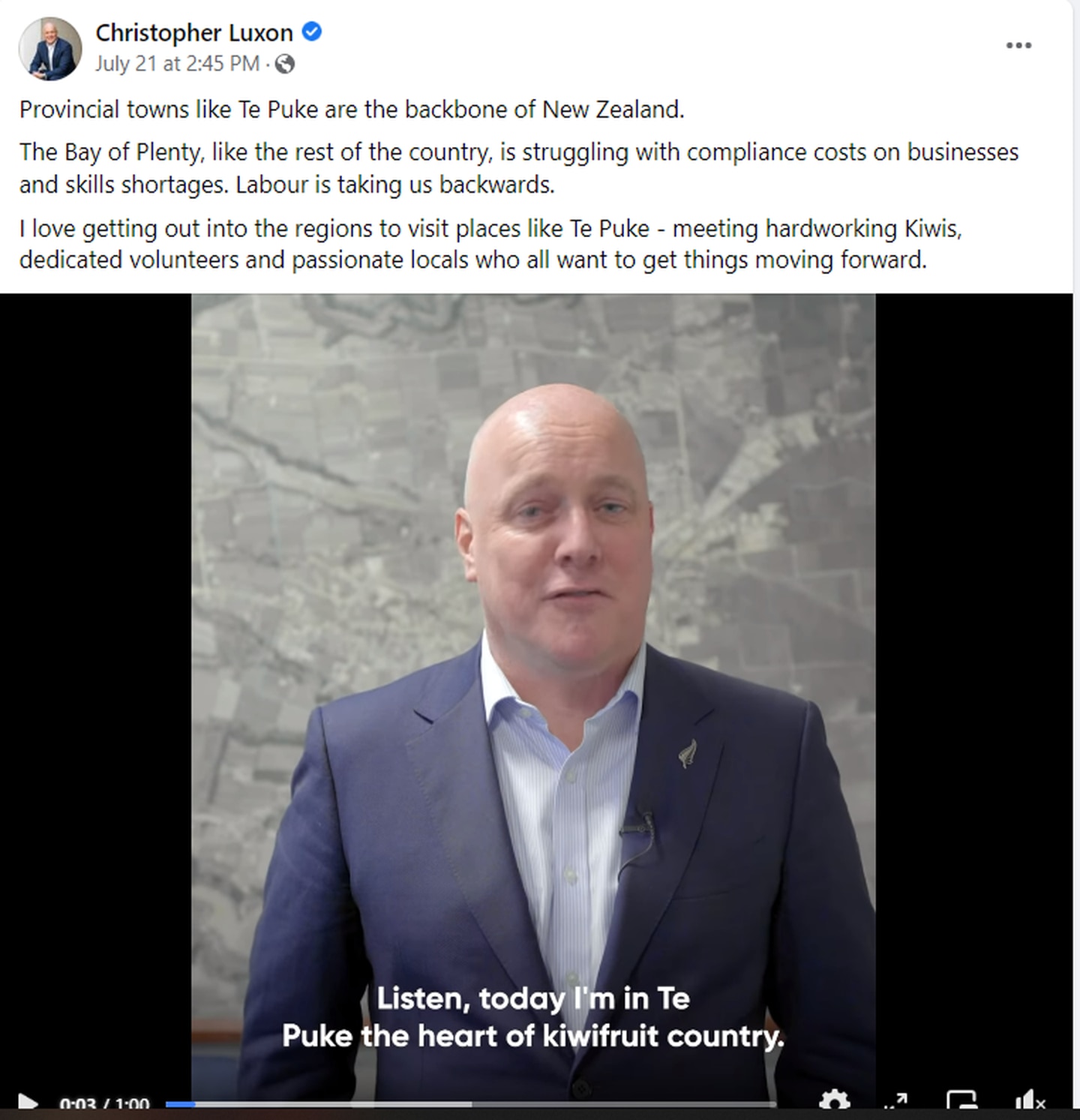 "I went to Hawaii with my family," Luxon said today.

He said he usually goes in July.

He did not think his social media was misleading.

Luxon spent the first week of the three-week recess in Singapore, Ireland and the UK on a work trip. The Leader of the Opposition often goes overseas on an official trip once a year to build relationships abroad and get foreign experience.

Prime Minister Jacinda Ardern was also abroad, first in Europe, then Australia and Fiji. All of these trips were work trips.