The race for Auckland Central next year will see incumbent Nikki Kaye challenged by Green MP Chlöe Swarbrick, a race that could tighten with strategic voting.

While Swarbrick is yet to be officially selected by the Greens and has been uncertain about standing for Parliament in 2020, she has now confirmed to the Herald that she wants to return and is expected to have the party's blessing for Auckland Central.

Asked about her chances of ousting Kaye, she said: "Anything is possible in politics."

Parties have made no decisions about electorate strategies, but that didn't stop Swarbrick from taking a subtle dig at Kaye and the "feeling of unhappiness around status quo politics". 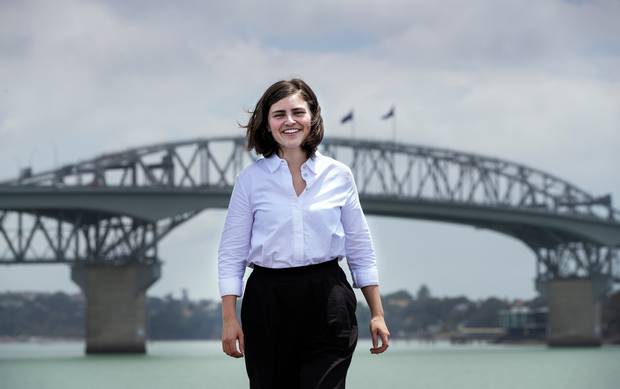 Green MP Chlöe Swarbrick has put her hand up for Auckland Central in 2020, and says of beating incumbent Nikki Kaye, "Anything is possible." Photo / Brett Phibbs

Kaye said she would fight for the seat and never took anything for granted.

"Auckland Central has always been a big battle, whether it's the races I've had against Judith Tizard, Jacinda Ardern and Helen White. I'm sure it will be a good fight."

Swarbrick and Kaye came to politics from different backgrounds; Kaye was head girl at her high school, while Swarbrick referred to herself self-deprecatingly as a "high-school drop out", having become disillusioned with high school at 17 and leaving to study philosophy and law at university.

Kaye has held the seat since 2008 and has twice beaten Ardern, but it remains a marginal seat - the margin in 2017 was 1581 - that could swing with strategic voting. 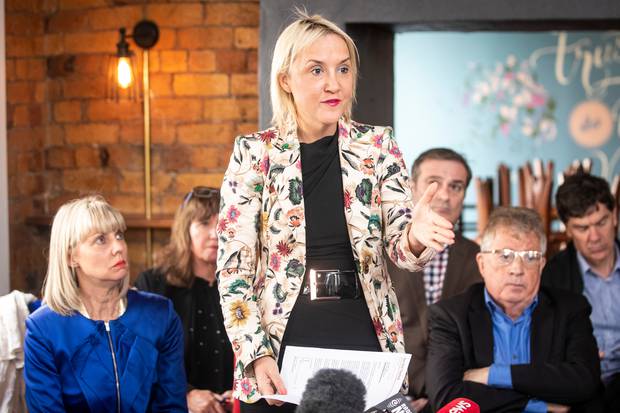 Political commentator and former National Party press secretary Ben Thomas said a Swarbrick victory was very unlikely, and Labour would almost have to pull out of the race for her to have a chance.

But he said Swarbrick was a strong candidate in a high-profile seat, and that would help garner party votes for the Greens.

Auckland Central attracted a certain type of candidate, he added.

"Urban, liberal, environmental credentials, hard-working, earnest but in touch with popular culture, and the arts - it would be harder to come up for a more perfect candidate for the Greens than Chlöe Swarbrick."

Labour's nomination for the seat is not yet open, but employment lawyer Helen White, who stood in 2017, wants to put her name forward again.

And she is not keen to accommodate Swarbrick.

"Chlöe is a very talented MP, but the city would be very well served by a Labour MP who could look after its interests as part of the Government," White said.

"I'd be really keen to win the seat." "We've had no conversations about any strategic voting arrangements."

Labour supporters could also give the candidate tick to Swarbrick without any direction from Labour head office.

Swarbrick stressed that any strategy was up to the party.

"I will be running a really strong campaign if I have the good fortune of being selected as the Green candidate.

"But in terms of really going for it in terms of two ticks (party and electorate vote), that has to be decided by the party."

Thomas said Swarbrick's rise in politics since her Auckland mayoral bid in 2016 had been "meteoric".

"She has worked really hard on mental health and drug law reform, some of the few areas outside of emissions trading where you can actually see the imprint of the Greens on this Government.

"And she's done that as a backbencher. If you chart her progress from her mayoral bid through to her current career, it's a meteoric rise."

Thomas was reluctant to offer an alternative, but Swarbrick suggested: "The race for evidence-based policy that will best represent the people of Auckland Central."

The Race for Auckland Central

Nikki Kaye has held the seat since 2008 when she defeated Labour incumbent Judith Tizard by 1497 votes.

Those margins narrowed when Jacinda Ardern tried unsuccessfully to win the seat back, shrinking Kaye's winning margins to 717 in 2011 and 600 in 2014.

After the Prime Minister won the Mt Albert byelection, Labour's candidate in 2017 was employment lawyer Helen White, when Kaye's majority ballooned to 1581.

The combined Labour (Helen White) and Greens (Denise Roche) candidate vote was 50 per cent, and party vote 52 per cent.