Her comments come as China yesterday fell short on a bold plan to have 10 Pacific nations endorse a sweeping new agreement covering everything from security to fisheries, with some in the region expressing deep concerns.

But there have been many small wins for China's Foreign Minister Wang Yi, as he continues an island-hopping tour of the region, including co-operation agreements with Sāmoa and Kiribati.

Yi's efforts, coming hot on the heels of the controversial Solomon Islands security pact, have seen criticism directed towards the New Zealand Government over an apparent lack of engagement and "relationship failure" in the region.

Ardern, speaking from Washington DC, said she rejected those assertions and didn't think China's actions were anything "new".

"What is happening right now is not new." 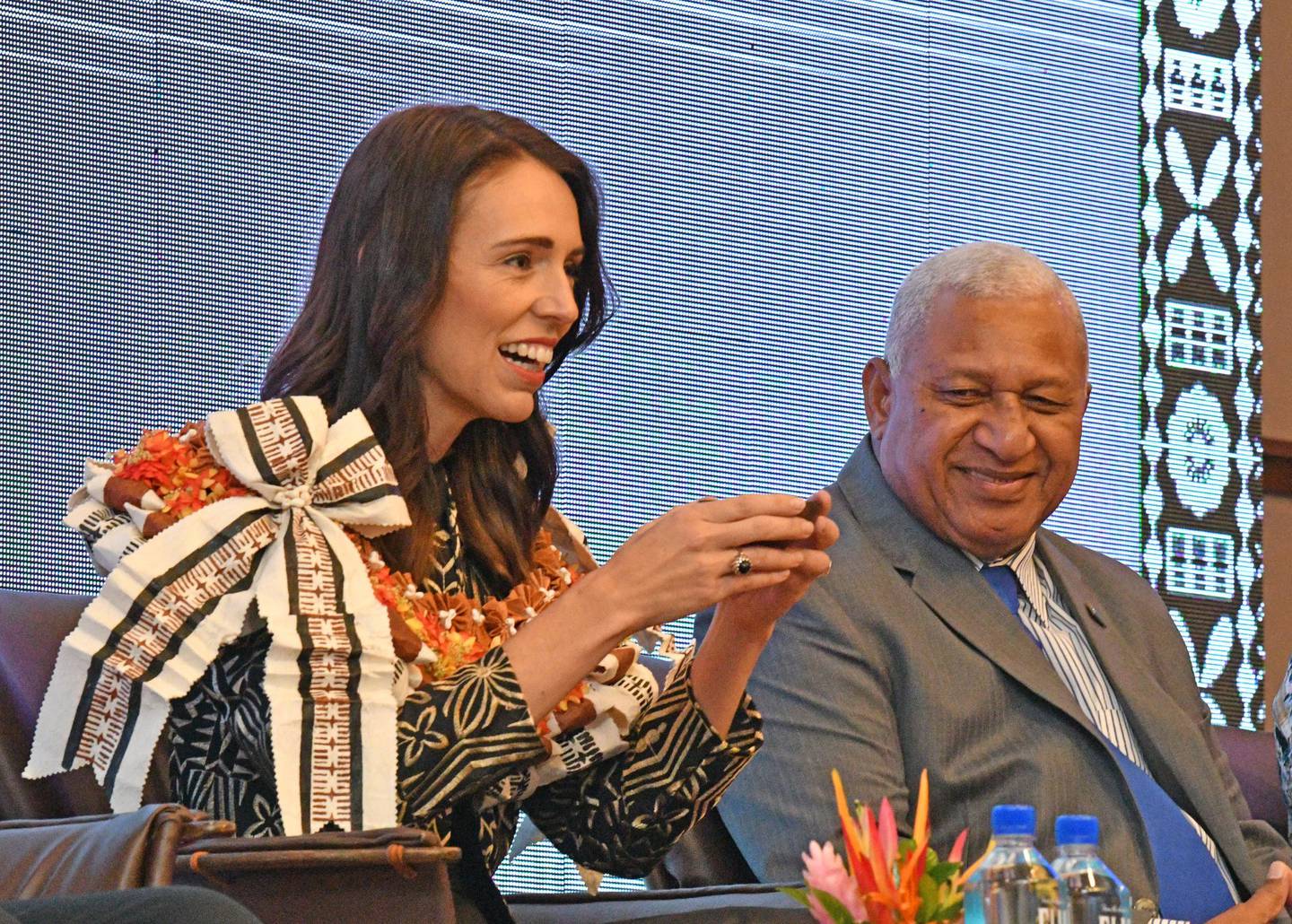 Prime Minister Jacinda Ardern with Fji Prime Minister Frank Bainimarama during her last visit there in February 2020, just prior to the Covid-19 pandemic. Photo / Supplied

Ardern said it was important nations built their own relations in the Pacific, but she didn't think it took away from New Zealand's role.

"We are of the Pacific, we're a Pacific nation. Our relationships are naturally therefore different from many other nations in our region.

"New Zealand's relationship with the Pacific is naturally different to that of China, it just is, you can see through the fact that we already have shared populations representation in our Parliaments, it is not the same."

Ardern said border issues were behind a relative lack of face-to-face meetings, a situation she felt had not diminished the relationship in any way.

Ardern said in her meeting with US President Joe Biden she would be encouraging the United States to grow their relations in the Pacific.

"That they continue to build those consistent relationships in our region. Because there's no doubt the pace of engagement has increased."

Meanwhile, Foreign Minister Nanaia Mahuta has defended her lack of comparative travel in the region. 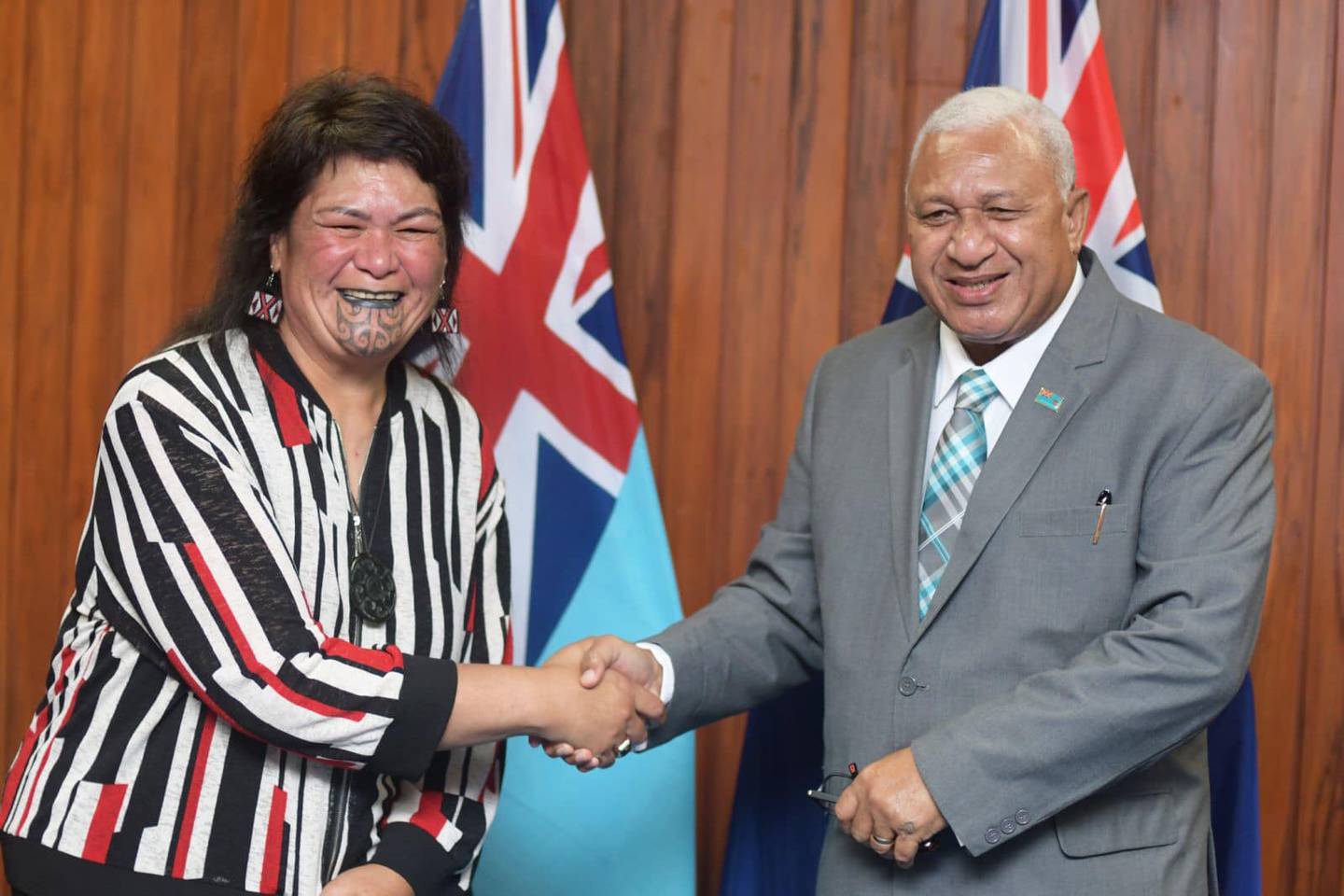 Both National and Act have called on Mahuta to increase engagement in the region, with even new Australian Foreign Minister Penny Wong flying to Fiji within days of her appointment.

Former diplomats have also criticised what they see as a declining focus on the Pacific.

"The need right now is for a visible lift to our attention and [relationships] right across the Pacific," Marion Crawshaw, a former New Zealand diplomat with extensive Pacific experience, tweeted.

Mahuta has visited Fiji and Tuvalu this year, but drew criticism over not engaging with her Solomon Islands counterpart Jeremiah Manele until a Zoom meeting last week, despite expressing concern at the security pact back in March.

Mahuta said China's sweeping tour of the region was partly due to having "the resources", but she rejected the notion their interest could be stronger. 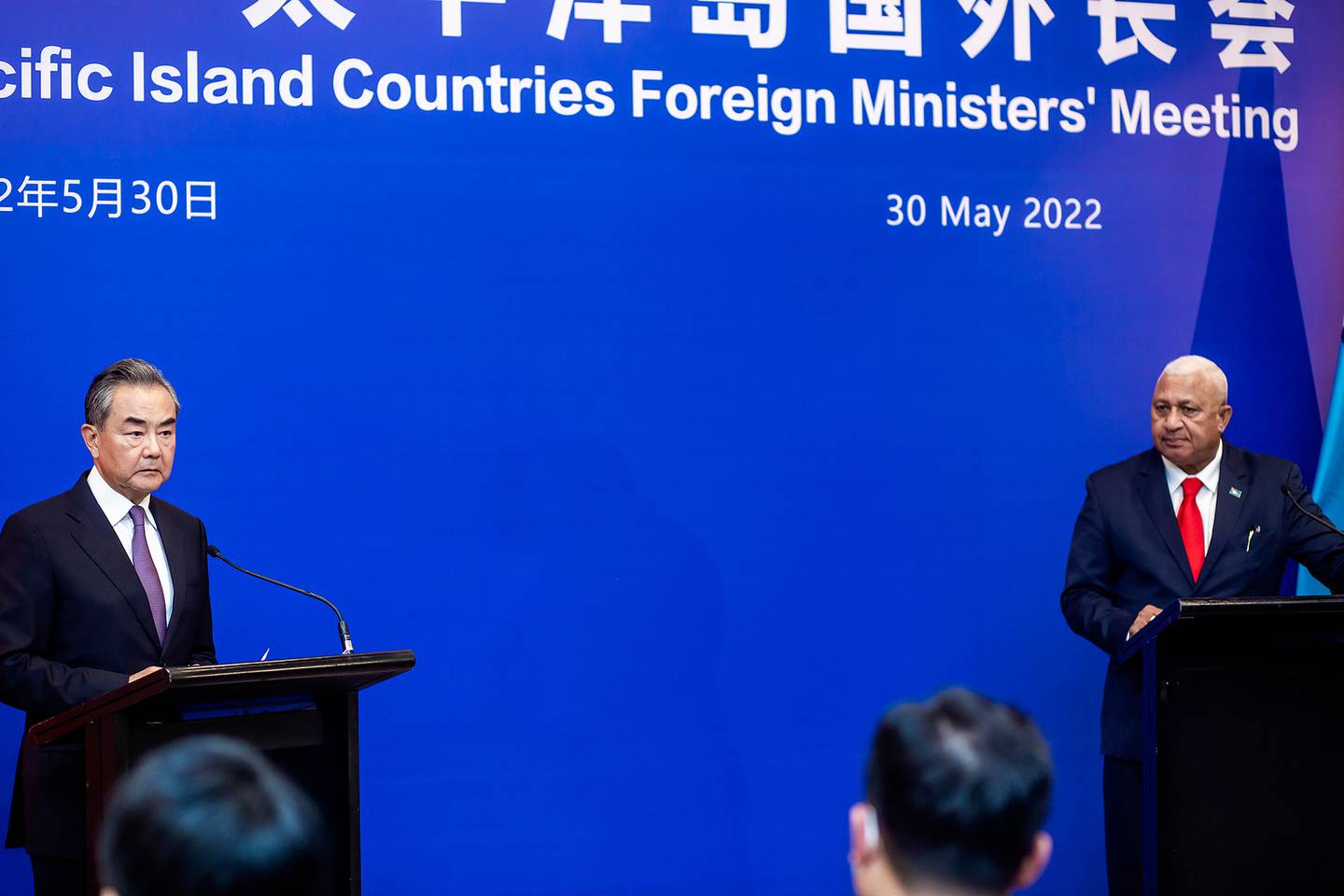 Mahuta said she would be meeting with all of her foreign minister counterparts at the Pacific Islands Forum in July, and was planning a separate meeting with Manele in the Solomon Islands as soon as their schedules allowed.

"As border settings allow, I'm going to absolutely try and get to many of the places across the Pacific.

"But I want to be really clear. Our relationship with our Pacific neighbours is in good shape."

While security has been the focus of many of the agreements proposed with China, they also include pledges to increase trade between the nations.

Mahuta said the Pacific Agreement on Closer Economic Relations (PACER) Plus was providing "real opportunity" to broaden trade ambitions in the region.

"We've also invited both the US and the UK to think about PACER-Plus being the economic architecture that they could support to help Pacific aspirations."

Mahuta said New Zealand was also providing manaaki scholarships, development aid a climate finance contribution that will see just over 50 per cent of the $1.3 billion allocated go to the Pacific area.

"That is absolutely the existential issue for the Pacific. So we're doing a lot with our Pacific partners."

On Pacific leaders so far rejecting the regional agreement with China, Mahuta said she believed it showed they felt such matters should be discussed at a regional level, including at the Pacific Islands Forum.

"They've certainly identified through their bilateral discussions with China the opportunity for bespoke opportunities, but at a regional level, that is a matter entirely, I believe, for the Pacific Islands Forum to discuss."