A decades-long battle for supremacy between two Government-owned weather forecasters turned ugly when one alleged the other might be threatening public safety with the use of its weather forecasts.

Since the 1990s, MetService and Niwa have been duking it out for a slice of New Zealand's lucrative weather forecasting business. The spat turned nasty in its most recent iteration with MetService alleging Niwa's forecasts may be injurious to public safety when used by the Department of Conservation (DoC).

The brawl has become something of a public service battle royale, with MetService narking on Niwa's forecasting ability to the Ministry of Transport and Treasury, after DoC decided to purchase Niwa forecasts for use in national parks.

In March, MetService called for a meeting with State-owned Enterprises Minister David Clark, alleging that "increasing competition" in the weather forecasting business might have an impact "on public safety outcomes" - according to a briefing on the meeting from Treasury, released to the Herald under the Official Information Act.

The DoC contract appears to have tipped MetService over the edge.

MetService briefed the Ministry of Transport that "Niwa relies on automated forecasts with no intervention from professional meteorologists" which, MetService believed was "inappropriate for a public safety service".

MetService was also concerned that it might have to share the limelight with Niwa during extreme weather events, where media attention would be split between the two organisations – it alleged this split attention could be a public safety hazard.

According to Treasury, MetService "has concerns that competition with Niwa for media presence during severe weather events may increase risks to public safety through conflicting narratives".

A spokesperson for Niwa disputed MetService's characterisation of its forecasts, saying that "Niwa's weather and hydrological forecasting and climate modelling is built on decades of internationally recognised scientific endeavour and excellence, working in partnership with the UK Met Office and other global members of the Unified Model Partnership – one of the world's leading weather modelling and forecasting consortiums".

MetService has alleged use of Niwa by DoC could be dangerous. Photo / Paul Taylor Hawke's Bay Today

The spokesperson said that a recent client tender process "resulted in Niwa being the best option when seeking high-resolution forecasts and associated science-based advice".

According to Treasury MetService said its contract with the Ministry of Transport as the Crown's "authorised provider of severe weather warnings" means that it should be the "'single authoritative voice' for public information about severe weather in New Zealand".

But competition with Niwa has meant MetService has had to explore "ways to strengthen its brand and protect its role as the 'single authoritative voice' in New Zealand".

A history of competition

They were created in 1992 to separate the operational and research parts of weather intelligence, which up to that point had been done by the Ministry of Transport.

Metservice was set up as an SOE, running on a commercial basis by selling weather forecasts and information at a profit.

The rationale was to reduce the cost to taxpayers of producing weather forecasts and to generate some income for the Crown at the same time.

But MetService's responsibilities run deeper than just furnishing content for media. In fact, MetService helps the Minister of Transport meet obligations under the Meteorological Services Act 1990 to offer weather warnings.

MetService also helps the Government meet its obligations to the United Nations to provide severe weather forecasts and warnings and support search and rescue in our region of the globe, as well as providing representation on the World Meteorological Organisation - the international organisation representing weather forecasters.

A spokesperson for MetService leaned on these qualities when asked to explain why its forecasting was superior.

"The World Meteorological Organisation expects that to avoid confusion, each of the 193 member countries and territories will be very clear on which of its meteorological agencies is the 'single authoritative voice' for a severe weather warning service.

"For New Zealand, MetService is that agency and is contracted to deliver this service on behalf of the Minister of Transport," the spokesperson said.

"With a team of 60 certified meteorologists MetService is the only agency in New Zealand with the depth of expertise, to deliver this severe weather forecasting and warning service to global standards, 24/7," the spokesperson said.

Niwa was set up as a different beast. It was established as a Crown Research Institute. While it received some Crown funding, it still has a commercial side: CRIs are set up to try and find commercial sources of revenue to fund research.

The two entities have been locked in fierce competition for nearly three decades, which appear marred by disagreements and bad blood.

Treasury officials have said, with some exasperation, that there have been " a number of independent reviews" of the organisations. In 2001, ministers encouraged the two organisations to work more closely together, following a review.

But the two organisations appeared to reject that instruction, and another review was conducted just five years later after they fell short of the desired level of co-operation. That review recommended merging the two entities, but ministers rejected that advice and kept the pair on, subject to a National Benefit Objective, and a Memorandum of Understanding (MOU) being signed between them.

The MOU did not ease competition between the two entities - in fact, following the signing of the MOU, Niwa's strategy shifted further towards developing a commercial forecasting business.

MetService complained to Treasury that "it began encountering Niwa as an active competitor in the late 2000s".

In 2013 Niwa launched a weather division, and in 2015 it partnered with the UK MetOffice to develop weather and climate forecasting systems and it recently purchased a high-performance computer to improve weather forecasting.

Not to be outdone, MetService has begun getting in on Niwa's research game: it recently won a contract from the Endeavour Fund in its MetOcean subsidiary. 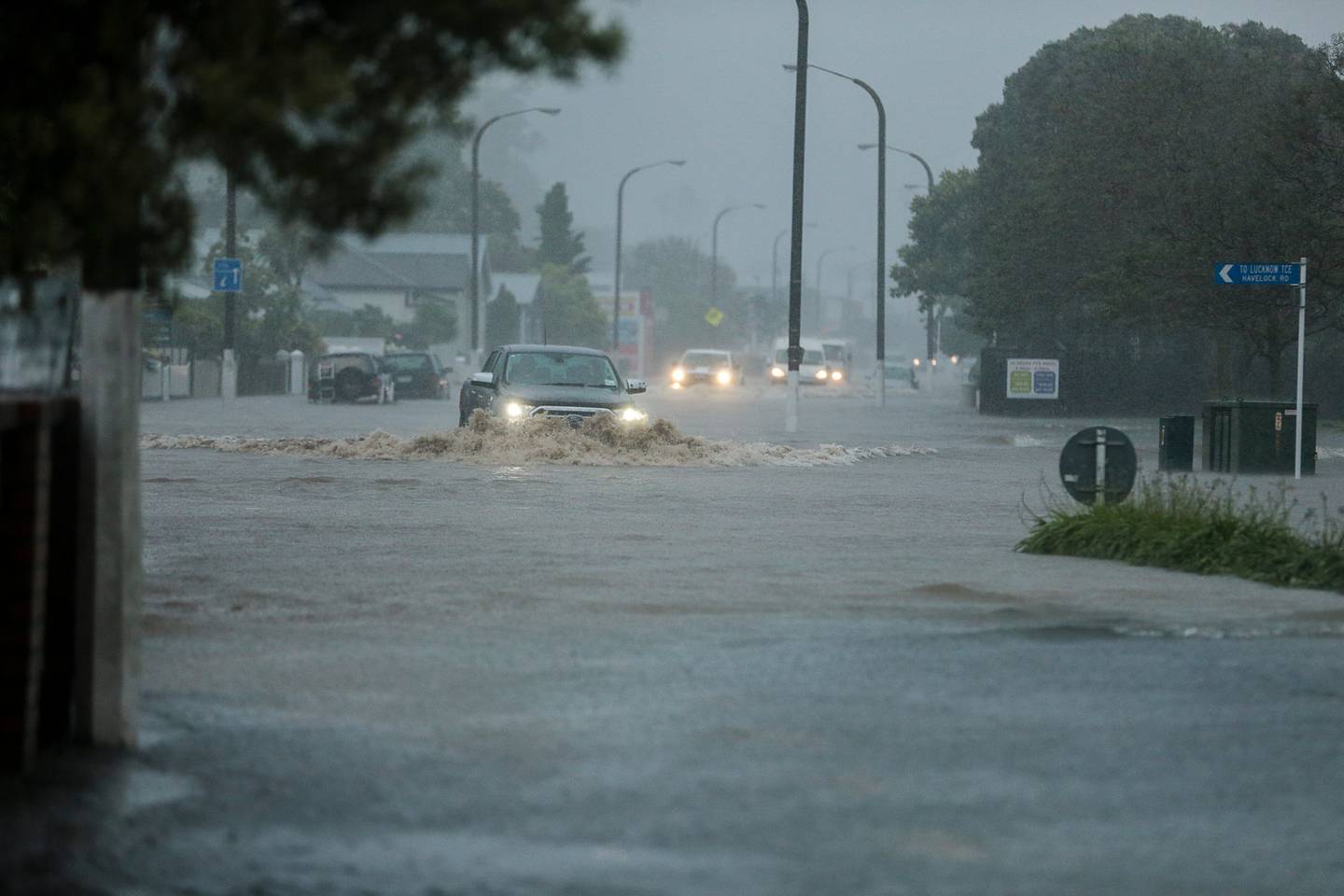 The current state of affairs has been reviewed twice in recent times. In 2018, MBIE and Treasury looked at whether New Zealanders could get open access to weather data for their own purposes. It found that despite having two publicly-owned weather forecasting entities, it was more difficult to get open access data here in many comparable countries - mainly because of the "commercial drivers of MetService and Niwa who collect the data".

In 2019, the Commerce Commission began looking at whether the two companies were fairly pricing weather data. Clark told the Herald this inquiry was now finished, with the commission deciding to take no action.

This means the unusual status quo - two Government-owned forecasters competing with each other to sell forecasts to other parts of the Government - will continue.

MetService stressed it has a good relationship with Niwa, and Niwa said it helps MetService make difficult decisions around severe weather warnings. However, it is clear from Treasury's analysis that there is some degree of concern about the level of competition between the two entities.

It is unclear whether or when the dispute between the two organisations will be resolved, but the continued animosity between the organisation portends storm clouds ahead.