Some of the country's top political leaders are being immortalised in a very Wellington manner - as latex puppets revealed in the pub right opposite Parliament.

It is a decades-old tradition at the Backbenchers Gastropub, where along with a new version of Prime Minister Jacinda Ardern, three new politicians are joining the infamous ranks: National Party leader Judith Collins, Act Party leader David Seymour and Green MP Chloe Swarbrick.

Ardern, whose puppet was revealed first, said she was often asked the most unusual things she had to do as Prime Minister.

"I sometimes have to stop and think... now it will be easy, unveiling a puppet is right up there. 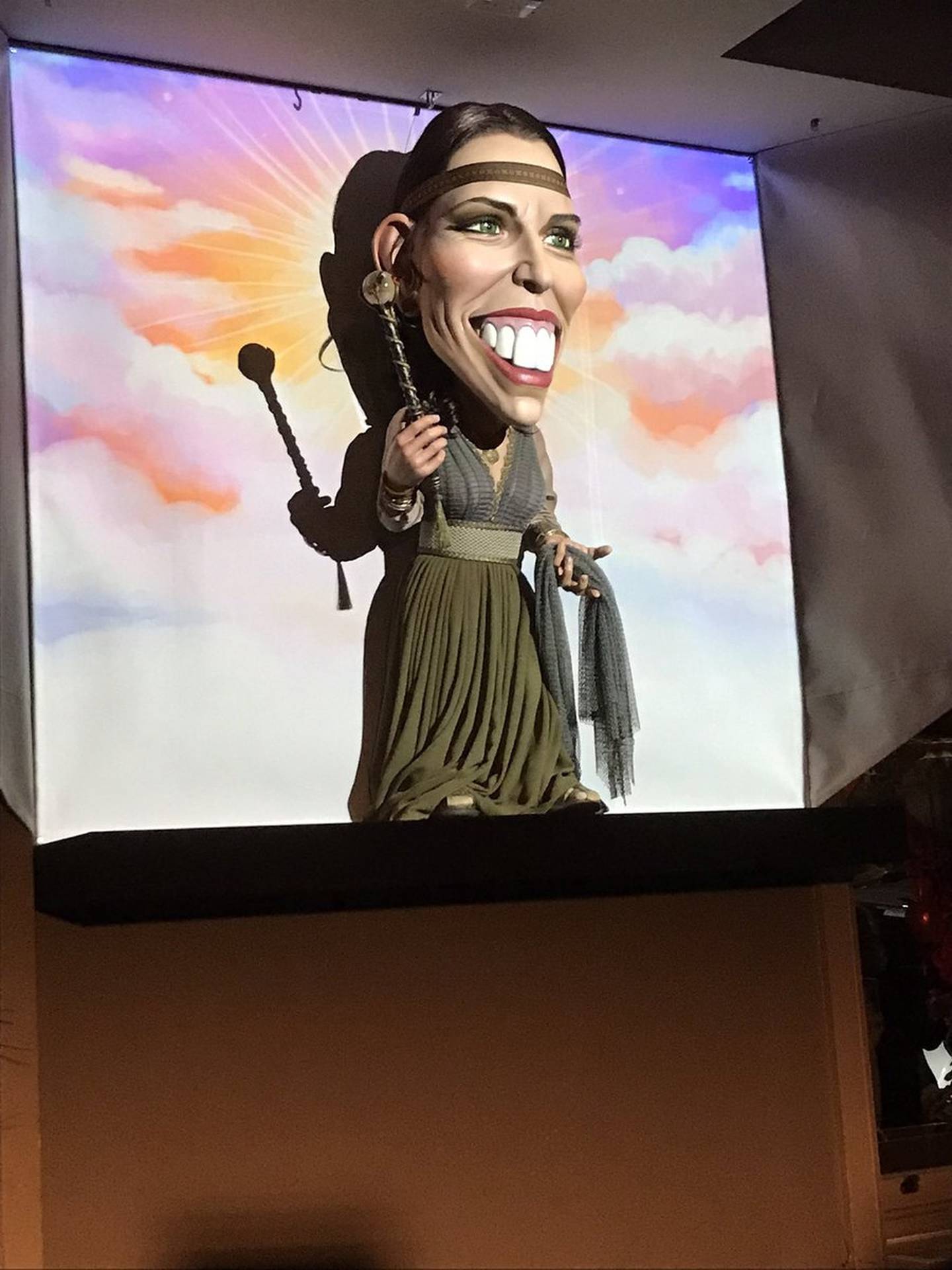 "It is a cross between a celestial being and Game of Thrones.

"It's not what people mean when they refer to the pearly white gates."

She said she hoped it was not true as based on the character she would "need to be dead" and if was based on the Game of Thrones she feared the "blood wedding".

Ardern was also given a sceptre of power and wisdom.

Next up it was National Party leader Judith Collins. 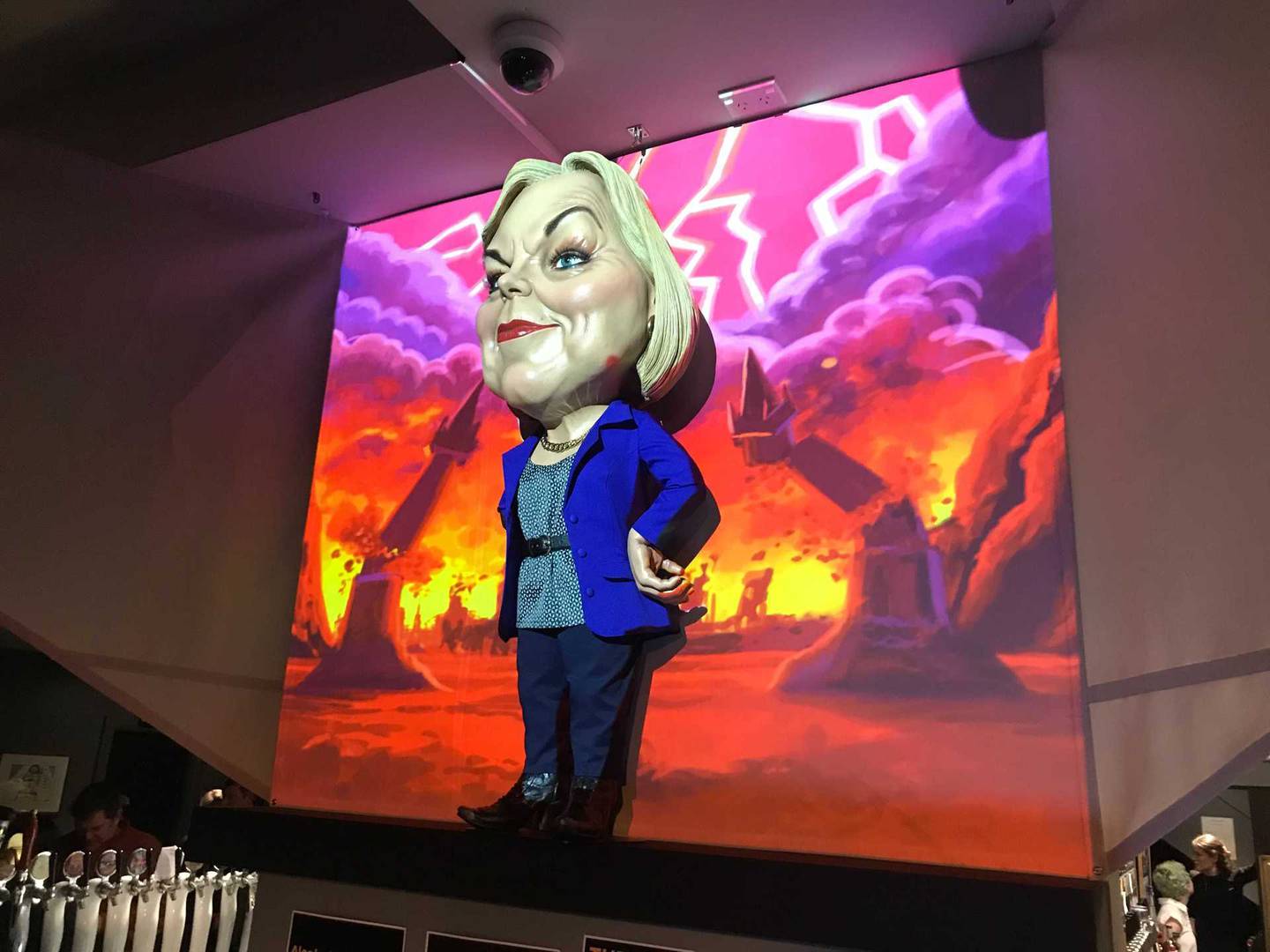 "It's not bad is it. It's really not bad," Collins remarked.

"These boots really were made for walking." 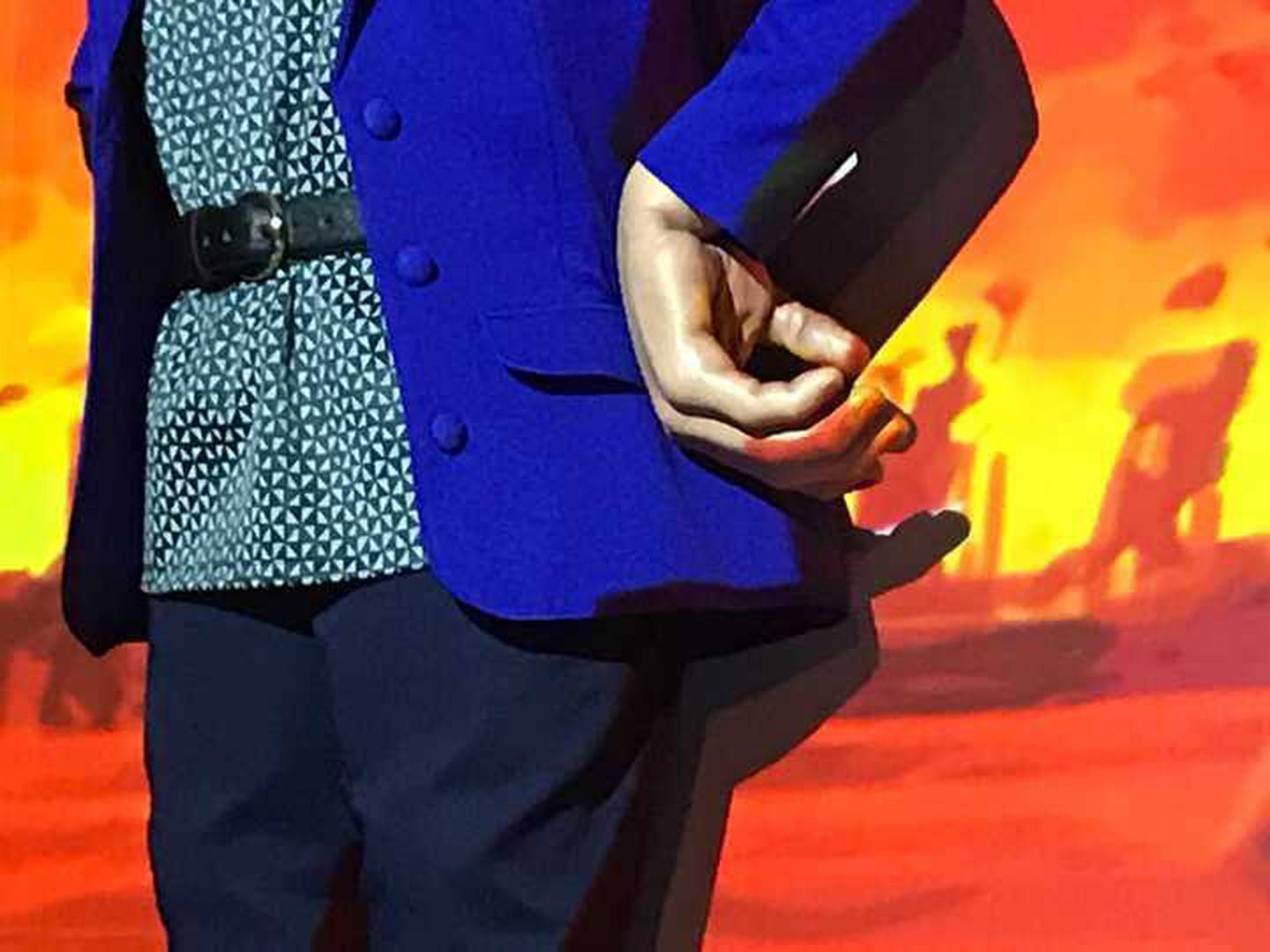 It appears there is blood on the hands of Judith Collins' newly unveiled puppet. Photo / Michael Neilson

Upon seeing his puppet, Act leader David Seymour called it "not entirely unflattering".

"I totally banked on twerking so this is a massive boost." 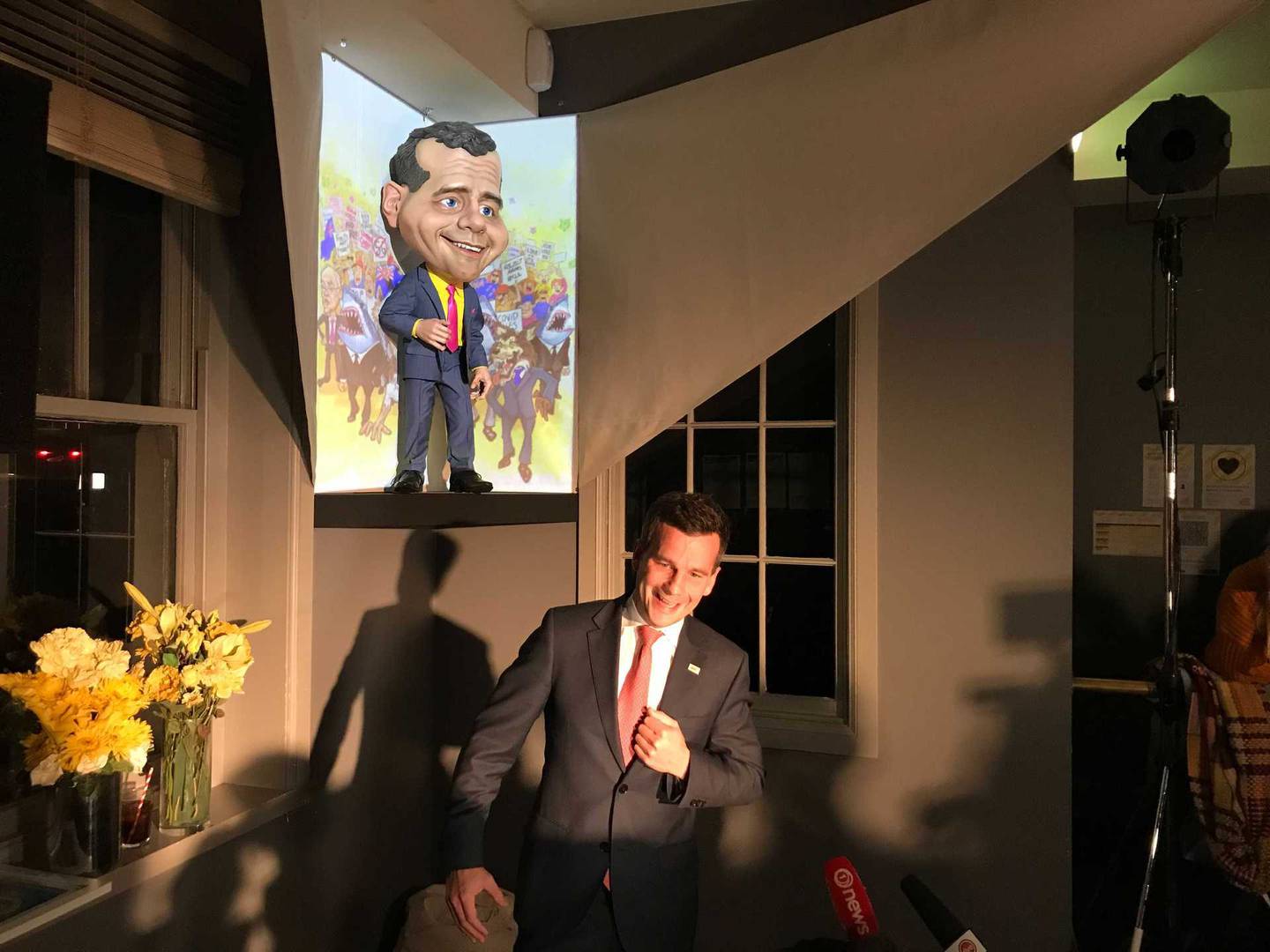 Green Party MP Chloe Swarbrick's puppet depicts her with a bow and arrow and several references to The Hunger Games.

"I've been told there is no leather, it is vegan-friendly."

Swarbrick said the puppets had been "incredibly kind" so far.

"The bow and arrow was quite different to the bong I was expecting." The charicature did include a small marijuana leaf badge, alluding to Swarbrick's drug law reform advocacy.

She also acknowledged the messy hair hair and "gay theme going on with the cargo pants", along with a weight on her shoulders. 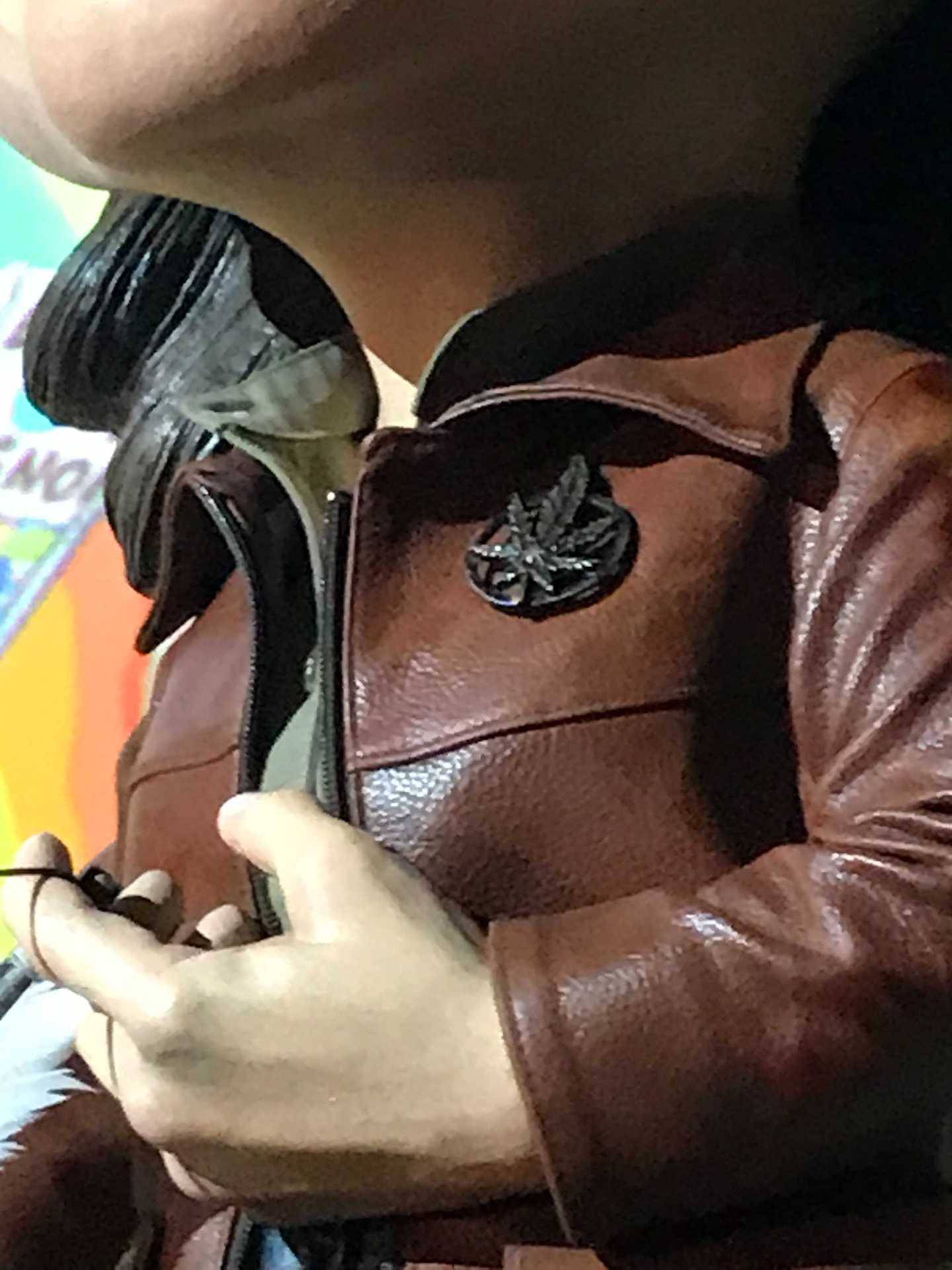 For Ardern it's her second time, after the first puppet in 2018 cemented her skills as a DJ.

The puppet, lit by disco lights and holding a set of headphones while spinning decks, was kitted out in a red tracksuit with a toothy grin. 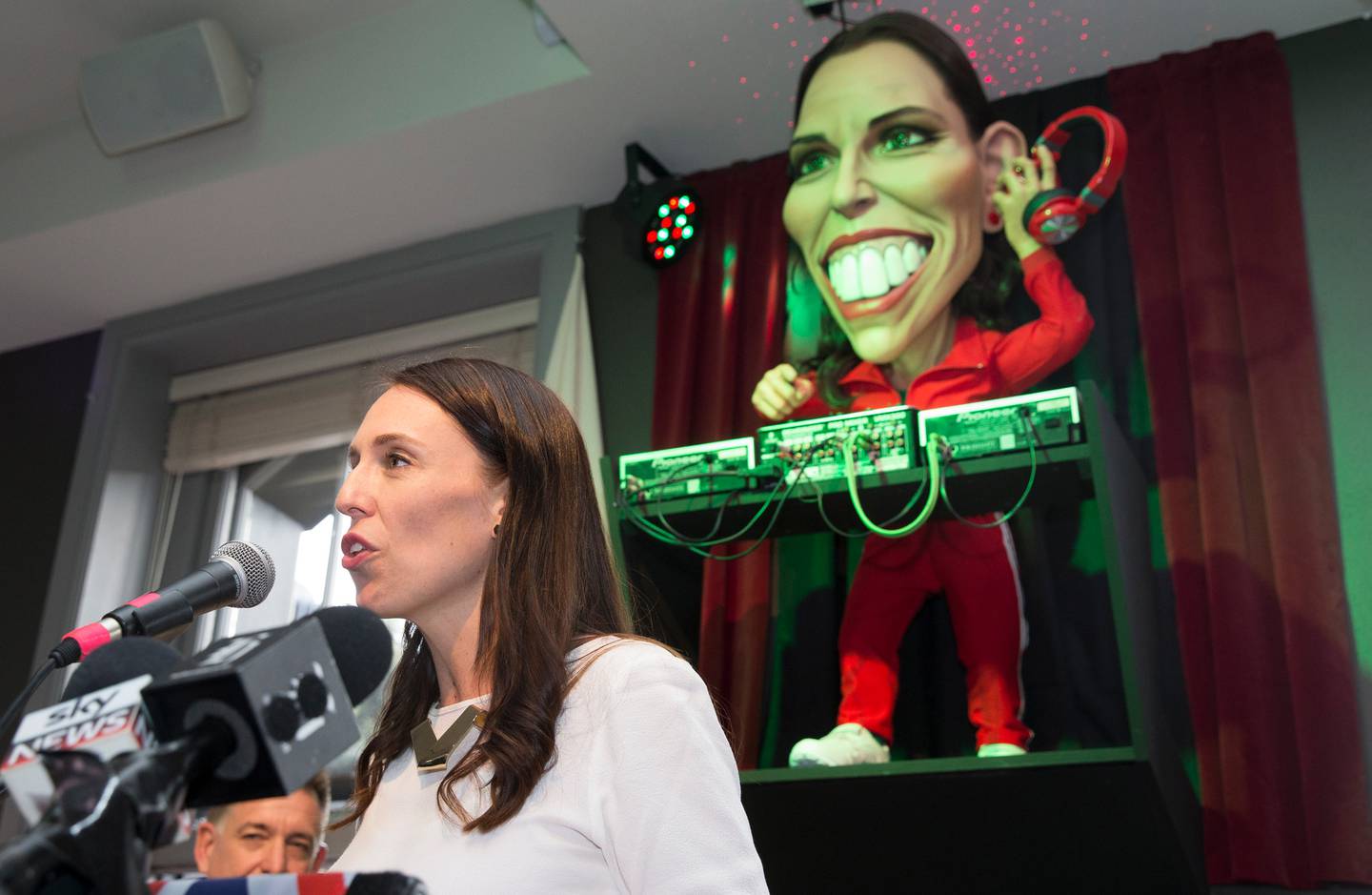 All four puppets were based on cartoons by Murray Webb and Jeff Bell, and created by Bryce Curtis.

"You can expect a bit of fireworks, unusual music and responses," Boyce said.

Boyce told 1News sometimes it could be difficult to pick which politicians make the final cut.

"The no brainer is the Prime Minister, The Leader of the Opposition, and then it gets difficult," Boyce said.

"We had to make some hard decisions as to who would be around and for how long and how big a contribution, they're likely to make over the decades to come, and that actually became quite easy, so it was Chlöe Swarbrick and David Seymour."