Australia's new foreign minister has told her New Zealand counterpart the country has a "unique and powerful voice" in the Pacific sphere.

Penny Wong and Nanaia Mahuta met at Parliament for the first time in their respective roles. The pair are due to front media today at 3.15pm.

Wong's visit comes amid a whirlwind start to the job, having now visited five countries across the Pacific in just over three weeks. She will travel to the Solomon Islands tomorrow.

It comes amid rising tensions in the Pacific that stem back to March when the Solomon Islands signed a security pact with China, sparking concerns it could lead to a military base in the Pacific.

Then China sought a wide-reaching agreement with 10 nations and its foreign minister Wang Yi embarked on a regional tour. 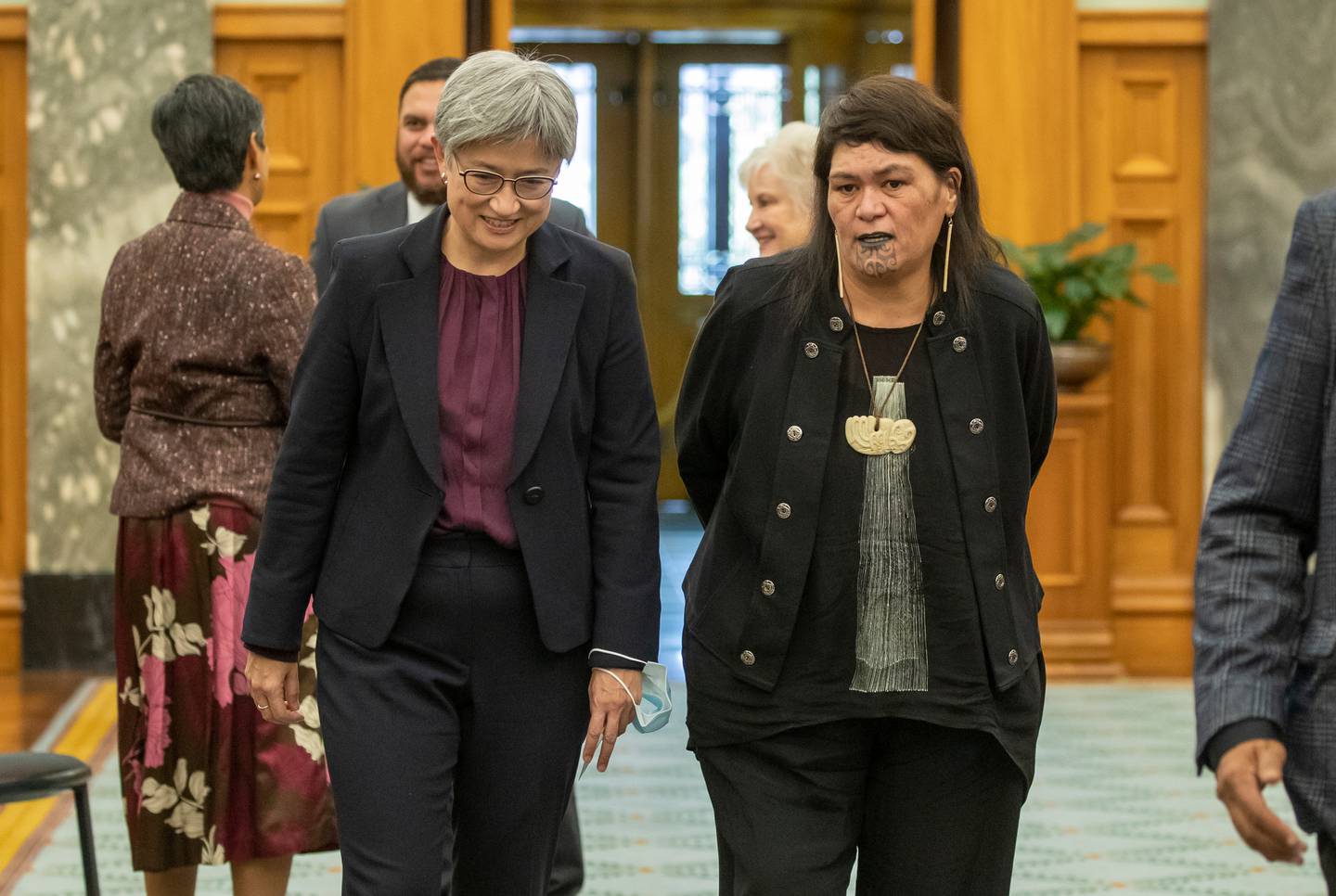 That agreement was ultimately rejected by Pacific nations, leaders saying any issue requiring the region's view should come through the Pacific Islands Forum.

Ahead of their first bilateral meeting, Wong spoke about the importance of the relationship with New Zealand and especially working together on climate change, in the Pacific and Indo Pacific, and in developing First Nations foreign policy.

Wong said her new government had made the Pacific a priority.

"Obviously, we have decided as a new government, it's very important to get to the Pacific pretty quickly.

"We do we share a view about the importance of the Pacific family and a region that is respectful of sovereignty.

"Where the Pacific family provides its own security, where peace and prosperity and predictability of rules can be observed.

"You have a unique and powerful voice, your country in the Pacific. And it's a very important one." Wong her government was also committed to progress work in indigenous spaces.

"The new government was elected with a commitment to progress the Uluru Statement from the Heart.

"That is a very important part of who we are as a nation, and we believe we can learn from the path that you collectively and that you personally have walked on this."

Mahuta said she wanted to acknowledge Australia's renewed commitment on climate change and in the Pacific.

"I'm very much looking forward to hearing about your trip, and your insights on relation to the opportunities that we have to work together alongside the Pacific in partnership with them to ensure that the restorations can be achieved."

On the broader Indo Pacific, Mahuta said there were the impacts of the war in Ukraine and "other elements that will test us".

Mahuta said ensuring there was an indigenous focus in Australia's foreign policy would add a "depth and a layer" to their relationship and with the wider Indo Pacific as well. 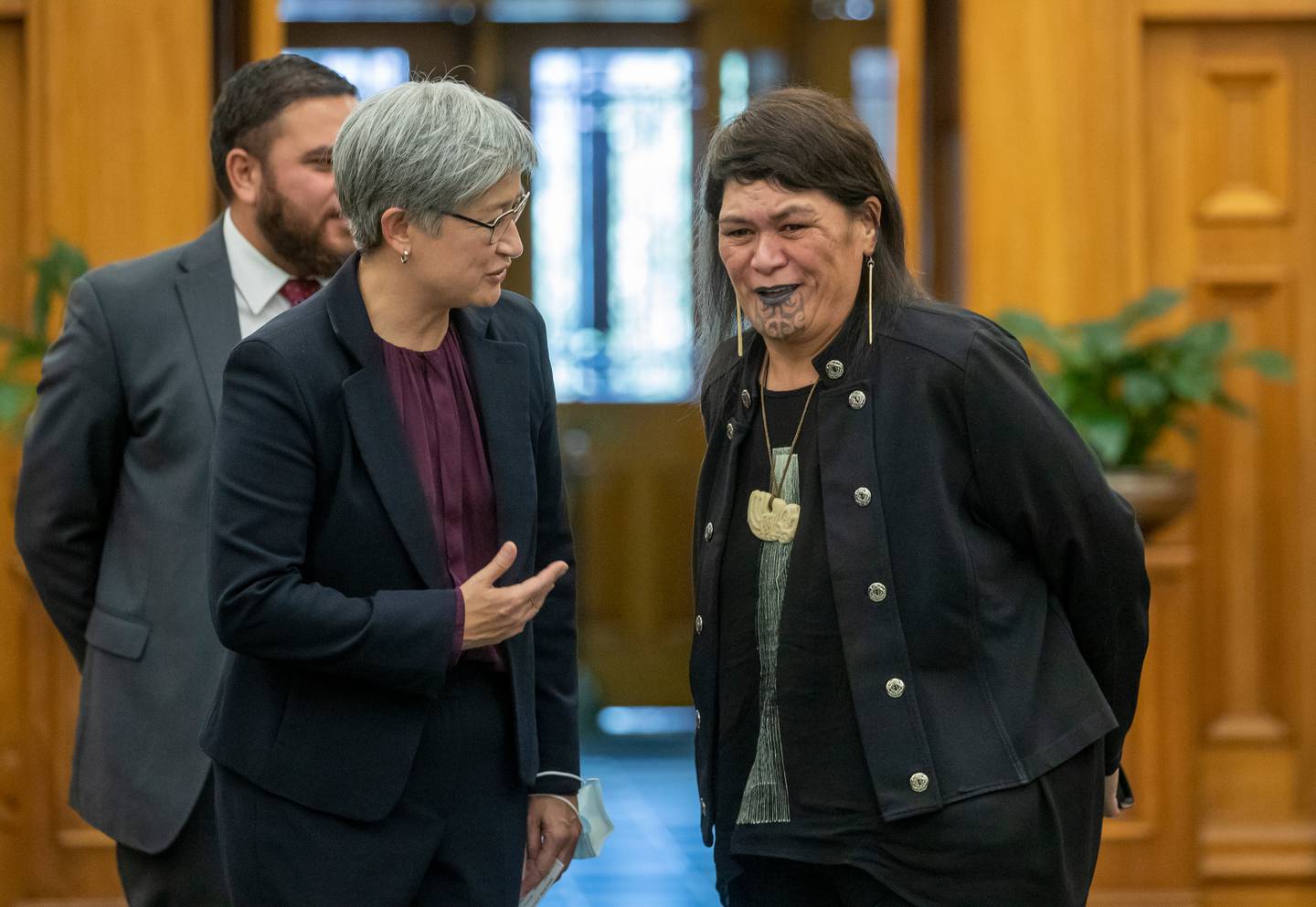 Wong and her delegation were earlier welcomed to Parliament with a pōwhiri led by mana whenua Te Āti Awa.

Mana whenua and Mahuta's side sang the waiata Purea Nei, before Wong and her Australia delegation responded with E Toru Ngā Mea.

Those talks focused on New Zealand's continued disapproval of Australia's 501 deportation policy, the citizenship rights of New Zealanders in Australia, and Pacific security.