Australia and New Zealand's Foreign Affairs Ministers Marise Payne and Nanaia Mahuta are this afternoon fronting a press conference where they are expected to be questioned on the Five Eyes intelligence alliance.

Mahuta said Payne's visit is a testament of the two country's success in handling Covid-19 and that Australia and New Zealand share a warm and close relationship.

Payne said it was "very special" to be in Wellington today and paid tribute to the drive and "focus" of both Kiwis and Australians. "It has been heartwarming to see some of the families being reunited after such a long time apart," Payne said.

Asked about the Five Eyes alliance, particularly in regards to China, Payne said Australia sees in Five Eyes a vital strategic alliance that is key to issues of intelligence. Countries will address concerns in whatever forum they choose, Payne said.

Mahuta said Five Eyes was about a security and intelligence arrangment. "We do value the Five Eyes relationship," Mahuta said.

On taking a stronger line on China, Payne said one thing she has learned in her role was "not to give advice to other countries" - this was in response to a question about Trade Minister Damien O'Connor suggesting Australia be more diplomatic when dealing with China.

She said China's outlook "has changed, in recent years" and that Australia has offered "clarity, consistency and confidence". Payne said Australia's posture has contributed to the security and prosperity of the region.

On the subject of Australia scrapping the Belt and Road agreement in Victoria, and whether NZ should follow suit, Payne said "that is a matter for New Zealand".

She said there would be further decisions, in due course, on the Belt and Road Initiative.

Mahuta clarified that New Zealand and China signed a "non-binding" Memorandum of Understanding when it comes to the Belt and Road programme. 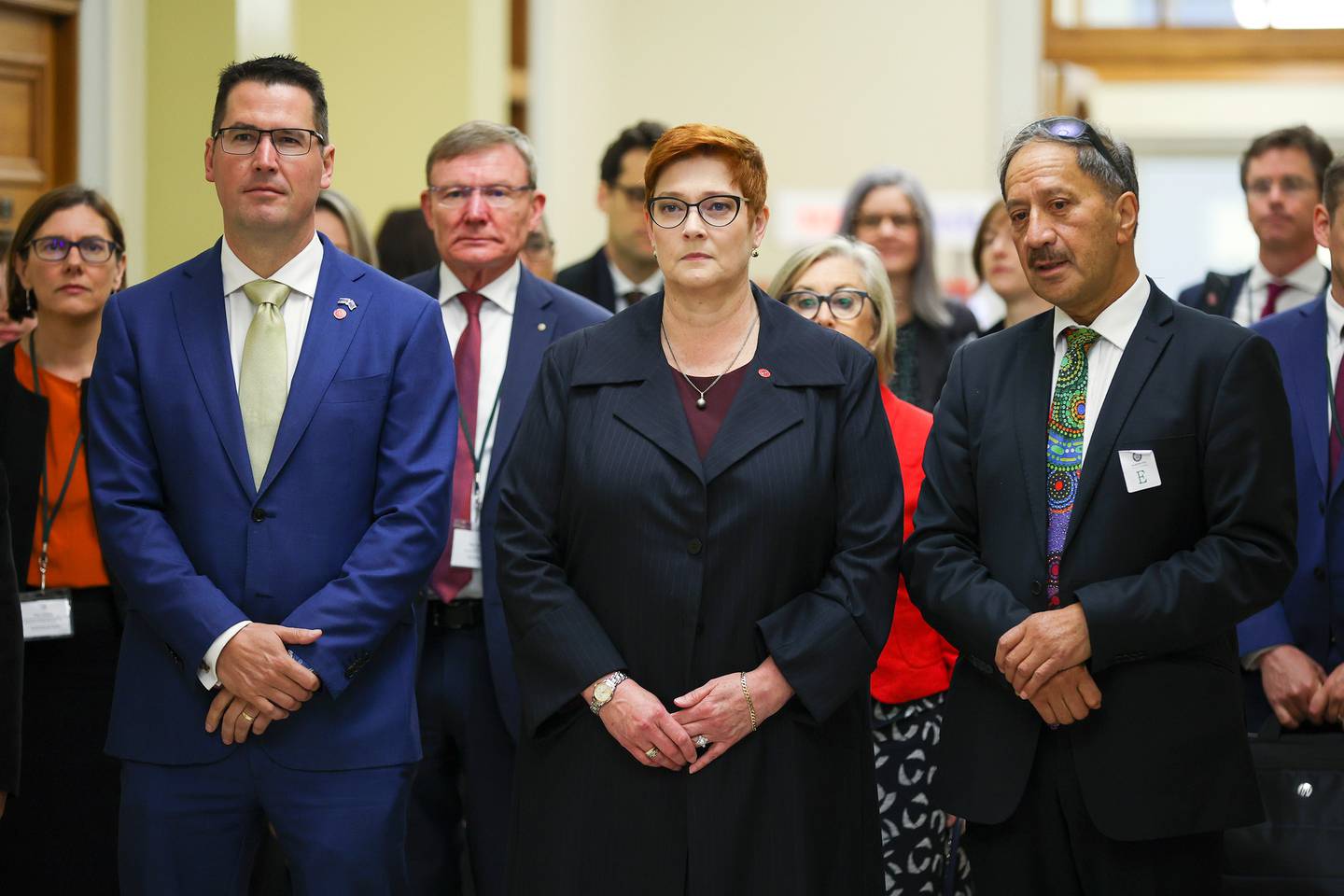 On the issue of Suhayra Aden, the former Australian-New Zealand dual citizen alleged by Turkish authorities to be an Islamic State terrorist, Payne said there was an ongoing constructive conversation on the issue.

Payne said there are a number of complexities that both countries are still working through and that Australia takes concerns raised by New Zealand very seriously, "particularly when it comes to children".

On the issue of 501 deportations, Mahuta said "we have moved on from those comments," referring to the comments made by Peter Dutton who called deportees "trash".

She said concerns were raised at the time and will continue to be raised.

And with respect to the missing Indonesian submarine, Payne said the news was "deeply concerning".

There are more than 50 people on the boat and the reports so far have been deeply depressing, she said.

"We will provide any assistance we can," Payne said, noting the crew are "very much in need of our thoughts and prayers".

Payne said recent bilateral talks between New Zealand and Australia are "some of the most important we have ever done" given the challenges that confront both countries.

"We are very close friends," but each country holds its own independent views, Payne said. Nevertheless, common values outnumber the areas where the two countries disagree, Payne said.

This morning's bilateral meeting, the first time Mahuta and Payne have ever met face-to-face, was likely tense at times given a number of significant issues likely on the agenda, including the Five Eyes alliance.

On Monday, in a speech, Mahuta spoke about New Zealand's relationship with China and detailed when, and how, Aotearoa will take issue with its largest trading partner.

Speaking to reporters after that speech, Mahuta said New Zealand was not comfortable using the Five Eyes alliance as the starting point for New Zealand's messages on China.

Mahuta was this morning flanked by New Zealand's SIS boss, Rebecca Kitteridge – she would have played a role in any Five Eyes-related conversations.

This morning's talks are also highly likely to include issues around Australia's 501 deportation programme, which has long been an area of contention between the two nations.

Prime Minister Jacinda Ardern has previously said this was an issue that she, and her officials and ministers, would consistently raise with representatives of the Australian Government.