A driver who allegedly got into an altercation with Auckland mayoral candidate Craig Lord on Saturday was involved in a serious car crash hours later.

The driver allegedly hit a power pole on Portage Rd in New Lynn, knocking out power to the area, before getting into an altercation with the mayoral candidate about 5pm.

At about 10pm, the driver was allegedly involved in a second crash on Portage Rd that hospitalised two women and their two daughters, aged 16 and 8.

The police said the same alleged offender was involved in both incidents.

A local resident told the Herald police were chasing a driver who crossed the centre line and hit an oncoming car on Portage Rd about 10pm. 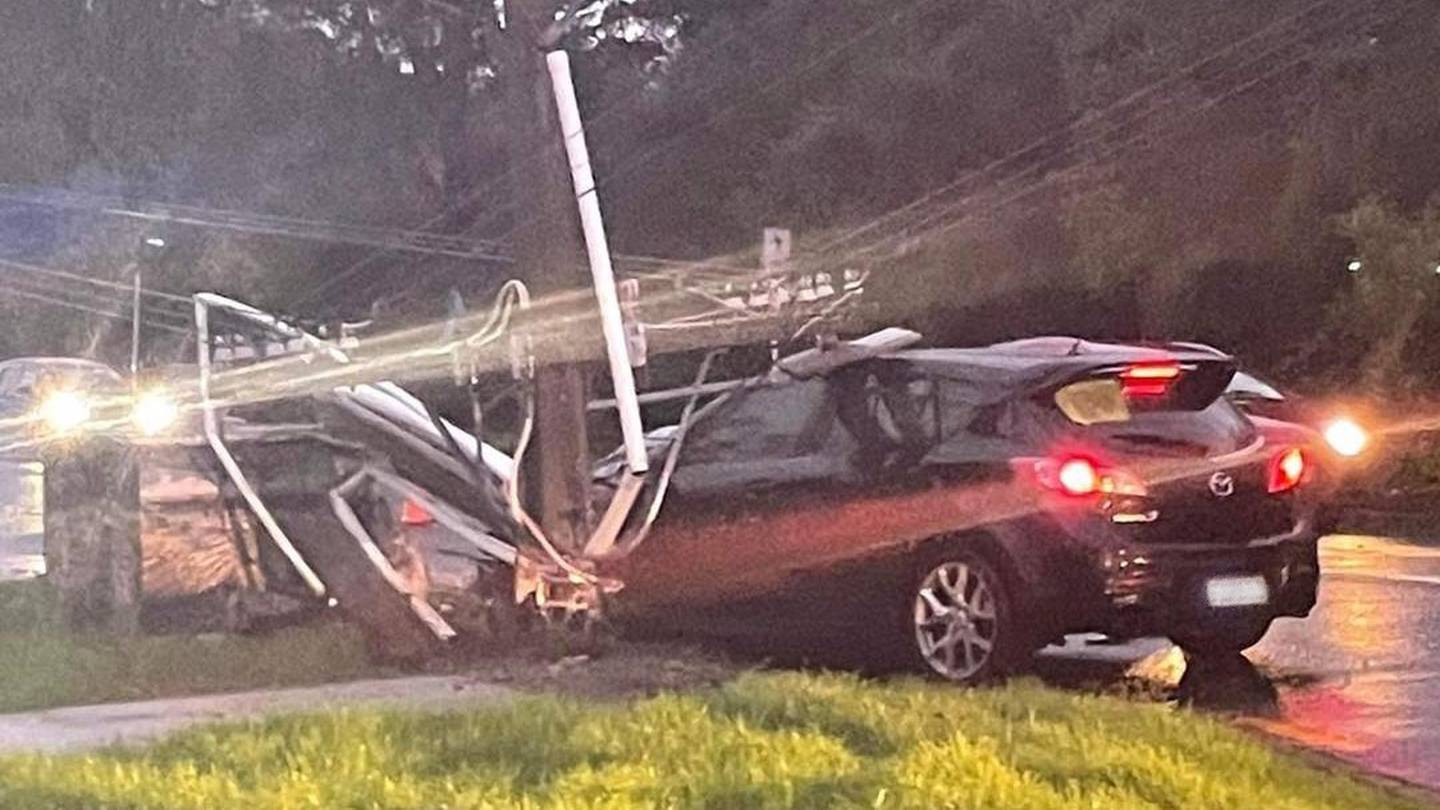 The crash brought down a power pole on Portage Rd in New Lynn. Photo / Facebook

"From what we heard, all four lost consciousness and belongings, including mobiles, were scattered at the scene," said the resident.

She had no recollection of the accident, saying she blacked out.

"I don't remember anything. I woke up in terrible pain. I couldn't open my eyes," she said.

The woman, who is in Auckland Hospital and did not want to be named, said she had surgery for a dislocated hip and needed more treatment. Her 16-year-old daughter had a dislocated shoulder and was discharged from hospital yesterday.

She said her friend was still in hospital with internal injuries and her 8-year-old daughter is in Starship but due to be discharged.

A police spokeswoman was not able to comment further about the two incidents because they are before the courts.

Lord told the Herald today he has not been interviewed by the police since the incident with the alleged driver and doubted anything would come of it.

He was not worried about getting charged, but if charges were laid he would defend them.

In a Facebook post on Saturday night, Lord said he had seen a car spinning its wheels in the rain before losing control, sideswiping his neighbour's car and driving off.

He had gone doorknocking to find the culprit when he encountered the alleged driver, who Lord said he believed was "drunk and/or heavy on drugs".

The freelance media operator posted a photo of his bloodied face - said he had a new "battle scar" along with bruised ribs and scratches. He was "proud as hell" of his son who had bruises and tender ribs. Lord today said the man took a swipe at him and he gave him "two good hits" before throwing him to the ground. Lord, his son and two neighbours held the man down until the police arrived.

Lord and his son went to hospital with minor injuries and arrived home at 2.30am on Sunday.

Today, Lord said he was a little sore, the black eye and the boxer bro have appeared and he was breathing a bit better from sore ribs.

He is resting up, but plans to attend a mayoral candidates' meeting on Wednesday.