The first New Zealanders trapped in Afghanistan since the Taliban dramatically took power have been whisked out of the country on a mercy dash.

A New Zealand family was evacuated by a "partner government" to an undisclosed European destination, Ministry of Foreign Affairs & Trade (MFAT) has told the Herald this afternoon.

It's understood that Kiwis registered on Safe Travel as being in Afghanistan were yesterday told to travel to Kabul airport, if they could do so safely, to await an outbound military flight.

They were told to brace themselves for "large and potentially volatile crowds" outside Kabul's Hamid Karzai International Airport.

After questions from the Herald today, MFAT confirmed a family was safely evacuated.

For privacy reasons, no further details can be provided.

"The situation in Afghanistan right now is highly uncertain, fragile, and changing rapidly," a spokeswoman for MFAT said.

American soldiers and other Nato allies are in control of security inside the airport.

But with the Taliban controlling checkpoints in and out of Kabul airport, access has been "extremely difficult", MFAT acknowledges.

"Our ability to assist individuals on the ground is very limited," the spokeswoman said.

"Maintaining operations at the airport is very challenging. We're grateful to the huge commitment of the United States to hold the airport open and to try and secure safe access for those who are eligible for evacuation.

"But we are also focused on the reality that the window to evacuate people out of Afghanistan is very limited, and we cannot guarantee we can assist all those we are seeking to evacuate.” 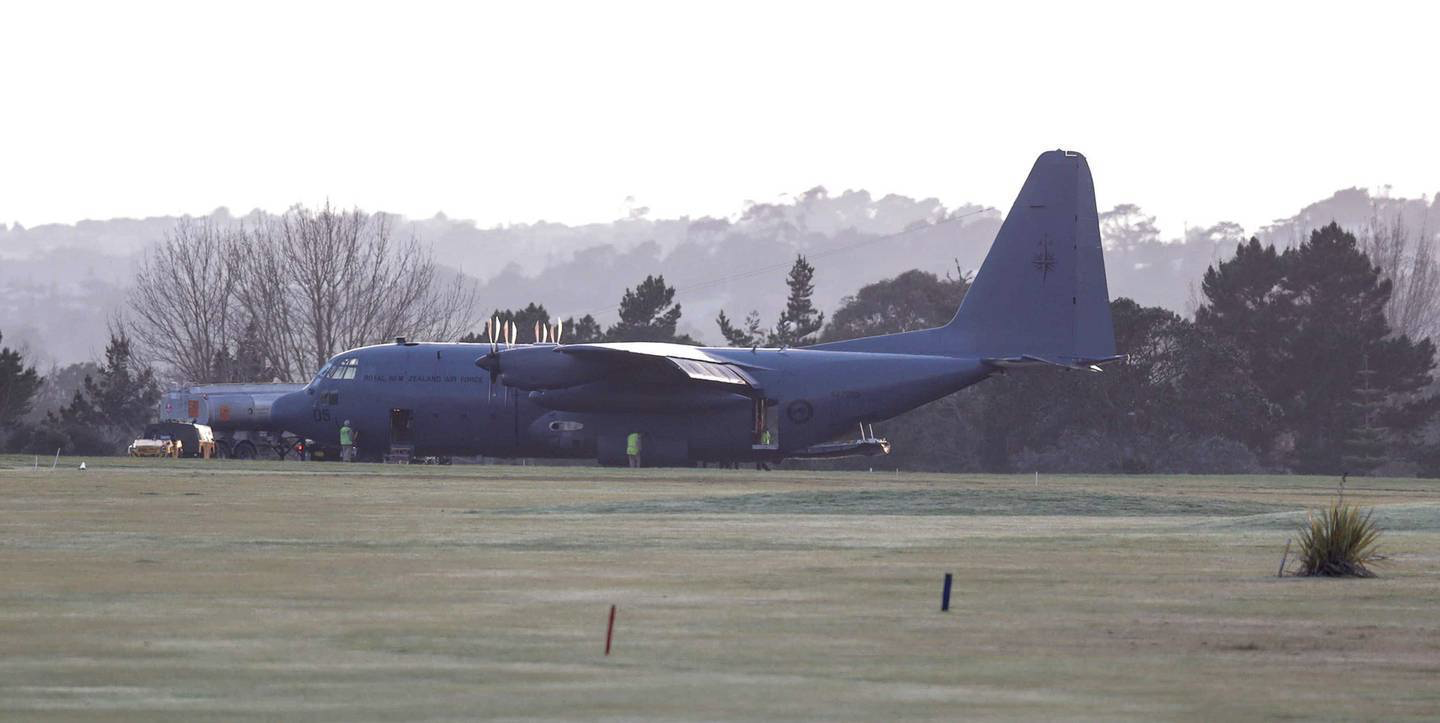 As disturbing images continue to come in from outside Kabul airport, where thousands of desperate Afghans have been trying to flocking to since the Taliban took control of the war-torn country on Sunday, the New Zealand Government made the urgent decision to send help.

Officials have been contacting individuals stuck in Afghanistan and making arrangements to try and get them out.

A Royal New Zealand Air Force (RNZAF) C-130 Hercules aircraft flew out of RNZAF Base Auckland yesterday morning on a mercy dash to Kabul to rescue New Zealanders, interpreters, and others who worked with Kiwi troops fighting the Taliban.

It's expected to take three days before the plane arrives at an undisclosed base in the Middle East.

Sometime next week it is expected to fly into Kabul on evacuation missions.

MFAT says it is aware of 161 New Zealanders and their families in Afghanistan who are eligible to enter New Zealand, "many of whom we are providing consular support".

Staff are also assisting a small number of people who the Government has determined as having worked alongside NZDF, including interpreters, and those who materially assisted in the Operation Burnham inquiry and on police and aid missions.