A desperate extended family of 16 were airlifted out of Kabul airport on Sunday, stepping over dead bodies and narrowly avoiding stampedes to reach US soldiers. Now, they will be reunited with a desperate husband, father, and son in Auckland who himself fled Afghanistan after his brothers, and father, were murdered by the Taliban. Herald senior journalist Kurt Bayer reports.

After days of hopeless waiting, knowing his wife and two children were amongst the thousands being pressed against the razor wire, surrounded by Taliban fighters who had already killed other in his family, he got the call.

"It was the best day of my life," says Abdul, who despite living in Auckland's Flat Bush, and working as a plasterer, doesn't want his surname published for fear of Taliban reprisals.

Abdul grew up a member of the Hazara minority from Parwan Province just outside Kabul and bordering Bamiyan Province where the New Zealand Provincial Reconstruction Team (NZ PRT) was based for years.

He was forced to flee Taliban militants in 2017 after two of his brothers were murdered. His father would later also be killed - and his family was "under surveillance", he believes. 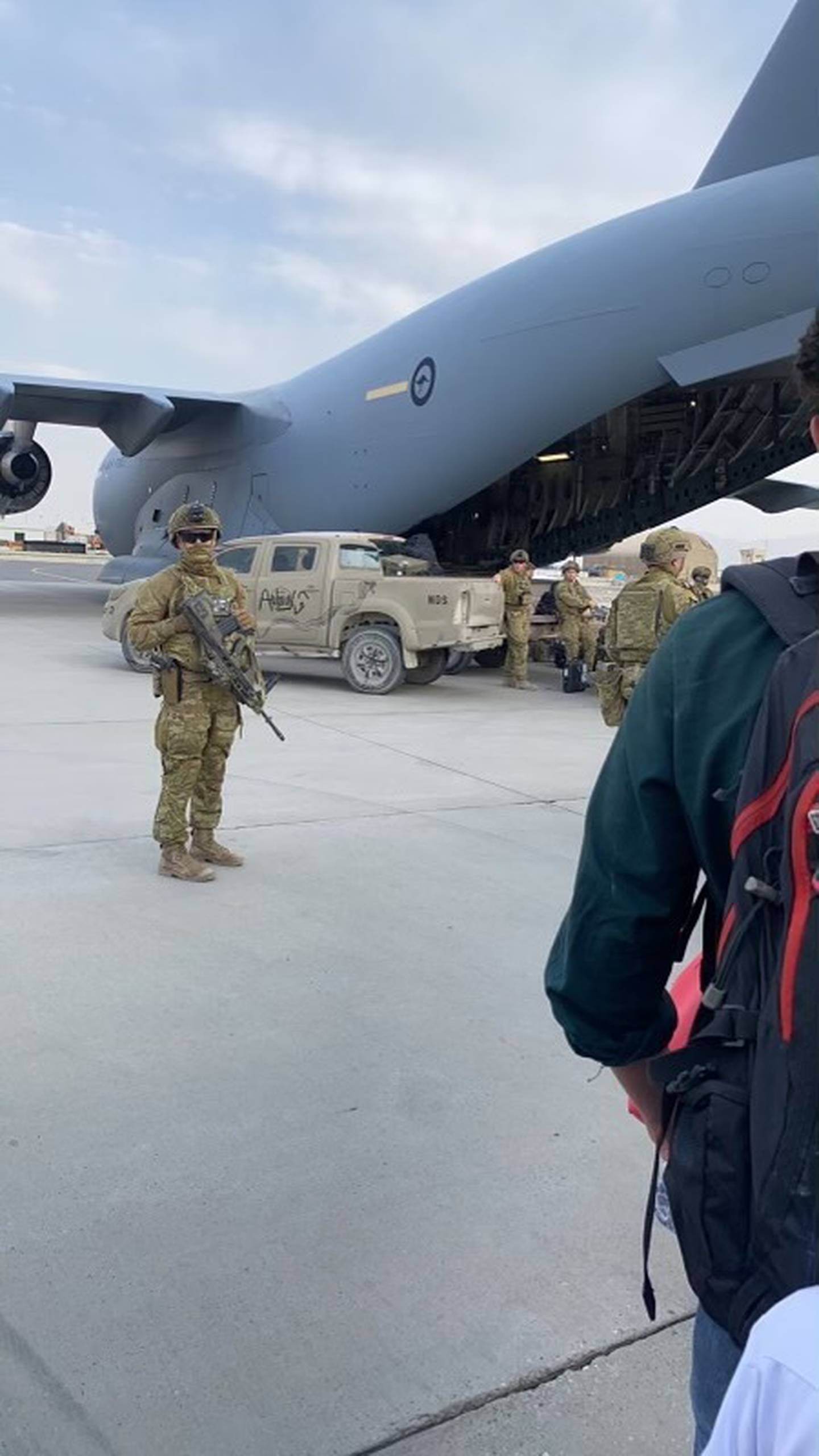 Abdul's family took this photograph as they were led onto the waiting evacuation plane at Kabul airport on Sunday. Photo / Supplied

Abdul sought asylum in New Zealand and was accepted as a refugee, settling in Auckland and starting a new life.

But being torn apart from his family, who had gone into hiding from the Taliban, was devastating for him.

For the last few years, he's been trying to get them family visas for his wife, children, mother and sisters to come and join him.

Finally, he got some good news, but visas only came through for his wife and two kids. 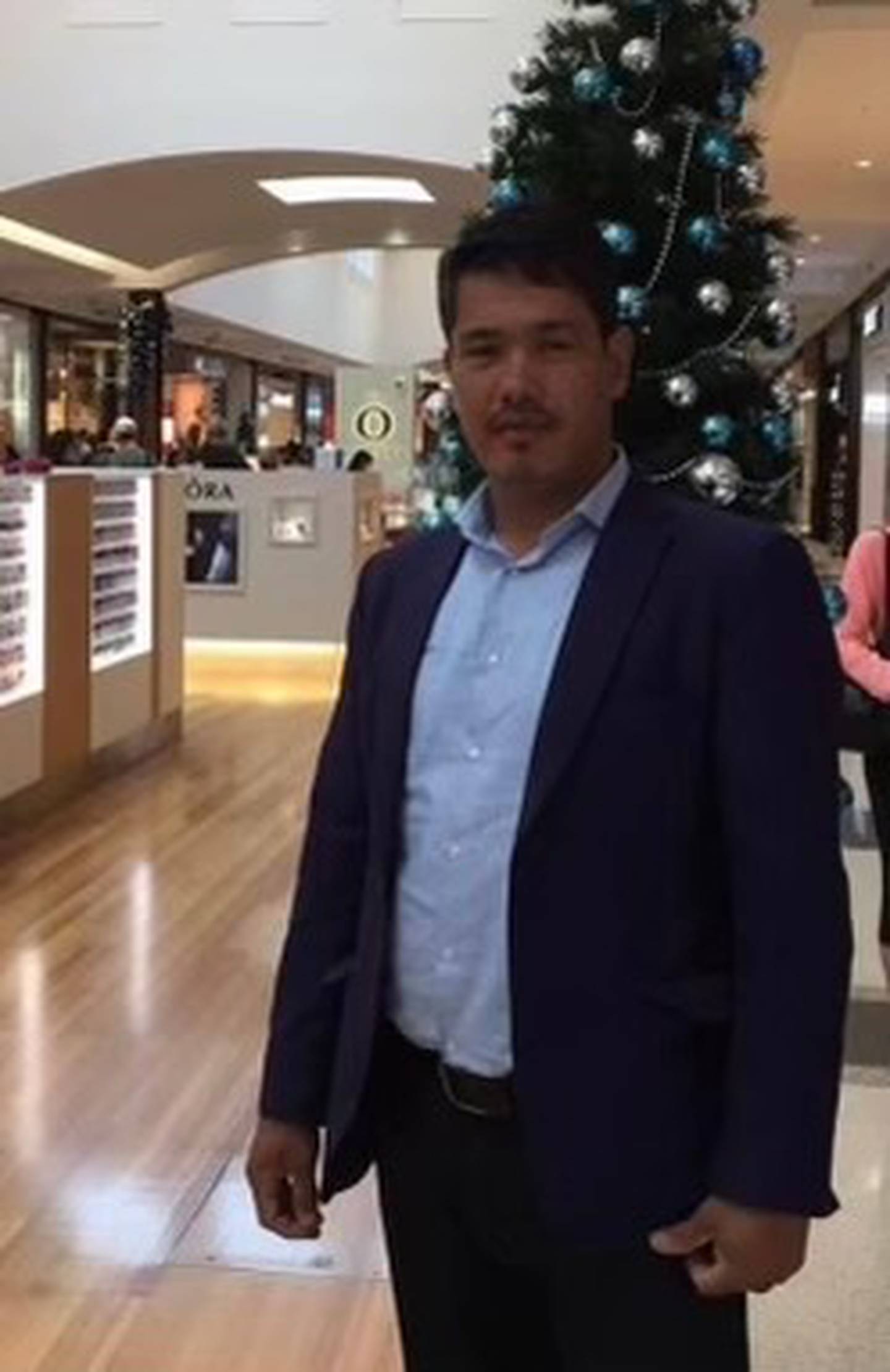 Abdul is over-joyed his family can join him in Auckland to rebuild their lives together. Photo / Supplied

They went through the MIQ emergency booking process and were scheduled to leave Afghanistan on August 18.

But within days, after the withdrawal of US, New Zealand and other foreign troops after two decades of war, the Taliban stormed to take control of the country.

With Taliban taking power, President Ashraf Ghani fleeing the country, and thousands of desperate people rushing to Kabul's Hamid Karzai International Airport, hopes of them getting on a plane diminished.

Abdul watched in helpless horror from his new home thousands of kilometres away.

"It was frightening. Once they took all of the districts, we knew that they would be killed," speaking to the Herald through a translator yesterday.

His family – including the ones without any visas - decided to chance their luck and go to the capital's airport anyway, desperate to try and get through Taliban checkpoints and stampeding crowds. 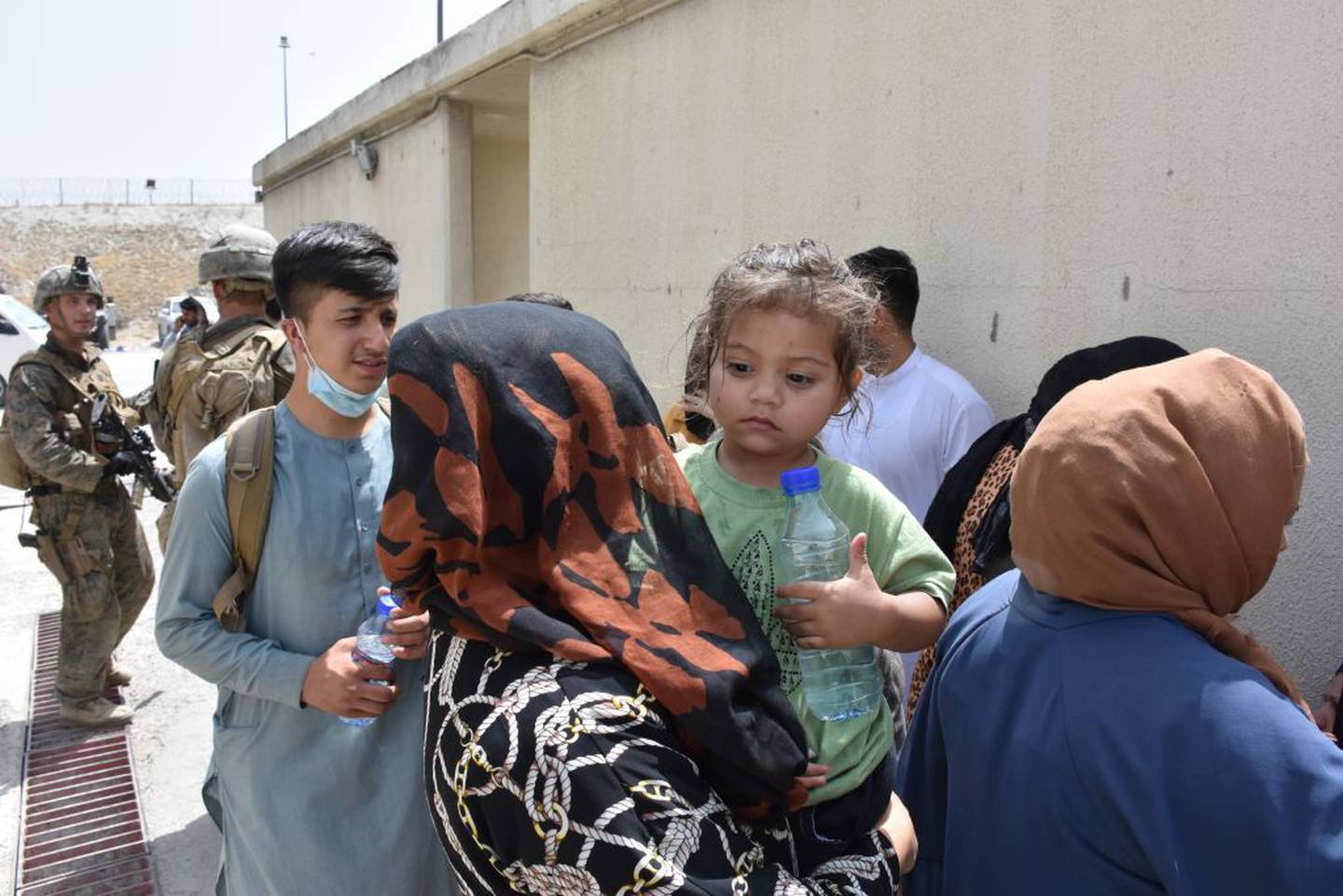 Thousands have rushed to Kabul's airport to try and flee the country. Photo / Getty Images

For 72 hours, they waited outside the wire.

They huddled together, flinching at what they said was "non-stop gunfire" from the Taliban.

Militants also used gas, they claimed, firing into the crowds.

"There were shootings every second," Abdul says his family has told him.

His wife saw several dead bodies, and tried to shield the children - aged 12 and 7 - from the horrors.

The kids fell over several times and risked being stampeded. But they were helped up by others and protected, Abdul has been told.

Two of the airport's three gates were under Taliban control. 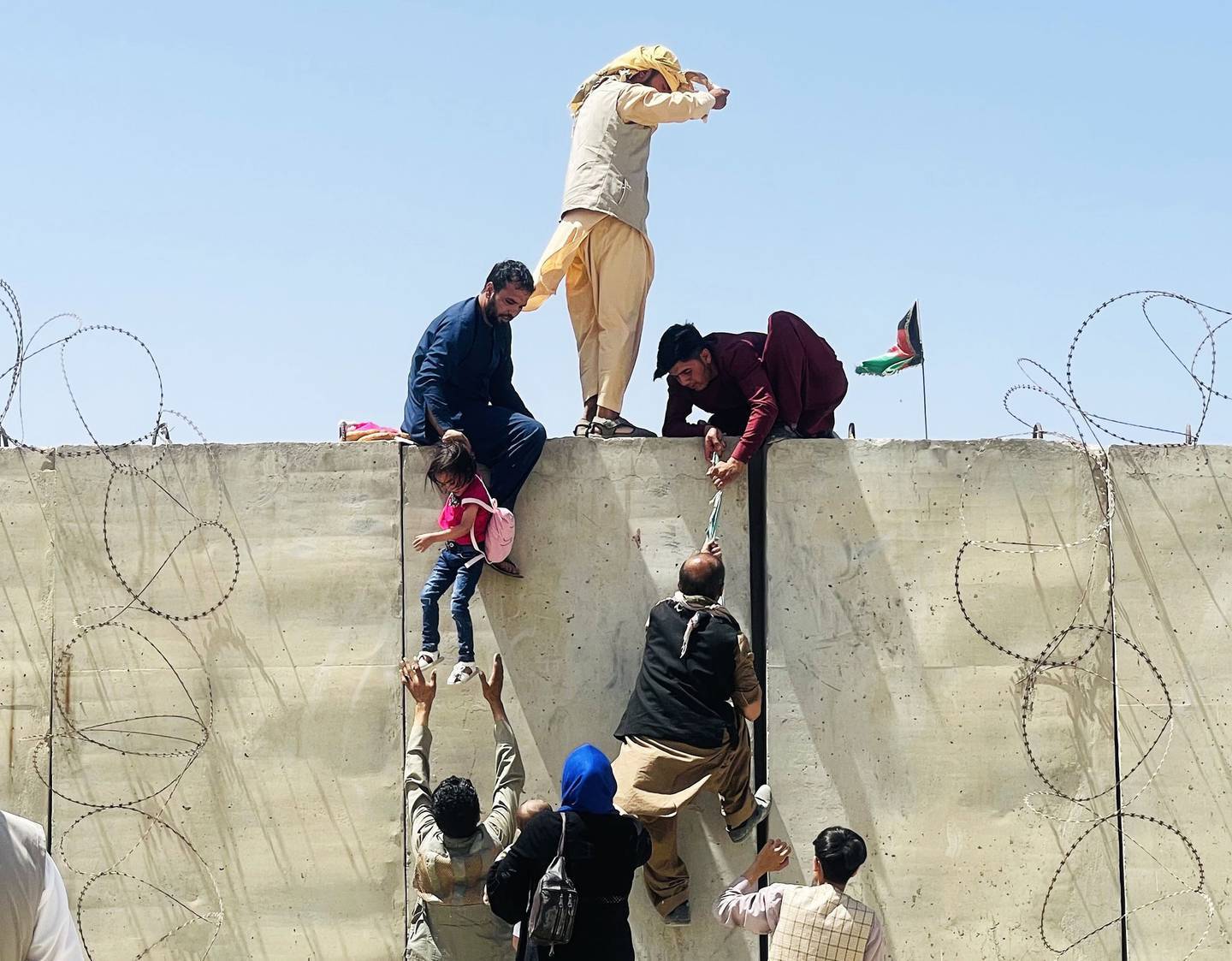 Thousands of Afghans rush to the Hamid Karzai International Airport as they try to flee the Afghan capital of Kabul, Afghanistan. Photo / Getty Images

They finally found their way to a gate under US soldiers' control, passing three dead bodies on the ground, and showed their paperwork.

All of them – even the ones with no official documentation – got led through the wire to safety. Abdul's wife, children, mother, five sisters, and other family members, managed to get out, totalling 16 people. 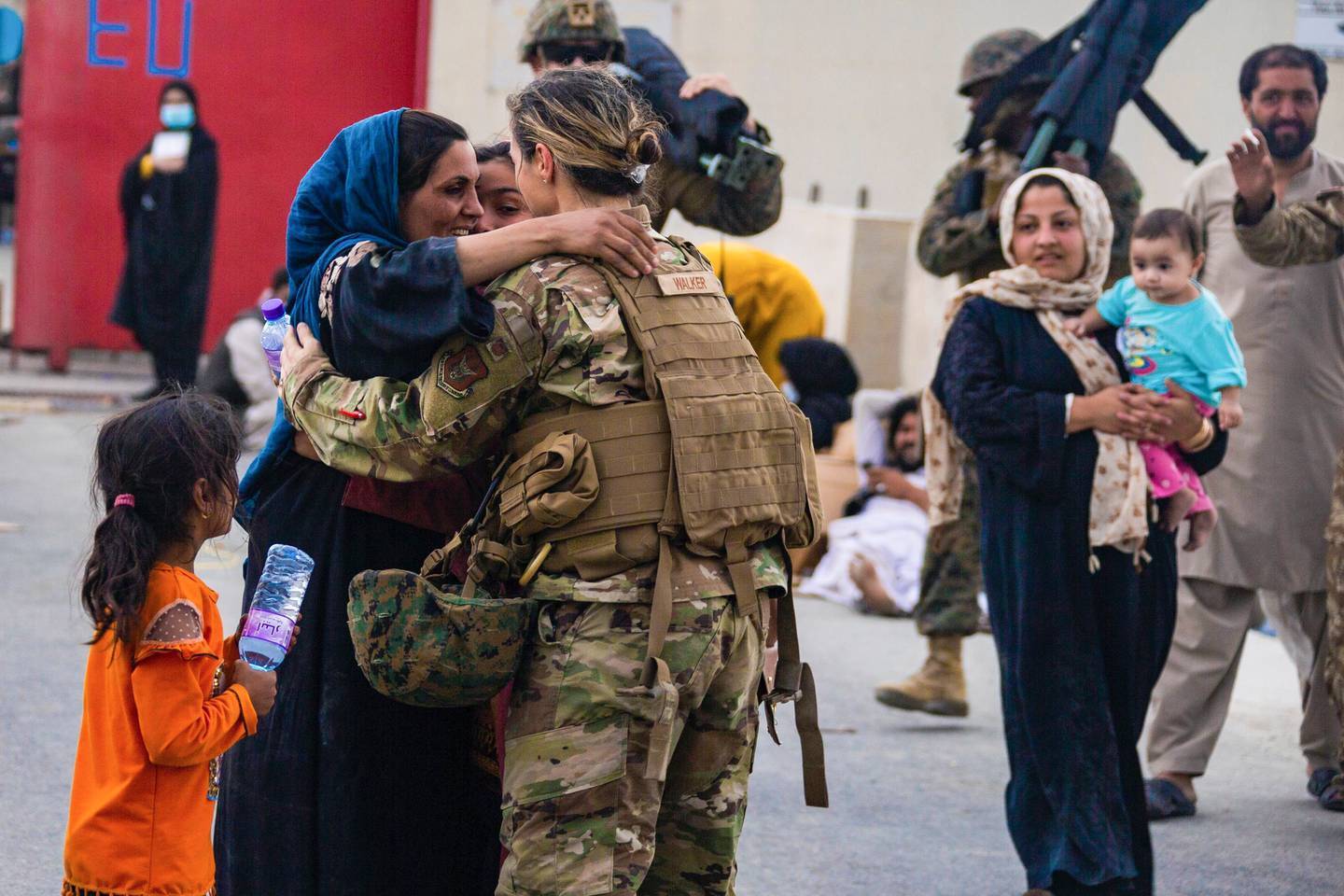 A US Airman with the Joint Task Force-Crisis Response embraces a mother after helping reunite their family at Hamid Karzai International Airport in Kabul. Photo / AP

They didn't even know where they were going – they were just relieved to be getting out.

Once they landed safely in Dubai, they spoke to Abdul on the phone back in Auckland.

"They are all together and are all coming home to New Zealand," Abdul said.

"I thought it was only going to be my wife and children who got onto the plane but lucky I got all of them out of Afghanistan.

It was the best news I have ever received."

They haven't yet been given any flights details. The first group of New Zealand citizens, their families and other visa holders evacuated from Afghanistan arrived in Auckland yesterday (MONDAY).

But Abdul, who undergoes regular counselling for anxiety and depression, says he's finally able to sleep at night.

"I'm so excited. Finally they will be here with me in New Zealand."