National has copped friendly fire from its likely coalition partner, Act, which is arguing that National's tax plan would stoke inflation by cutting taxes and increasing spending at the same time - sending a wave of cash through the economy.

Act isn't alone - nearly every party in Parliament has lashed out at National's bracket indexation policy, which would reduce income tax by raising tax thresholds, for being inflationary.

National disputes the idea that the tax cuts would be inflationary, but its finance spokeswoman Nicola Willis has confirmed the policy was on the bench for now, with the party working up a new tax policy for the next election.

National had pitched it as a suggestion for the Government in Budget 2022, but left the door open to taking the policy, or something similar, to the 2023 election.

Willis confirmed on Tuesday the policy was for Budget 2022 and National would put forward a tax policy for the next election later - this may or may not include something like the current indexation policy.

"What we said was in this Budget, the Government had room to add inflation-adjusted tax thresholds. We think that would have been the right thing to do," Willis said.

"As we shape our tax policy for the future, New Zealanders can expect to see a package that really focuses on the squeezed middle of New Zealanders who we know are struggling to get ahead and the shape of that package will be determined next year," she said.

National has also scrubbed a "tax calculator" from its website - the calculator had been online until at least June, giving people an indication of how much tax they would save under National's policy.

National is currently in the process of launching a new website.

The inflationary attack came mainly from Act, which earlier this year published a newsletter for its members saying that its plan, which cut taxes and cut the overall size of government spending, would be disinflationary because the overall amount of money heading into the economy through either tax cuts or spending was less than the status quo. 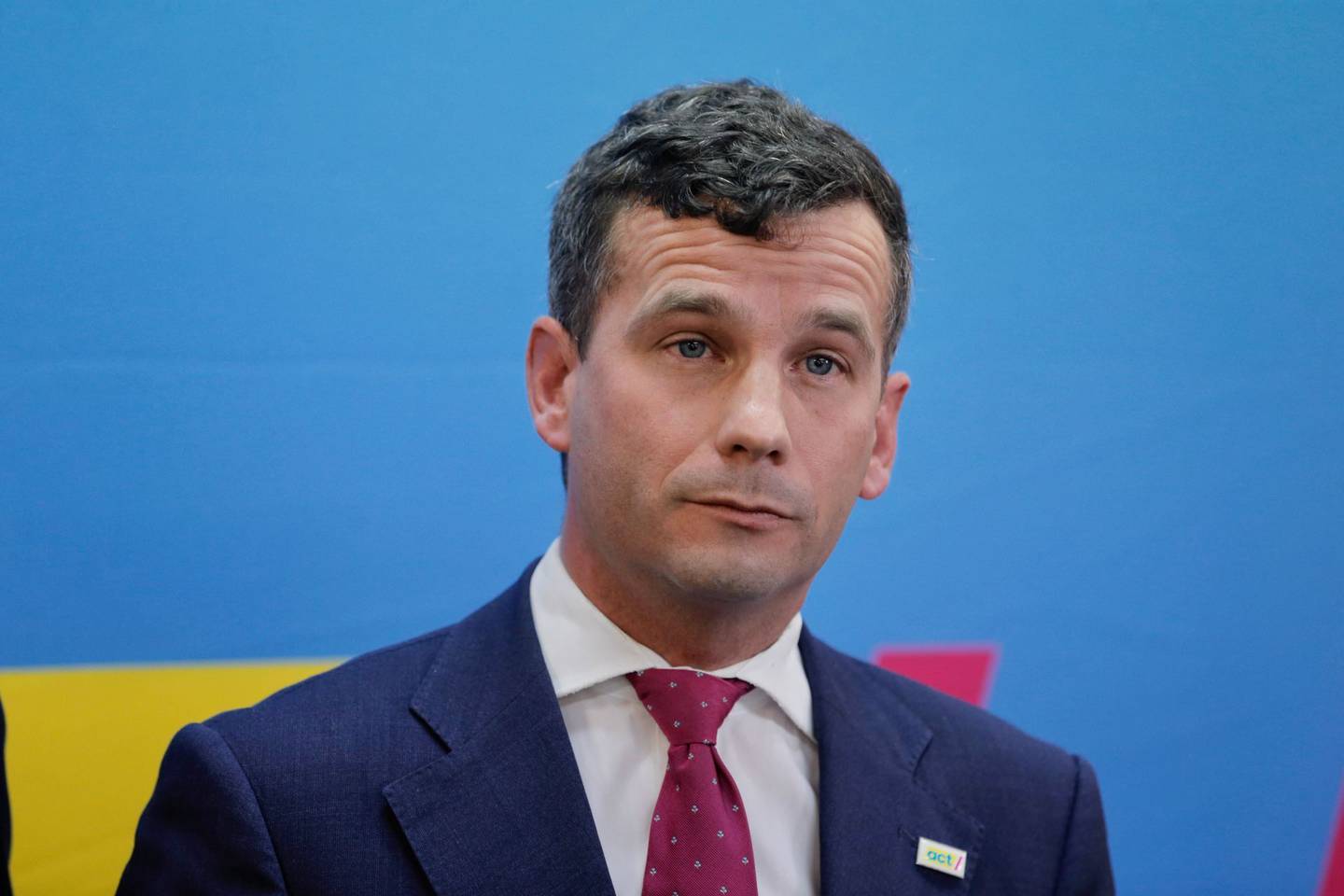 Act leader David Seymour said his party mailer, Free Press, had highlighted the importance of decreasing the "fiscal impulse", Treasury's measurement of whether a government was adding or subtracting spending the amount of stimulus in the economy.

"Increasing the fiscal impulse by cutting tax and not cutting spending is inflationary - that's why the Act Party's alternative budget cuts its expenditure more than taxation and as a result reduces fiscal impulse and is therefore deflationary," Seymour said.

Seymour was not the only one firing off at National's tax policy - Labour and the Greens agreed with him.

Finance Minister Grant Robertson said this was "one of the issues" with National's spending plan.

Robertson said tax cuts on top of spending increases "have the possibility of being inflationary well beyond the extent of any targeted or temporary spending measures we've taken".

"Effectively all Government spending or the allocation of revenue has the risk of being inflationary and it is a matter of degree and extent.

"The problem for the National Party is the same one [former finance spokesman] Paul Goldsmith had, that if they are promising to reduce debt, increase spending, and cut taxes they are in their Bermuda Triangle," Robertson said.

"The National Party tax cuts are inflationary and are targeted at the richest New Zealanders. What we actually need right now is greater support for those on the lowest incomes and to pay for it with a wealth tax," she said.

National is facing a battle on two flanks. On one side, there are fears big tax cuts would exacerbate inflation and send interest rates higher, on the other, fears it will not adequately fund health and education spending.

After conflicting statements on what level of funding National would put into the health budget each year, the Council of Trade Unions and the Nurse's Union released statements attacking Luxon.

CTU President Richard Wagstaff at "a time when there are huge pressures on services, and on the health workforce, we have now the spectre of a National Government slashing health services to pay for tax cuts".

National Nurses Union Chief Executive Paul Goulter said "to not keep up with inflation in funding health would see the health system going backwards, resulting in further service cuts during a time of national crisis.

"We should not expect to see governments or opposition parties changing their commitments just because the rate of inflation has become uncomfortably high".

In a twist of irony, Education Minister Chris Hipkins said that Labour could not itself commit to increasing health and education spending above the rate of inflation in the current economic climate, mainly because inflation was so high.

Hipkins had been telling media that Labour had, in its time in Government, increased health and education at rates above inflation.

At the Budget, Treasury warned the Government would need to increase spending by $2.5 billion at the next budget just to fund increased costs. It said spending cuts or tax increases would be needed to keep the lights on.

Treasury advice also suggested that government spending on things like tax cuts or benefit increases was less inflationary than other expenditure.

"Recent work at Treasury found that government investment and consumption tends to have the largest effects on domestic demand and interest rates," Treasury said.

"What has a smaller impact on interest rates are things like transfers, meaning changes to benefits and payments paid by the Government, and changes to the tax system, like tax cuts," Treasury said.