A Tauranga bus driver has been left "emotionally distraught" after a group of youths forced their way onboard and began smashing the rearview mirror.

It's the latest in a series of violent incidents at city bus interchanges that have prompted drivers to bypass stops if they felt their safety was at risk.

Seven or eight youths ran out in front of the bus, forcing the driver to stop. They then forced their way onboard and hurled obscenities at the driver. 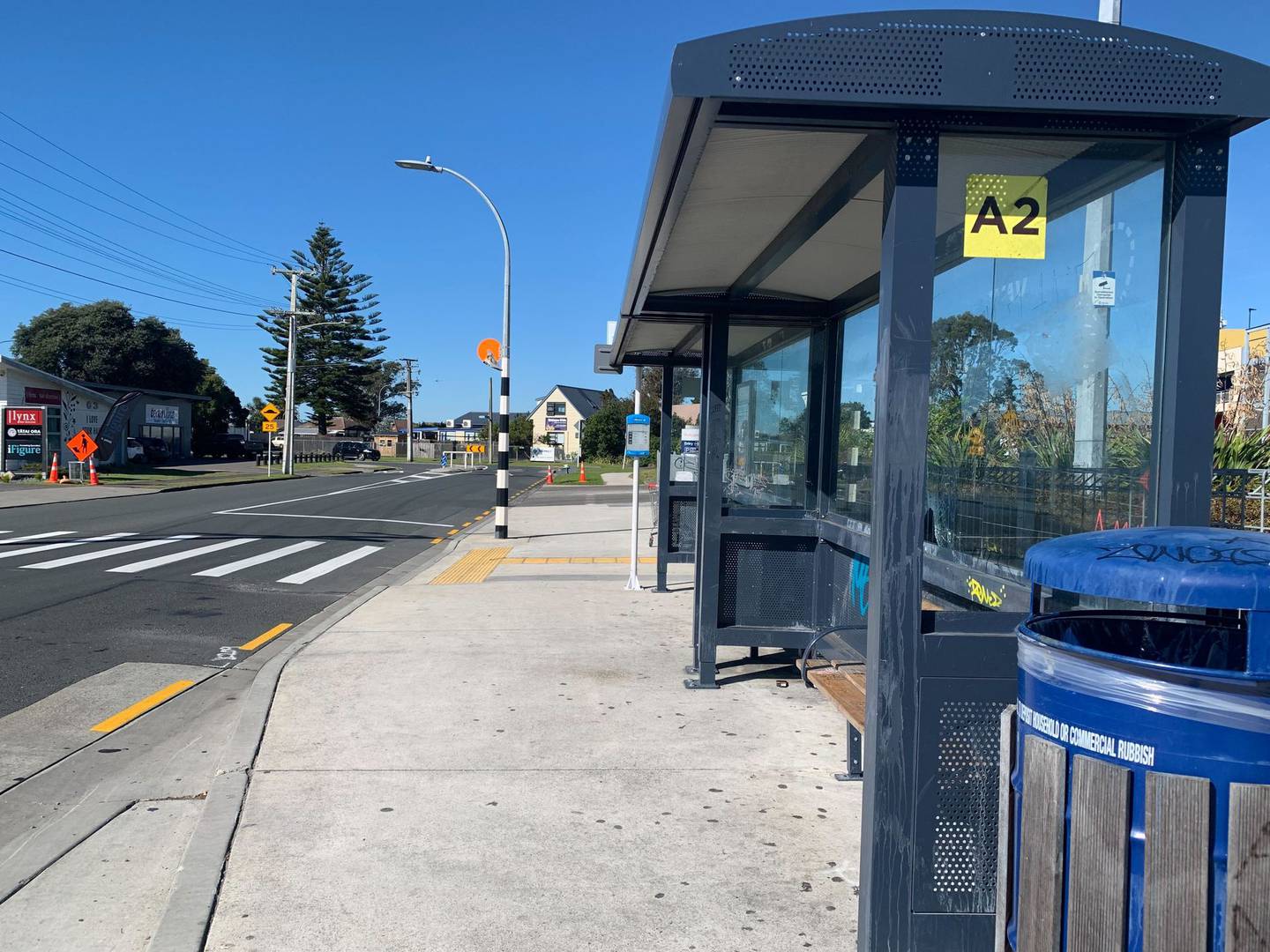 The bus stop on Farm St where a bus driver was subjected to racial abuse by youths, who forced their way on board and vandalised the vehicle. Photo / Megan Wilson

"They stopped the bus doors from closing and gave him racial abuse. They smashed up the rearview mirror," McKean said.

"It came about from him refusing to let them on the bus because he recognised a few of them."

McKean said the driver was left shaken and stranded as the broken mirror meant the bus could not be legally driven, so he had to wait for a mechanic to come and repair it.

"He was really quite emotionally distraught," McKean said.

"It upset me something shocking." 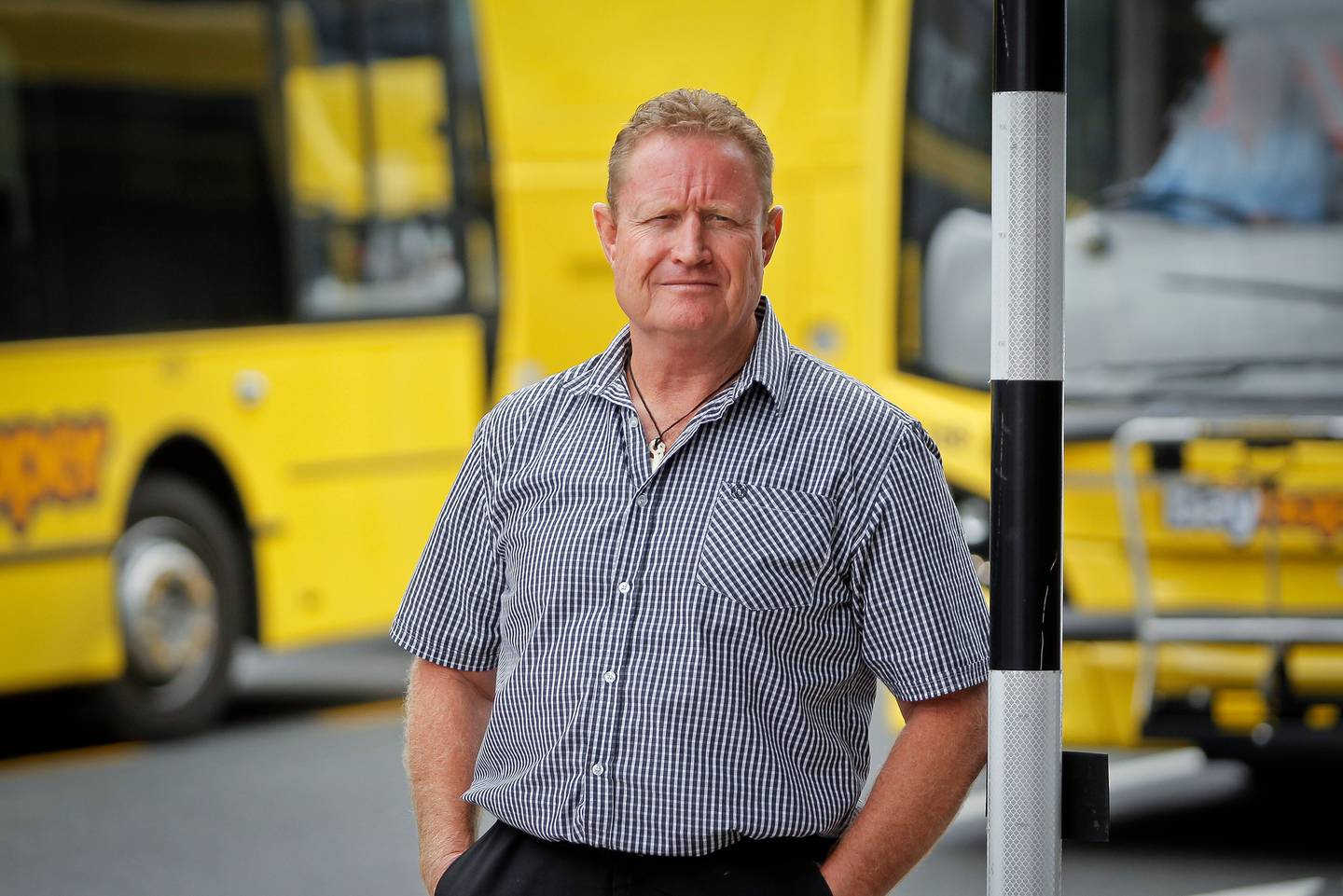 Police say officers responded to a report of youths damaging a bus about 5.15pm, but the offenders had moved on.

"The group returned to the area around 6pm and police attended the scene but the bus and the youths had already left," she said.

Police would make inquiries into the incident.

The driver was not at work yesterday but his employer NZ Bus has offered counselling and further support.

On May 6, drivers began boycotting three bus stops - Willow St, Farm St and 217 Maunganui Rd - if young people were congregating because they felt unsafe due to recent incidents of violence and threatening behaviour.

Security has been patrolling Tauranga bus stops since January 2021. As previously reported, police have asked that guards observe, record and report only.

It is understood there was no security presence at Farm St on Thursday because resources - previously split between there, Willow St and a Greerton stop - were focused on Willow St.

Incidents at that stop in recent weeks include vandalism and brawling. Police have made arrests and seized a homemade taser and a knife from youths in the area.

Regional council chairman Doug Leeder told the Bay of Plenty Times Weekend that Thursday's attack was unacceptable and the primary responsibility for addressing it "has to rest with the police department".

"The council ... we are endeavouring to increase the level of security personnel but these guys can't be everywhere all of the time," he said.

"Unless boundaries are set and there are consequences for crossing those boundaries, these will be ongoing issues." 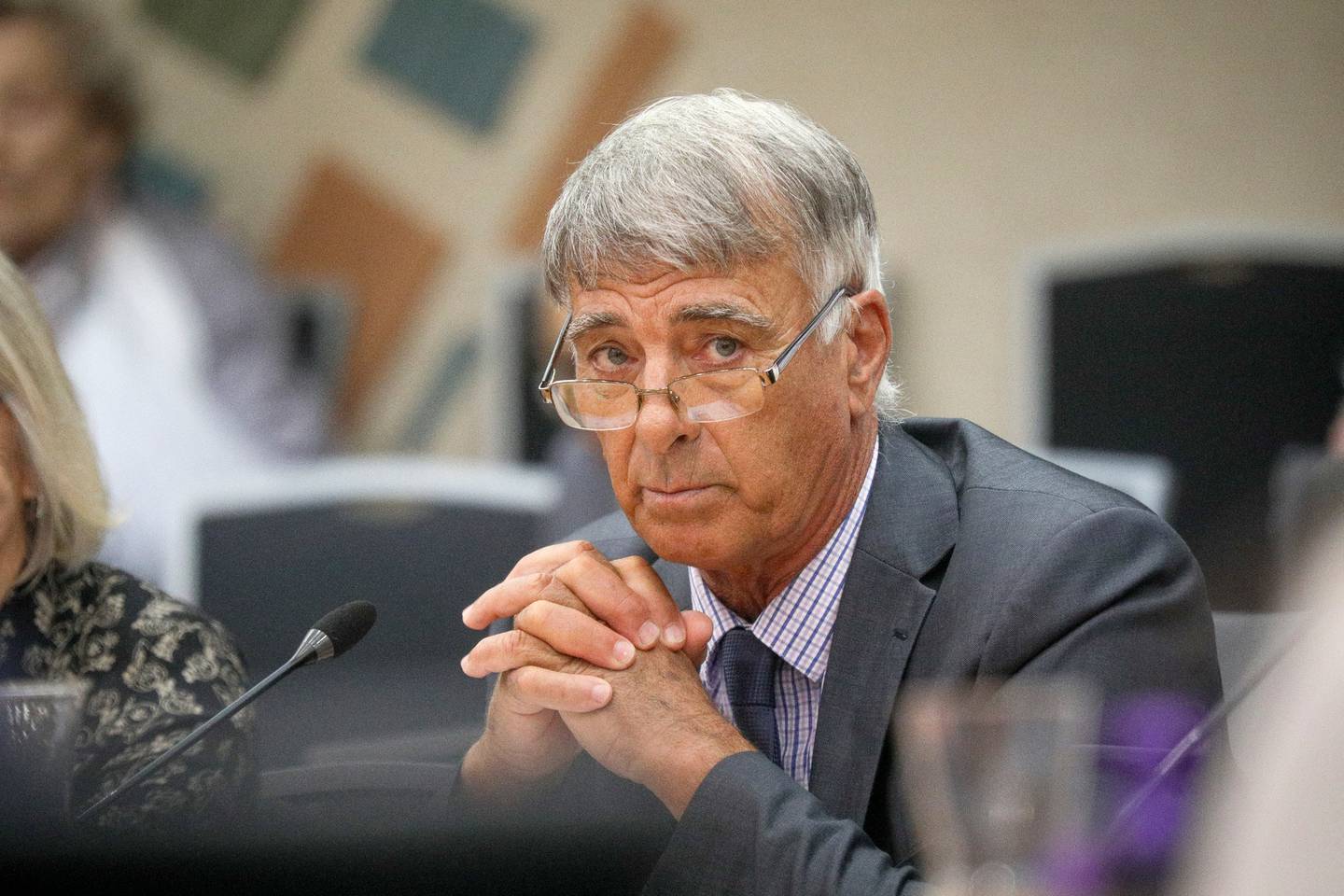 Council transport and urban planning manager James Llewellyn said a regular security presence would be restored at Farm St from Monday due to the increased antisocial behaviour and community concerns.

NZ Bus chief operating officer Jay Zmijewski said he believed the offenders should be prosecuted "for their treatment of our driver" and the damage to the bus.

Zmijewski said NZ Bus had already offered the driver counselling and would provide them with further support.

"NZ Bus have already made arrangements to retrieve CCTV footage and will be making this footage available to the police as soon as possible."

If drivers feel threatened or unsafe, they are encouraged to contact police via the NZ Bus operations centre or 111. They are also authorised to secure the bus and remove themselves from it if that is the safest option, Zmijewski said.

Thursday's incident comes after local authorities met on April 12 to come up with an action plan to address issues at bus stops.

The minutes of the meeting between the Bay of Plenty Regional Council, Tauranga City Council and police were yesterday released to the Bay of Plenty Times under the Local Government Information and Meetings Act.

The minutes included notes on comments attributed to the regional council's Simon Gray, who oversees school buses, that security guards were "not engaging because they feel unsafe".

He had observed threats being made, vandalism, riding on the backs of buses, youths intoxicated in public and drinking in school uniforms. Security guards were "outnumbered".

Gray said that even with training and raising the pay, it had been difficult to retain guards.

His colleagues were changing their walking route after work to avoid young people, having witnessed them fighting. Another saw young people rushing at people and "kicking out" at them.

Bus drivers were abused and threatened to the point where they were calling in sick or asking for duties to be changed, he said. Antisocial behaviour had continued in spite of increased security.

"The problem is that four security guards alone are never going to tackle this issue. What is needed now is a joint approach of being present in the CBD - not just police but community engagement ..."

The minutes recorded police Senior Sergeant Glenn Saunders urging drivers to make complaints about all incidents and for footage of incidents from security cameras in the area to be supplied to police.

Notes on comments attributed to him say "young people had been causing issues across the board" and that "if members of the public are feeling unsafe, we have a huge problem".

He said police would make a concerted effort to patrol the troubled part of Willow St on foot most nights.

The minutes state there has been a "clear" message from Tauranga police that security guards are to be "the eyes and ears only".