A group of young Auckland trampers is urging others to make sure they are properly prepared for a hike after "an easy exhibition" in Kaimanawa Forest Park ended in a helicopter rescue.

Fergus White is "healing well" after slipping and cutting his calf two hours into the Umukarikari Track while tramping with four friends.

Tarn Gillman was worried that the group wouldn't be able to do the trek due to bad weather when "everything came together at the last moment".

"We'd just made it up the hill. It was brilliant. We were chatting and Fergus turned around to say something, and just cakes it." 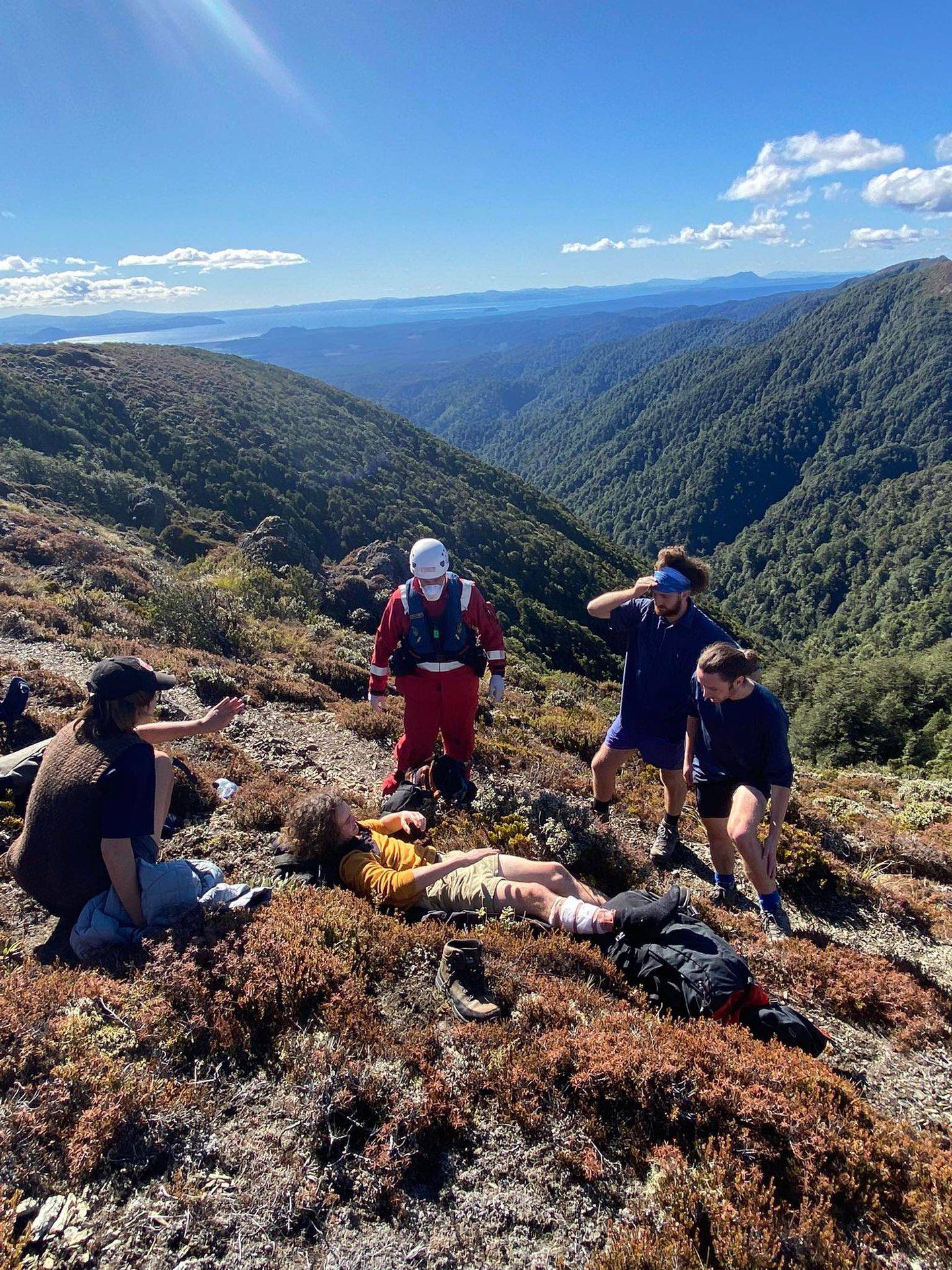 Edie Thiele recalls, "Tayla had asked if Fergus was okay … he said 'aw maybe'. We all looked down and he had this gaping wound."

The group rushed to bandage White's leg and phone for a helicopter rescue.

Tayla Wong-Lithgow notes that they were lucky to still have phone service.

"Another half-hour along the track and we wouldn't have been able to call."

Thiele, who had expected the rescue team not to arrive for a few hours, was surprised to see the helicopter approaching shortly after speaking to the emergency services.

"St John's rang me back to say 'really sorry for the delay' and we could see the helicopter about two minutes away. I've had Uber Eats that took longer than that helicopter."

White said he "got a nice view of the ranges" on the trip to Rotorua hospital.

"I knew we were coming into Rotorua because I could smell the difference in the air."

Rowan Hart says he wants others to be prepared, even on shorter trips.

"Definitely take a first aid kit, I hadn't even thought about it. Good thing Ferg was on to it."

Gillman noted, "We had reception so we were lucky to call a helicopter. We had a PLB [personal locator beacon] on us but we didn't need to use it. Take a PLB with you because even on easy expeditions you can get yourself into trouble without much warning." 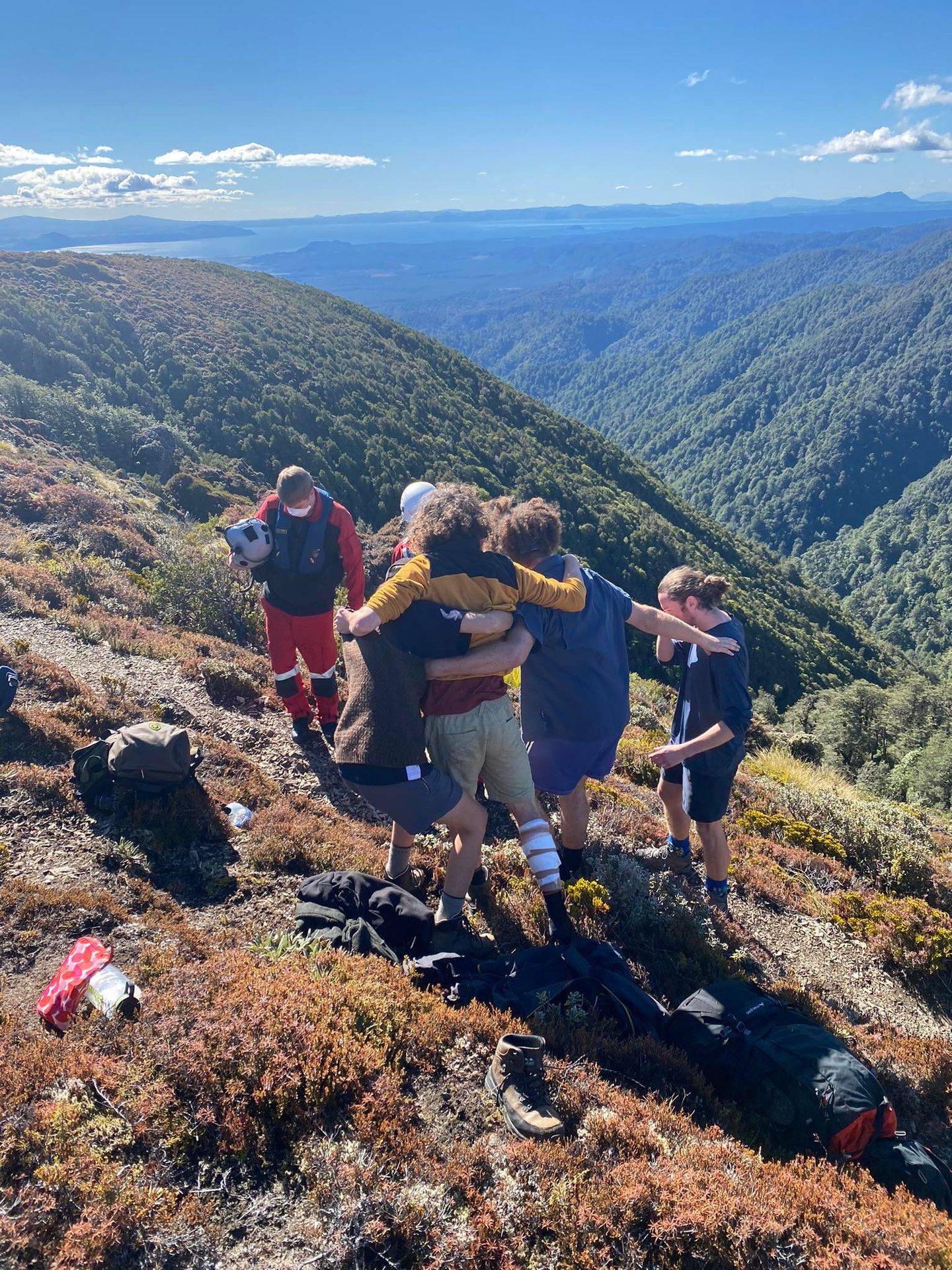 Fergus White is assisted by his friends in the tramping group. Photo / Edie Thiele

"We are so glad to be there for those who need us. When your rescue helicopter is tasked with a mission, it is because it is the best and, in most cases, the only option. Our supporters ensure we can be there for those in their time of need."

Thiele encourages others to donate to the helicopter rescue services, as she is unsure how White would have got to safety without them.

"The helicopter rescue is amazing. They're just legends." 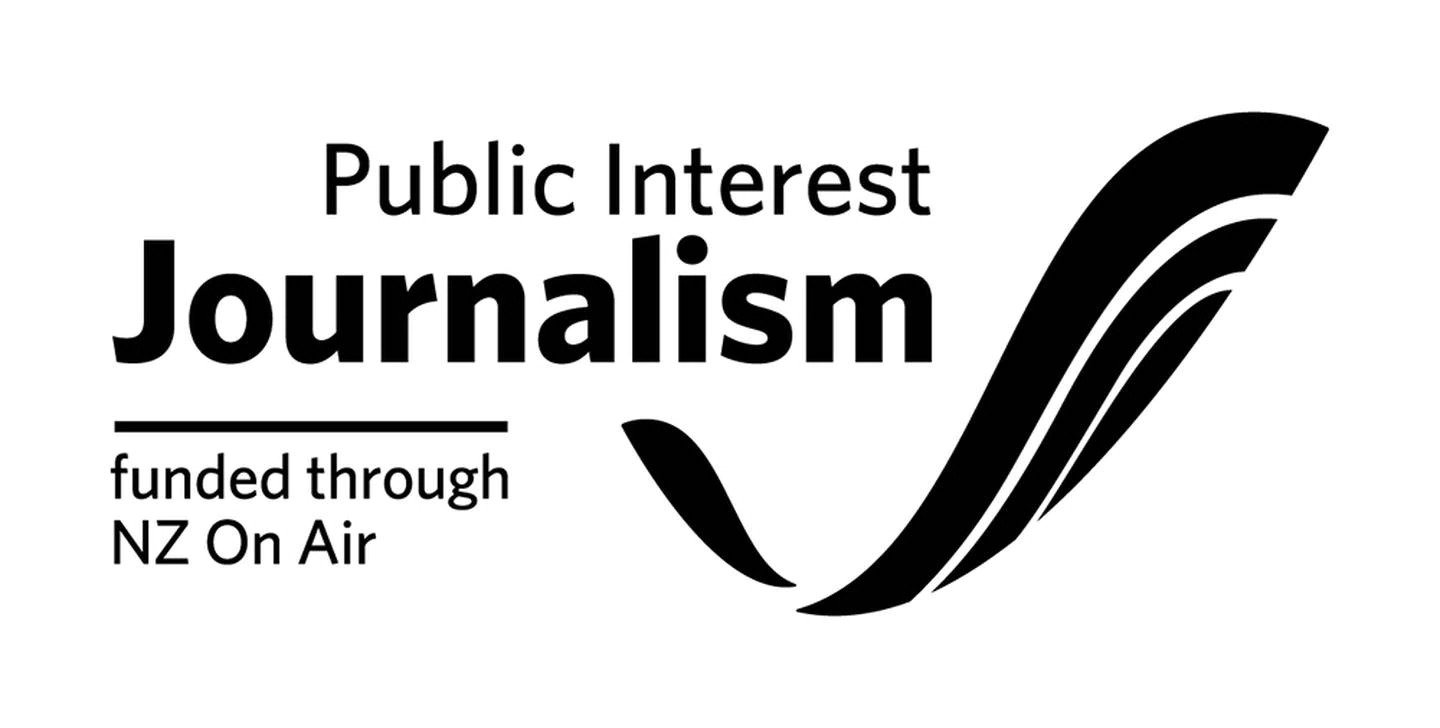