Carlo Massetti, a Kiwi based in Sydney, is "healing" in New Zealand after ending a five-year relationship that he felt turned "toxic".

In 2018 Massetti was accused of assaulting his partner Danielle Prebble. When she failed to appear in court the charges were dropped.

That led to bizarre scenes outside the Sydney courthouse after the prosecutor revealed police had been unable to locate Prebble. He told the court that her mobile phone had been switched off and she'd told police that she had left for New Zealand.

Moments later, as Massetti walked free outside court, Prebble was there to meet him and the pair embraced and walked away hand-in-hand.

But Massetti told the Herald on Sunday there was no happy ever after.

"I have been to hell and back. It's turned my life upside down. I have never felt so embarrassed and humiliated," he said.

"The charges were thrown out of court but it has destroyed my life. As a result, I have been diagnosed with post-traumatic stress disorder and severe depression." 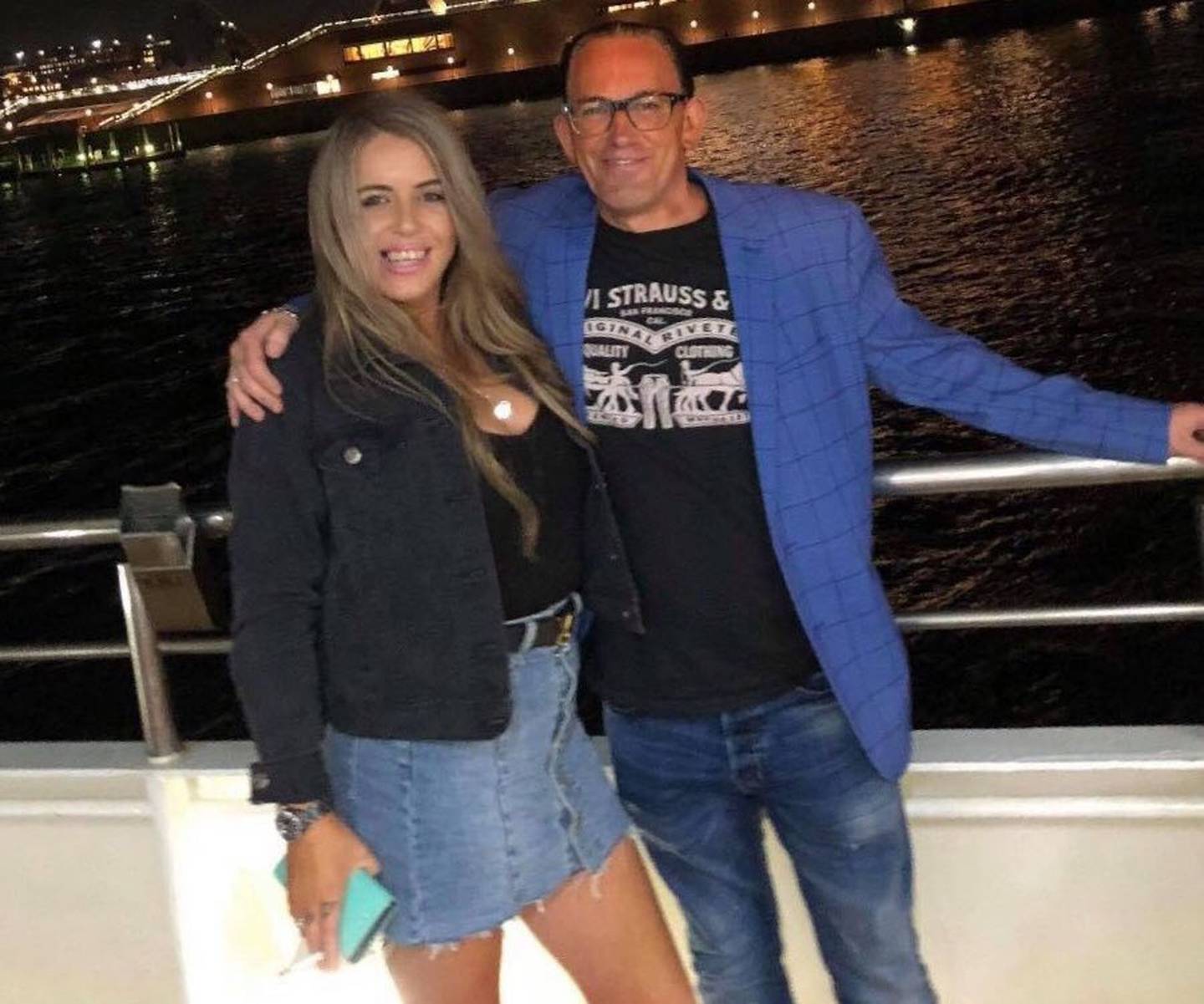 Massetti and Prebble are now separated - each pointing the finger at the other for the collapse of their relationship.

Prebble, also a Kiwi who has moved back to New Zealand, told the Herald on Sunday she was sick of what she felt was "abusive" behaviour. But Massetti says he believes he was the victim in the relationship.

Massetti, 47, met Prebble, 30, five years ago in Queensland. Both were in unhappy marriages and had a "wild affair" eventually moving to Bondi together. Prebble was working as a sales manager for an agency that dealt with celebrities.

Massetti said there was an instant attraction when the couple met - and it was before he struck it lucky on Lotto.

"We saw each other three times and began to develop strong feelings. Some of my friends have said, 'Carlo you need your head read. She is using you, she's after your money and wants a free ride'.

"I am not a fool and that was not the case with Danni."

Massetti was married twice before his winning streak in 2018. He won $1 million on May 7 before hitting the jackpot again just five days later with a $1.47m prize.

Incredibly, he got lucky for the third time winning another $48,000 in a Powerball draw. All of his winning tickets were bought at the same shop in Bondi totalling $2.5m.

That hat-trick of wins followed earlier wins in 2012 for the former funeral director who hasn't worked since.

With his winnings he treated himself to luxurious European cars, Tag Heuer watches, and Tiffany jewellery, and Louis Vuitton handbags for Danni. He paid $50,000 a ticket for the pair to travel first class to Dubai, Singapore, and Hong Kong.

"You get bugger all for flying first class. We had caviar and champagne but to be honest it was a complete rip-off - you are better off flying business class for $5000 a ticket."

Massetti says he tried to keep his triple windfall a secret, but a $50,000 hospital donation was made public and then "everyone" wanted to be his friend.

"Every man and his dog wanted money from me. I didn't shout my friends a drink or give them one single cent, that was my choice. They were obviously annoyed and disappointed. But I said 'if you don't respect that, don't be my friend and lose my number'." 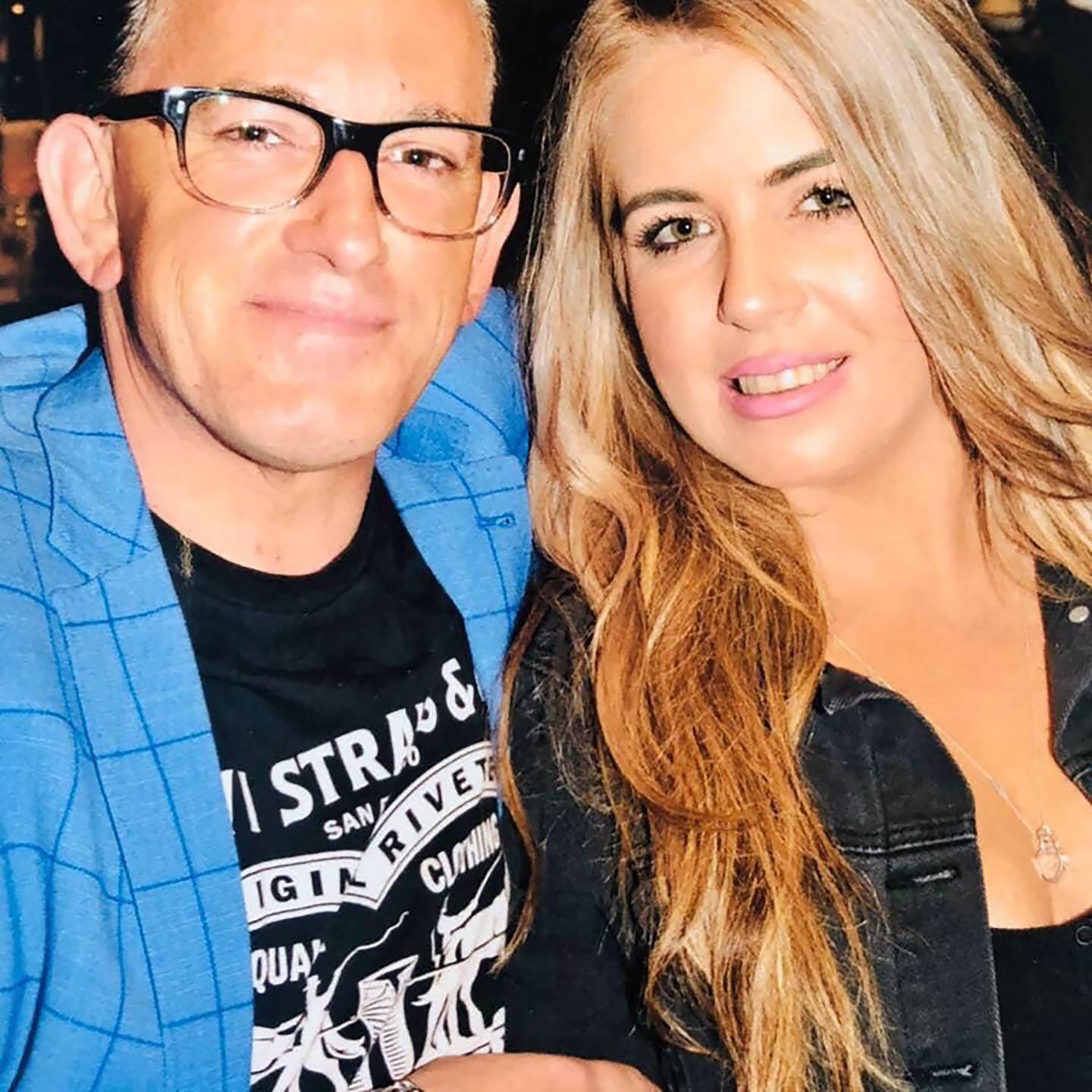 At the same time as he was struggling with friends, the relationship with Prebble was deteriorating.

"Most people would be jumping up and down with excitement [after winning so much money] but for the amount of stress I had been under with Danni and my marriage break-up I felt flat.

"I lay on the couch had a coffee and cigarette, and broke down and cried."

Massetti spent time in remand prison after being charged with domestic violence. He says he was picked on and beaten by inmates who thought he was a "rich prick".

"I was treated like a dog and had a hell of a time in protective custody. It's made me a nervous wreck. I don't believe police understand that with my mental health issues I can come across as arrogant and rude. I can't help it, it's part of my bipolar condition."

She moved back to New Zealand in February after the relationship ended. She says she is trying to rebuild her life and has a job nursing the elderly.

Prebble says she failed to turn up for Massetti's court hearing because she believed prison was not the right place for him. A document supplied to the Herald on Sunday showed Prebble applied to have the violence charges revoked last year saying it was stressful for their relationship.

"He has bipolar disorder; prison wasn't going to be giving him the help he needed," Prebble said.

"For five years he had it in his head I was cheating on him. The saddest thing is I left my marriage for someone I thought was genuine and loved me. I am devastated."

Last year Massetti fell foul of the law. He was fined for public urination and drink driving.

"I pleaded guilty to that. I was remorseful, I was stupid. But I was literally busting and didn't think anyone saw me. But a police car turned up and I was busted."

The maximum fine he could have been landed with was more than $2200 - but the court reduced that to $600 because of Massetti's "limited income".

Early this year Massetti and Prebble had a run-in the Tactical Crime Squad over another altercation. A police statement said Massetti was intoxicated and belligerent towards police and the public.

It said he refused to cooperate with the police and threatened to defecate in the police van. He also claimed to have coronavirus and coughed directly at officers, the statement said.

Massetti was charged for wasting police time and will next appear in court on May 25.

"I really needed to go the toilet," he said. "It's such a minor matter."

Massetti told the Herald on Sunday he "genuinely tried to love" Prebble.

"I don't hate her and I'm sorry it's come to this. I forgive her but I can't forget what happened."

Massetti wouldn't talk to the Herald on Sunday about how much money he has left.

He said some people thought he was broke but he said he had investments that he could live off.

But Prebble believes he has squandered all his money "a million per cent".

She said she still had feelings for him.

"My affection for Carlo runs deep. We shared a lot and I think we still have a connection. I still love this man, I can see beyond his illness; I see the person inside of him."

But she believes he needs to spend time in a mental health facility.

"The man won Lotto but he's not a lucky man at all."