Firefighters at the massive Kaimaumau blaze were bracing themselves for a repeat of the conditions which caused multiple flare-ups on Sunday afternoon as the remnants of Cyclone Cody continue to buffet Northland.

Three homes on the northern side of the 2530ha fire effectively remain evacuated, with the occupants allowed home during the day to tend to animals but told to leave at night or any time that conditions become critical.

Incident controller Peter Clark said Sunday's winds of more than 25km/h coupled with high temperatures and humidity that dropped into the low 40s had caused smouldering ash across the fire ground to ignite.

''Spot fires started popping up all over the place at the same time. However, we were prepared with a number of helicopters and crews on the ground.''

Clark, who hails originally from Kohukohu, said a simultaneous ground and air attack on the fire proved effective.

An aerial inspection of the fire ground at first light yesterday showed the flare-ups were extinguished or contained. 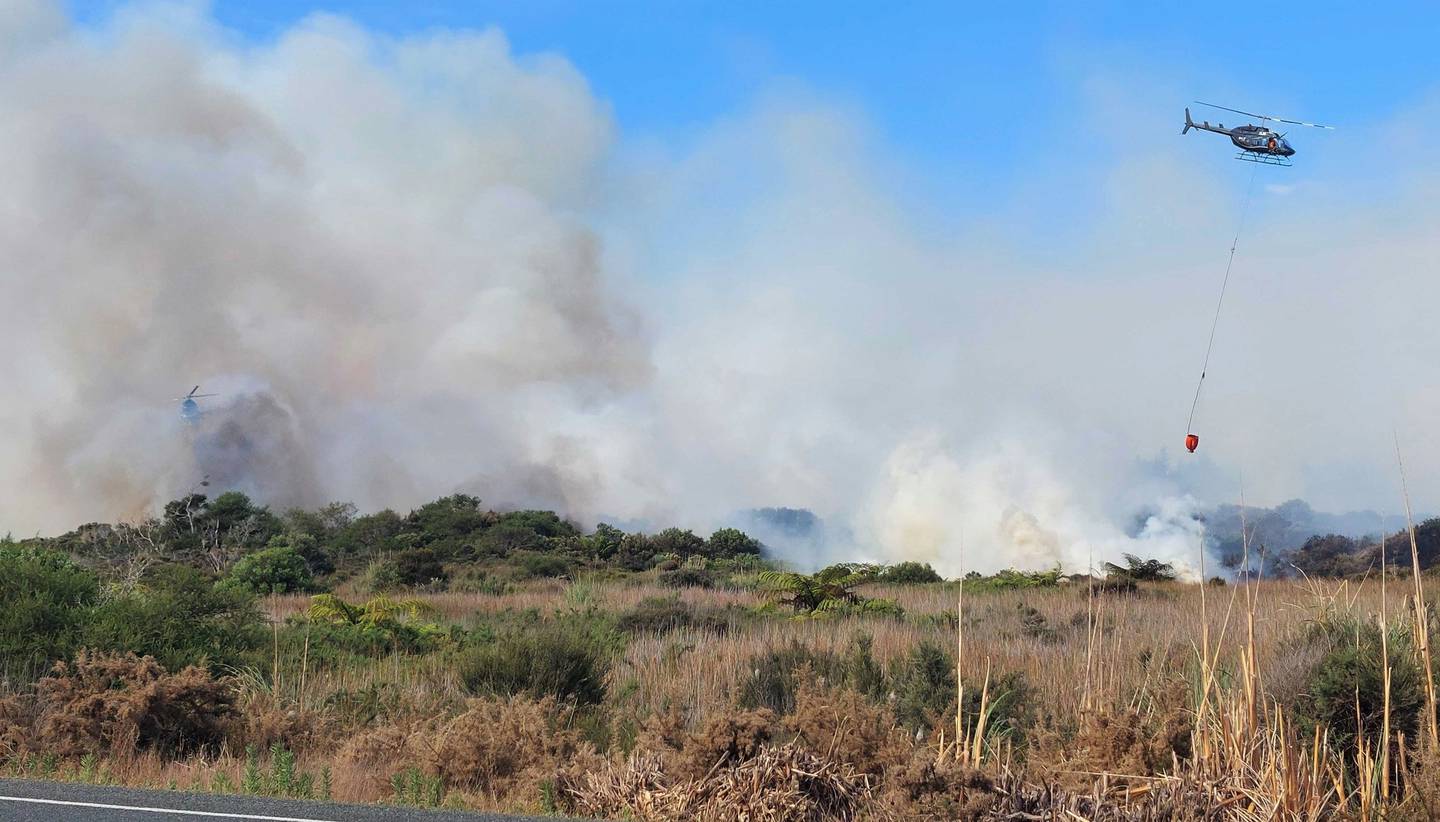 Extra fire trucks from the Houhora and Kaitaia brigades were called in on Sunday to help douse roadside breakouts.

The firefighters were a mix of personnel from the Department of Conservation, the Defence Force, Fire and Emergency NZ and forestry contractors, supported by local iwi.

''There's a whole range of people invested in the fire, they all have a part to play,'' he said.