New Zealand's methamphetamine epidemic continues to ravage our communities, big and small, urban and rural, rich and poor. The insidious drug has now spread across all forms of society and, as a Herald investigation has uncovered, it's increasingly being used by women and housewives. Kurt Bayer reports.

There are a couple of stories floating around Christchurch – one involving "the Sumner set" and the other, "the Merivale set". Two of the garden city's posher, more affluent suburbs: Gated villas, European SUV marques, ladies who lunch, Louis Vuitton handbags and little dogs.

The story goes – and there are several versions but all end on the same plateau – that within some of those tight social circles, meth has lately become the party drug of choice. More than ecstasy and cocaine, the rich man's aspirin, meth is circulating in ever-sophisticated dealer networks.

Where gin and valium were once the secret vices of the lonely housewife, many are now turning to P. Firstly, it might be to party on. Snorted, injected or smoked, it's a stimulant that produces a euphoria, spiked confidence, sociability and vigour.

At first, productivity can soar. The housework is done. The kids are dropped at football practice and the groceries are nailed. Feeling great, it reduces hunger and the weight just drops off. New friends are made. For a while, things are great. And then tolerance increase, the usage and frequency goes up, and then it's a spiral in only one direction: down.

When old soldiers' plaques were nicked from a memorial cemetery and flogged at a scrap merchants for drug money, there was public outrage. Who could stoop so low? The trial led to Christchurch mum-of-three Gail Wickes. Stealing to fund her spiralling meth habit.

In jailing the 41-year-old Wickes back in August, Christchurch District Court Judge Jane Farish spoke about methamphetamine being "plague in our society, particularly to women".

"In the last six months, I have seen a huge number of women, not dissimilar to yourself, where they have lost everything because of methamphetamine. It is about time we did something very serious to eradicate it from the community," Judge Farish said.

It's a "big time" issue, says former meth addict turned counsellor Mark Steven. While they might start dabbling on a Friday or Saturday night, he says it soon flows into the rest of the week.

"Housewives are particularly using it for productivity because it's an energising type of drug," Steven says.

"Dependency increases because they're getting things done – running households, working, managing kids, the whole thing. They soon find themselves developing a dependency and they're caught in a situation very quickly where they can't stop." 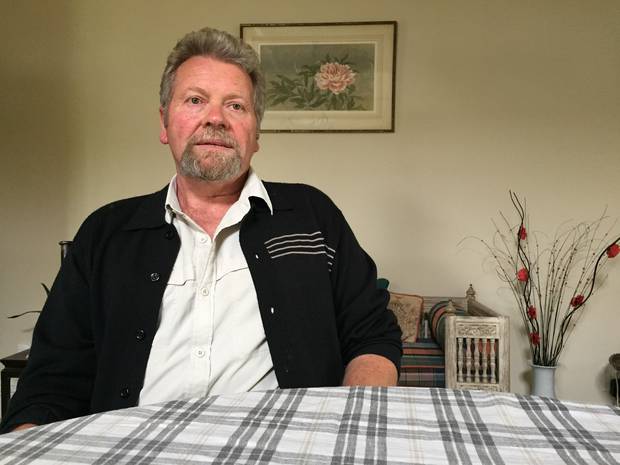 Tradies imported for the massive post-earthquake rebuild of a flattened Christchurch have often been blamed for city's P boom. Cashed-up young men away from family and friends, staying in hotels and motels, turned to the drug.

"They knew the drug was a reinforcement for energy so they could work longer hours, go out at night, and relieve boredom. And they had cash. And that's why it became a lot more plentiful here in Christchurch and the market is now entrenched here," says Steven.

It's everywhere today. Ever since it first came on the party scene in the late 1990s, the price had remained relatively static, with Kiwis forking out around $100 for a point bag (0.1 of a gram) - one of the highest retail prices in the world. A gram costs around $800-$900.

Now, a gram can be bought in Christchurch for as little as $300. Point bags: $30.
Latest research from Massey University's SHORE & Whariki Research Centre shows the median price for a gram of meth nationwide is down to $500. Associate Professor Chris Wilkins says record lows of $450 per gram have been reported in the Auckland, Waikato and Wellington regions.

Most of the product is coming in from overseas. Narco-guerrillas and ruthless foreign cartels in South America and Southeast Asia are cranking out high-purity crystal methamphetamine at unprecedented levels, which top drug experts say is appearing on New Zealand streets.

In 2016 police seized almost 500kg of methamphetamine at a remote beach in Northland. That single find - with a street value of $450 million - was bigger than the total seizures of the previous two years combined.

It signalled the beginning of a new wave of New Zealand's meth epidemic. Since 2010, more than 14.5 million grams of illegal drugs have been intercepted by Customs – mostly methamphetamine.

And the more available it is, the more it's sucking in women.

Triggers for them can be loneliness, vanity and weight loss, and a history of depression.

Steven says: "At the moment, we have a lot of professional people presenting including a high proportion of owners, with business owners, lawyers, nurses, a wide cross section of people. It's not only the lower socio-economic people who fall into this trap – it's across the board. It's affecting a whole range of people."

Just 15 per cent of meth users are dependent on it, according to Pauline Stewart, executive officer and founder of nationwide Family Drug Support, which helps families and friends deal with alcohol and other drug misuse. Many users are functioning members of society, holding down jobs, running households, studying.

"Meth users come from across all sections of society, it's indiscriminate," Stewart says. "It can happen to anyone. Meth is everywhere, in towns and cities. It's endemic."

"Lunches, rosters, bring-a-plates ... I had everything under control."

Tauranga mum Haydee Richards discovered speed when her daughter was just 11 and son 7.

In just a few months, she moved on to crystal meth and thought it was "awesome".

Before that she had struggled managing everything, but now she felt like she could cope.

Her house was "immaculate". She stayed up all night cleaning. Everything was "perfectly organised" for her children. 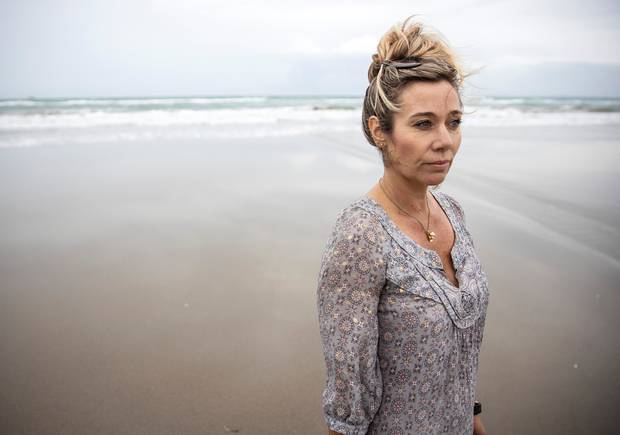 "Lunches, rosters, bring-a-plates ... I had everything under control."

She didn't think of herself as a drug user.

"It didn't seem like a big deal, as I only did it weekends. Soon I would start Friday. Then I'd feel so bad on Monday I'd have a pick-me-up. Soon I was on it all week."

Her weight dropped to 39kg.

"I was super skinny. Clothes hung off me. I thought I was awesomely hot."

Earlier confidence began to crumble. Within a year she was taking meth intravenously.

"I would never take drugs in front of the kids but, when I became stressed, I'd go in the bedroom, shut the door, inject meth, come out and be able to cope."

By then Richards was injecting so much meth - up to three grams a day - that she began dealing to fund her habit. She also had gang connections.

"It becomes a fulltime job. I became totally self-absorbed. I would only hang out with people who did drugs. I would do deals. I didn't care, the only thing that mattered was making sure I had enough. I had to inject more and more, just to feel okay. I never thought I had a problem. The only problem was running out."

Twelve years after she first took meth, police raided her house. Her son, then 17, was still living with her.

She was jailed for two years, three months and her daughter had to sell the family home.