White New Zealanders are much more likely to get a new, more generous welfare payment introduced in response to Covid-19.

The Government was warned that it was creating a "two-tier" welfare system which could potentially worsen racial inequality when it introduced the higher, tax-free, more accessible benefit in May.

The Covid Income Relief Payment (CIRP) of $490 a week was worth nearly twice as much as a single person's unemployment benefit. Unlike most existing benefits, it was also available to people whose partners were earning - as long as that partner was making no more than $2000 a week.

When introduced, the Government said it was to "cushion the blow" for people who had an unexpected, sharp drop in income - but denied it was middle class welfare.

Welfare advocates said the policy gave the impression that long-term beneficiaries were less deserving than middle-class people who had just lost their jobs during the pandemic.

Maori households are over-represented in the long-term beneficiary category, and the National Party said that making the new benefit permanent could worsen racial inequality in the welfare system.

Ministry of Social Development (MSD) data released last week gives a snapshot of who has received the Covid Income Relief Payment so far. European New Zealanders (43 per cent) were claiming it at nearly three times the rate of Maori (16 per cent).

That contrasts with the less generous unemployment benefit. In the period since Covid arrived in New Zealand, Maori and European New Zealanders have received Jobseeker Support at a similar rate (35 per cent).

Auckland Action Against Poverty advocate Kathleen Paraha said beneficiaries she worked with all felt they were being "ripped off" when the Covid relief payment came in.

Paraha, who is herself on the Supported Living Payment, said beneficiaries constantly battled to get grants for food and other costs because core benefits did not pay enough.

Her organisation had applied for food grants for 16 people on Friday alone - all were declined. 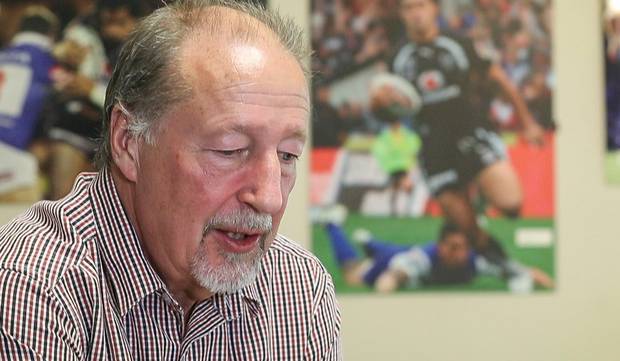 Mangere East Family Services CEO Peter Sykes said it was particularly frustrating for long-term beneficiaries who were competing in the same job market as newly jobless.

"The core poor remain poor and remain quite distrustful of the system," he said. "Now, all of a sudden, people can just send an email and get a payment. Most of our community doesn't believe it."

Many of the people in his suburb were casual workers in hospitality and home care and did not qualify for the Covid payment when they lost their jobs. The payment has a minimum hours requirement.

Social Development Minister Carmel Sepuloni stressed that the Covid payment was a short-term measure for an unprecedented crisis. Furthermore, many people found they were better off on a benefit than the temporary payment because of additional support they could be eligible for.

"People take a number of factors into account when applying for support," Sepuloni said.

"For example their ability to work part time, termination pay, or they may consider the stability of an established payment like a benefit, instead of going on to a temporary payment like CIRP." Social Development Minister Carmel Sepuloni said some jobless were better off on a benefit than the new Covid payment, because of the additional support they could get. Photo / Mark Tantrum

Another rationale for the Covid payment is that those who have lost their jobs because of the pandemic are more likely to be mortgage-holders. If a large number of people defaulted on their mortgages it could significantly increase the economic impact of the pandemic.

Max Rashbrooke, a researcher who specialises in economic inequality, said there could be a potential upside to the new Covid payment. In countries where people were paid more in benefits if they earned more, there tended to be more support for the broader welfare system.

"It's plausible that if they feel like they're getting more out of the welfare state, they are then more likely to feel some sense of ownership over the system and feel more kinship with other people who are receiving welfare payments. That's the optimistic take, from an inequality point of view".

The Government lifted core benefits by $25 a week (13 per cent) in response to Covid, though that was at the bottom end of the 12-47 per cent increase recommended by a Welfare Expert Advisory Group last year.

The expert group found that core benefits were between $100 and $300 a week lower than recipients needed to pay their bills and live with dignity.