The newlywed couple who were celebrating the happiest time of their lives while on honeymoon in New Zealand have revealed their dramatic survival story after escaping White Island.

Matt Urey and his wife Lauren had only celebrated their wedding day two months ago and had decided to go on the Ovation of the Seas cruise to celebrate. As part of their holiday, the pair booked an onshore excursion to Whakaari on the day of the eruption.

But as the horror unfolded, Matt and Lauren made a decision that may have saved their lives. Instead of running, the pair hid behind a pile of rubble to stop the impact, news.com.au reports. 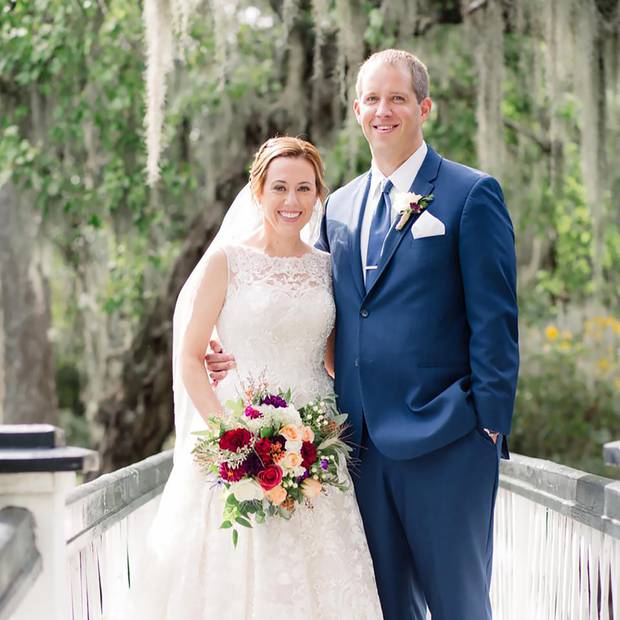 Lauren Urey and husband Matthew Urey on their wedding day.

In the moments following the eruption, Matthew's mother Janet Urey received a frantic voicemail from her son describing the eruption and detailing the burns he and his new wife had received.

Barbara Barham, Lauren's mother, had also heard the voice message from her son-in-law, telling The Washington Post the pair "were burned very bad".

"He said he would try to call as soon as he could but talking and making phone calls was difficult," Barham said of the voicemail.

"His hands were so badly burned it was hard for him to make a phone call."

Since Matt and Lauren have been taken to hospital on the mainland, Mrs Urey has shed further light on how her son and daughter-in-law managed to survive the eruption.

"They were able to take some shelter behind a large rock," she told US station 21 WFMJ.

"Ten minutes … it could have meant life or death for them, but luckily they were already down the volcano close to the water, so they sheltered themselves a little bit. They already had been provided with respirators so they didn't breathe in all the ash."

Mrs Urey, who travelled from Pittsburgh in the United States to be with her 36-year-old son in New Zealand, said he was in recovery after receiving burns to 80 per cent of his body. She said he needed a three-hour surgery and will require extensive skin grafts and further procedures in 48 hours.

"The burns were a little worse than we had hoped," she explained, noting the worst of his injuries are on his hands, abdomen, back, legs and chin.

"He's taking fluids and eating a little jello, so stable for now." 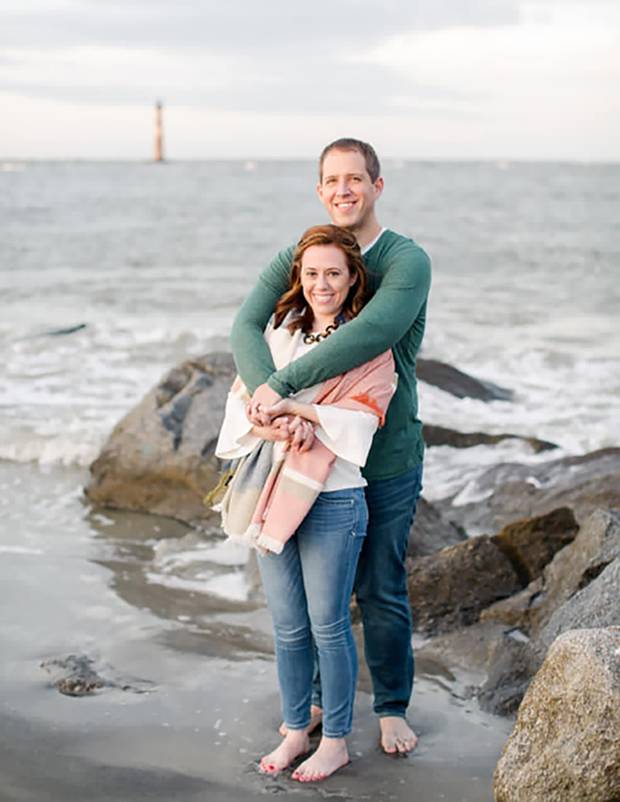 Matt and Lauren hid behind a pile of rubble instead of running.

It is understood Lauren is sedated in Auckland's Middlemore Hospital and still incubated ahead of more required surgery.

Barham said she received a call from Royal Caribbean following the eruption but was furious the tour company allowed passengers to go on the island in the first place.

"I'm just livid," she said. "There's been warnings about it … my son-in-law never would have booked the excursion if he knew there was any chance of them being injured."

The couple were among nine Americans caught up in the eruption on White Island.