Every week, Hayden Marshall-Inman would leave $5 behind as a pay-it-forward at his local Four Square supermarket.

It was a simple gesture but one that will now forever stick with staff at the Ōhope Store after he died in Monday's volcanic eruption at Whakaari/White Island. 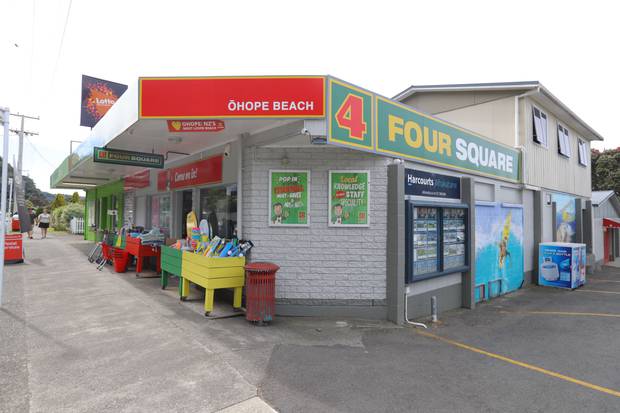 The White Island Tours skipper was one of 13 thought to have died in the eruption, which has also affected people from around the world.

Among those injured, some with life-threatening burns, are tourists from the United States, UK, Australia, China, Germany and Malaysia.

In Marshall-Inman's home town of Ōhope Beach, Claire and Aaron Blair, owners of the Four Square Supermarket, are how doing their best to honour the popular local.

They've set up cards for locals to leave their condolences and a box to leave a donation for food. "We are also putting some supplies together for the family that a close family friend will take to them tomorrow.

"Hayden is close to our hearts. Every week, he left $5 at the counter to pay for the next person. This has been happening for years so there will be many recipients of his kindness.

"The Inmans are in our thoughts, as well as all the other families and friends of everyone affected by the Whakaari eruption." A food collection box and cards have been set up for the family of Hayden Marshall-Inman. Photo / Alan Gibson

Claire Blair said Inman's death had a "massive effect for our community".

"It's got a pretty far-reaching effect."

The couple would drop off the donations and cards to the family tomorrow, she said.

They'd also dropped off donations to the local marae, Civil Defence and Coastguard.

"We're trying to do what we can, really.

"He was a pretty special guy."