New Zealand's first state house, in the Wellington suburb of Miramar, is now worth more than $1 million.

Wellington's rateable values (RVs) were released yesterday, updated for the first time since 2018.

It showed a jump in house values of 60 per cent and a doubling in the average land values across the city.

The property at 12 Fife Lane, Miramar, was built in 1937 and its first tenants were David and Mary McGregor.

According to New Zealand history, McGregor earned a wage of £4 7s 9d per week in 1937, and paid just over a third of this in rent.

An opening day ceremony was attended by Prime Minister Michael Joseph Savage, as well as 300 others who traipsed through the home before being asked to leave by its new occupants.

In a historic photograph, Savage lifts a dining table through the crowd towards the home's threshold.

Following a National government scheme that enabled tenants to purchase their home, the McGregors bought 12 Fife Lane in the 1950s.

When the McGregors died in the 1980s, their son sold their home back to the state, and in 1983 it was registered as a location of "very great social historical significance" by the New Zealand Historic Places Trust.

The property has been a state home ever since, with the 50th anniversary celebrated in 1987. 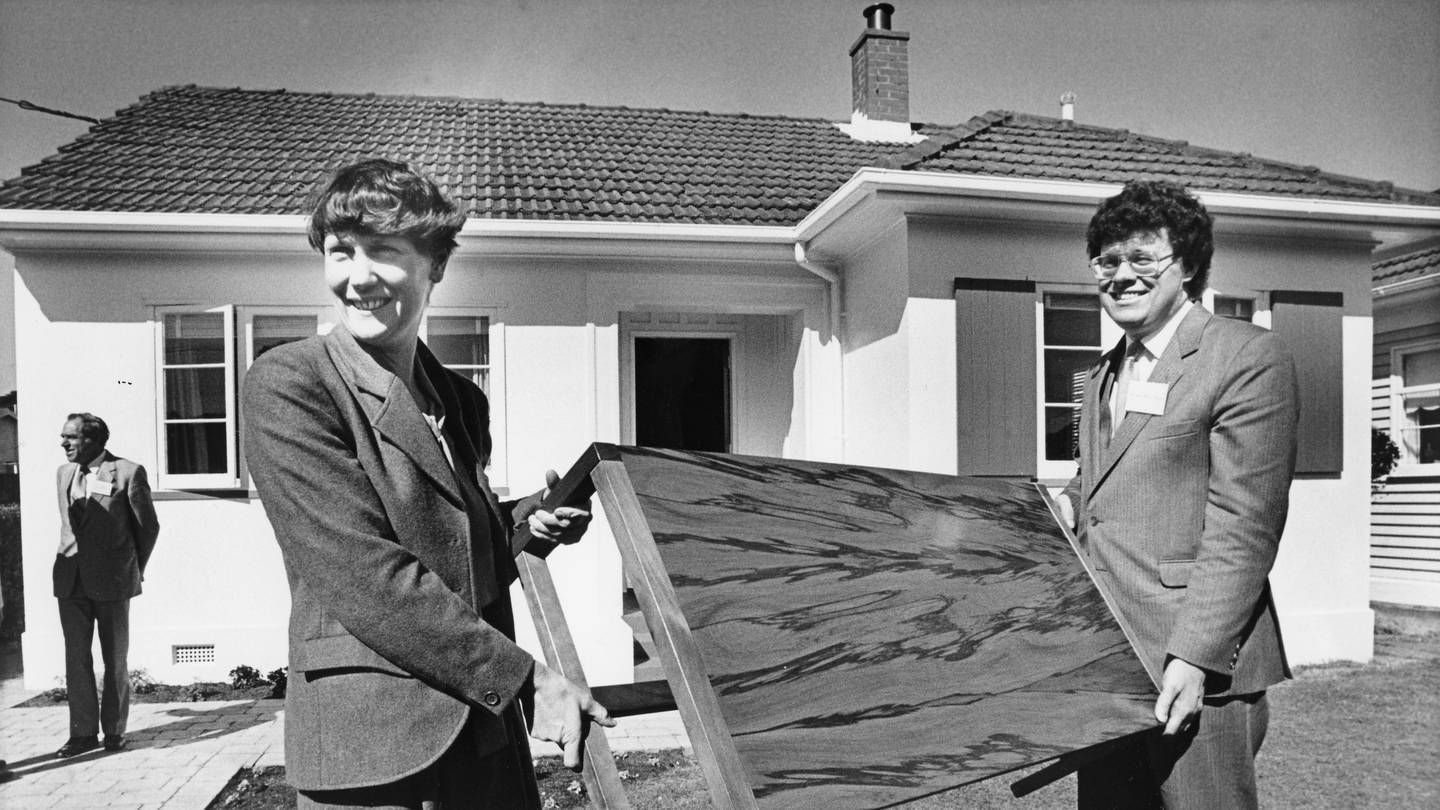 Mirroring the photo taken at the original opening, Minister of Housing, Labour's Helen Clark and local MP Peter Neilson carried a table through the same door entered in 1937 by Savage.

The three-bedroom, one bathroom home is estimated to be rented at a cost of $450-$600 a week, according to Homes.co.nz.