High winds have forced the closure of the Harbour Bridge four times as wild winds gusting over 100km/h lash the city.

Long traffic queues are forming on either side of the Auckland Harbour Bridge.

On the North Shore side traffic is congested from the Esmonde Rd on-ramp right along to the foot of the bridge. Google Maps indicates that there is a 25-minute delay.

Those travelling from Northcote are hitting the traffic near Onepoto Domain on Lake Rd and Onewa Rd. Google Maps states that there is a 17-minute delay on this route.

On the city side, there appears to be little congestion according to Google Maps with moderate traffic forming across the bridge.

Just after 11am Waka Kotahi NZ Transport Agency said all lanes had been closed due to winds gusting over 100km/h. Motorists were told to expect delays and consider using an alternative route.

Two lanes in each direction re-opened at 11.20am, but by midday reduced speed limits and some lane closures were re-introduced.

The bridge was then closed again at 12.10pm for a 10-minute period.

UPDATE 2:00PM
All lanes across the #SH1 Auckland Harbour Bridge are being reopened again. Continue to expect delays throughout the day TODAY (Mon 13 Jun) as further closures and restrictions may be required due to forecast strong wind gusts. ^MF https://t.co/neyrM2Ttyh

MetService meteorologist Tui McInnes said the weather station on the Harbour Bridge recorded wind gusts of up to 104km/h at lunchtime.

Out on Waitematā Harbour, the Bean Rock Lighthouse weather station recorded wind gusts of around 120km/h. 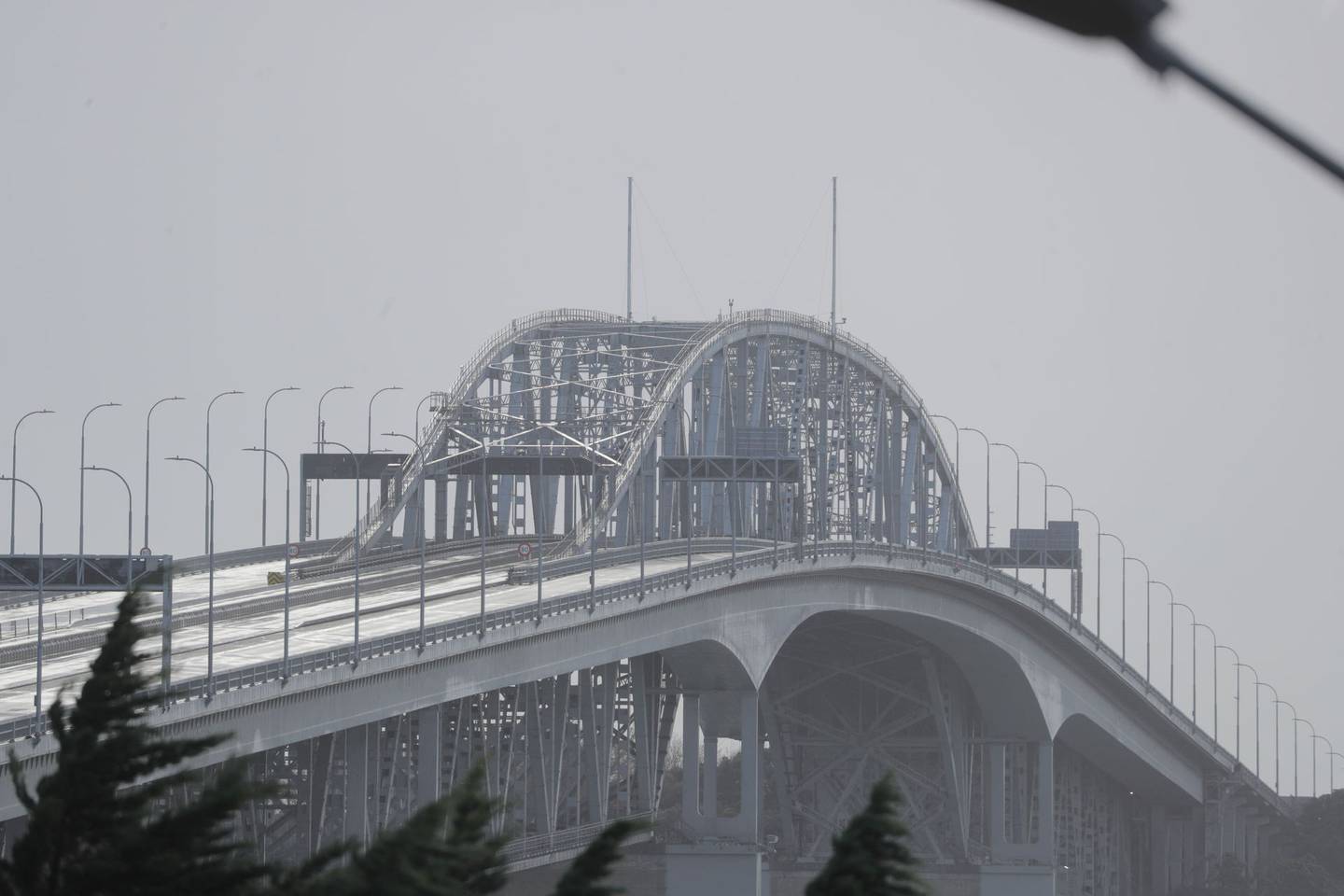 All lanes of the Auckland Harbour Bridge were closed for nearly 20 minutes as high winds battered the area. Photo / Michael Craig

New Zealand is in for another grim day as a wild winter storm rolls through - there are dozens of warnings in place, chances of isolated tornadoes and schools in the South Island have had to close due to snowfall.

A mammoth effort is underway to clear over 1.5 metres of snow from the Lindis Pass. Contractors are using loaders and tractors from both sides in an attempt to open the state highway. A mammoth effort is underway to clear over 1.5m of snow from the Lindis Pass. Photo / George Heard

The Ministry of Education said 12 schools across the country have closed as a result of the severe weather.

😱 Incredible footage from the top of the Sky Tower as the latest thunderstorm barrelled through Auckland.

Our climate station near the top gusted to 101 km/h. pic.twitter.com/aTi4hiI97h

The city can expect winds of up to 110km/h alongside thunderstorms and hail from mid-morning to mid-afternoon.

MetService meteorologist Melissa Oosterwijk said the chance of thunderstorms was higher in the morning but they could occur throughout the entire day.

Meanwhile, residents of windy Wellington can expect to be buffeted by wind gusts of up to 130km/h.

Our modelling indicates that from mid-morning through to late-afternoon gusts will be highest.

There are three severe weather warnings in place for the capital - two for rain and one for wind. 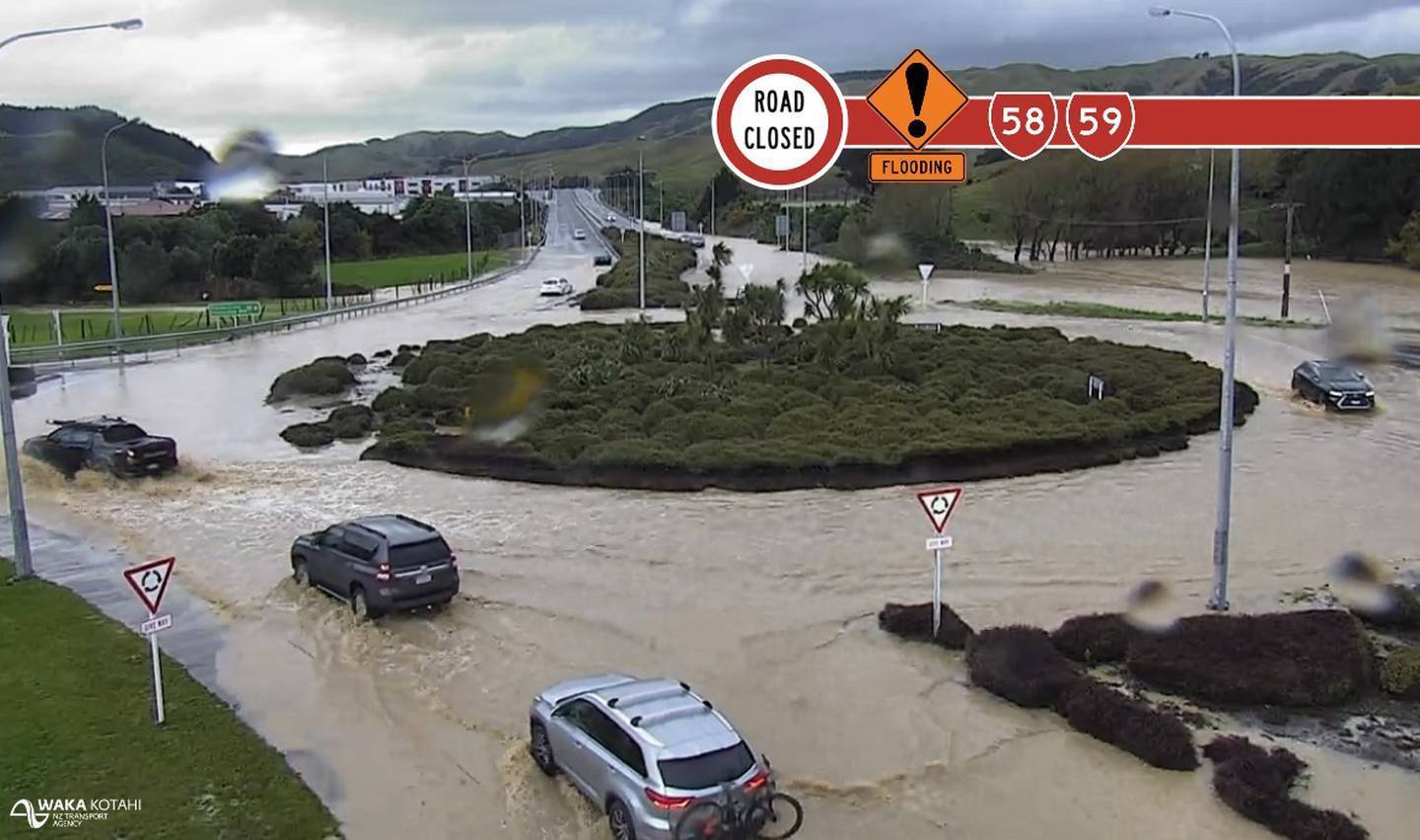 In the South Island, snow has closed schools for the day in Wānaka, with Mount Aspiring College and all primary schools in the town shutting the doors.

There are wind watches in place for most of the island, a heavy rain watch for Westland and a strong wind warning for Marlborough.

Waka Kotahi NZ Transport Agency said Lindis Pass was closed just after 10am because of heavy snow, while snow had also closed Milford Rd and the Crown Range Rd.

Forecasters are urging southerners to brace for more of the same over the next few days. 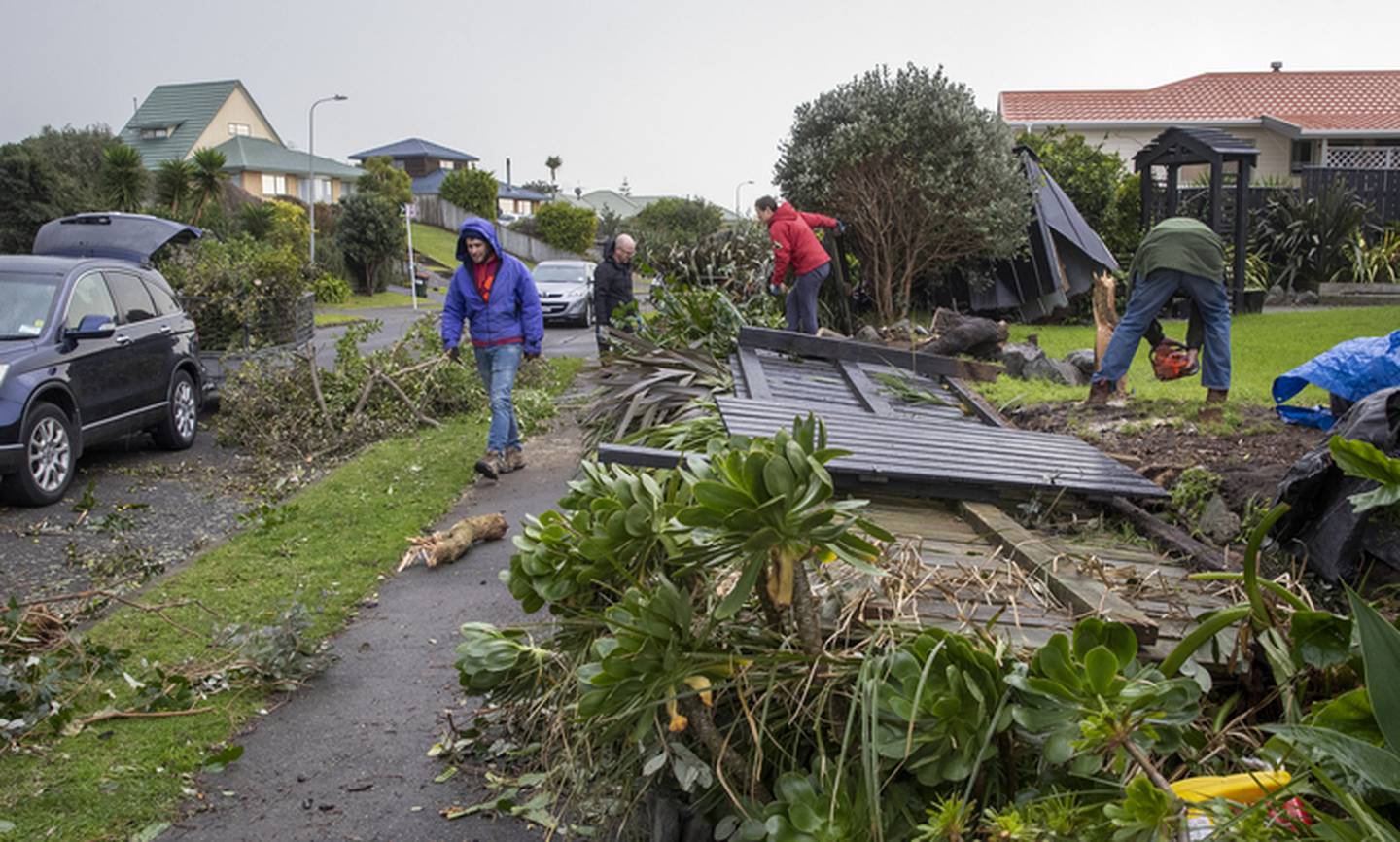 The clean-up underway on a property hit by a tornado on Barrett Drive, Waikanae Beach. Photo / Mark Mitchell

The first tornado was spotted around 4pm, while another was reported to emergency services just after 7pm.

MetService duty forecaster Gerard Bellam said heavy rainfall in the area – with 20mm an hour between 4pm and 6pm, and another 16mm between 6pm and 7pm – could produce that sort of weather activity.

In the North Island, severe thunderstorm watches are in place until 8pm tonight for Waikato, Waitomo, Taranaki, Wanganui, Manawatu, Tararua, Kapiti-Horowhenua and Wairarapa.

There is also a strong wind watch for Taranaki to Kapiti, Taihape, Gisborne, Hawke's Bay and Wairarapa, north of Featherston.

⚡7 days of lightning in 7 seconds⚡ pic.twitter.com/2QKDFPozGt

Meanwhile, New Zealand has seen 111,621 lightning strikes in the last week, with chaotic weather across much of the country.

There were 41 warnings and watches across the country last night - 18 across the North Island and 23 on the South Island.